What we’re voting for: democracy 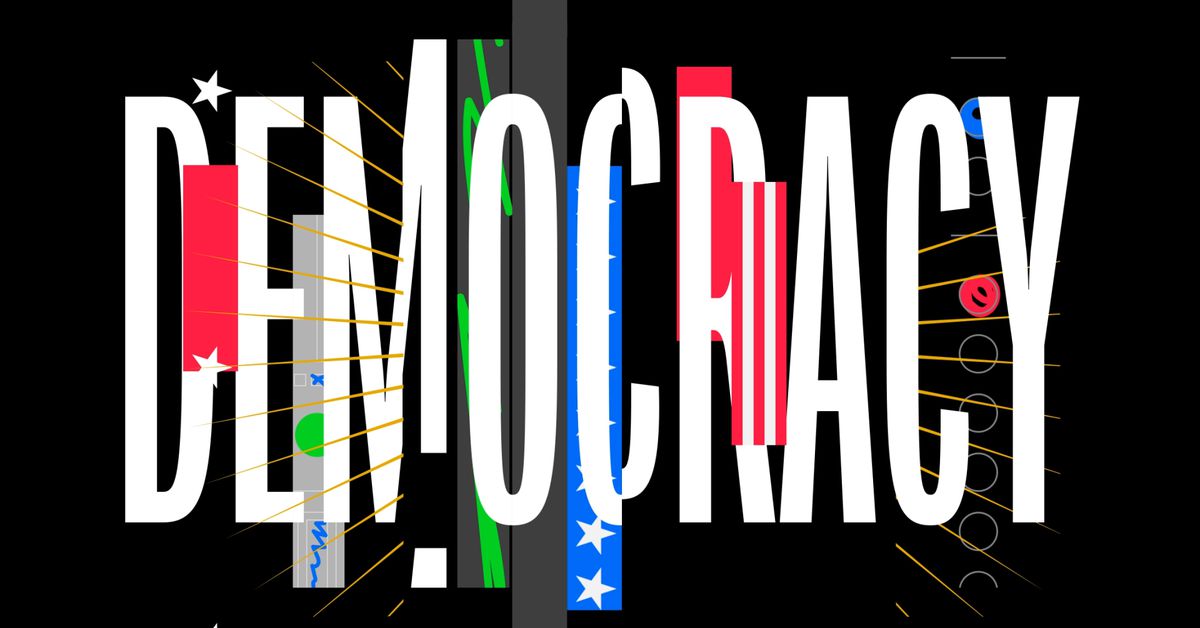 In the week leading up to Election Day, The Verge is running a series of editorials about what we’re voting for — not candidates but the ideas that move us to engage with the electoral process in the first place.

A week before the election, American democracy is not in great shape.

At least 14 states have reported some kind of voter intimidation, ranging from inconveniences to outright felonies. In Florida, armed security guards appeared outside a polling station, claiming to be working for the Trump campaign. (The campaign denied any involvement, although President Trump has encouraged supporters to “go into the polls and watch very carefully.”) In North Carolina, a Republican county commissioner was charged with misdemeanor assault after shoving a poll worker. In Boston, a ballot drop-off box was set on fire in an apparent act of political arson.

Other forms of vote suppression are entirely legal. Early voters have faced hours of waiting in Atlanta, Indianapolis, Milwaukee, and Houston — as always, centered mostly on Black and Latino neighborhoods. The rules for how ballots will be counted in Pennsylvania are still unclear, pending an appeal to the Supreme Court. A growing chorus of analysts expects that election results will be disputed, if not outright resisted.

That lack of legitimacy has alarming consequences. Actual violence against politicians is growing more common, with two separate assassination attempts against members of Congress in the past 10 years. A plot to kidnap the governor of Michigan was revealed earlier this month and has already faded from the collective memory. The idea of a democratic mandate — a platform that, having won enough votes, must be respected as the will of the people — seems impossibly quaint.

At the same time, the world of politics has never felt further away from everyday life. Even in the midst of twin economic and public health crises, the political conversation has never strayed far from the president — what he wants, how he feels, who he’s angry at today. It can feel like a TV drama, with intense stakes for the players but no real consequence for folks on the other side of the screen. As more of the government descends into polarization and gridlock, the meaningful benefits of political action have receded, and the stakes of government have gotten further and further away.

These are two sides of the basic bargain of democracy: power for accountability. Politicians can rule us as long as they work for us. The government can wield legitimate power only so long as it’s accountable to the public. As the organs of government get less accountable, it’s no surprise its power starts to feel less legitimate, and the entire project starts to come apart at the seams.

It doesn’t have to work this way. We’ve neglected the mechanisms of democracy, but they’re still there if you look for them. You can start by looking down-ballot, away from the national circus and toward the candidates who answer directly to your local communities. Demand town hall appearances (even if they’ll be virtual for now), and ask hard questions. If you want to take on police violence, it’s more powerful to win 3,000 district attorney races than one presidential race — and the only way to make it happen is one district at a time. If you want to take on climate change, think about the fossil fuel infrastructure that’s being built within 50 miles of where you’re sitting right now. Even the push and pull of local zoning rules can have huge consequences.

Then, there’s the right to vote itself. The promise of democracy is that everyone gets to vote, and everyone’s vote counts equally — but it’s increasingly difficult to take that promise at face value. We can no longer afford to ignore voter intimidation and disenfranchisement, whether it’s an armed rally at a polling place or a county election board shifting resources away from certain communities. That could start with expanding and restoring the protections of the Voting Rights Act, but it shouldn’t stop there. We should go further, recognizing this kind of thuggish electioneering as an existential threat to democracy.

Underneath it all, we need to rethink the way we relate to our government. Politics isn’t a TV show, and it’s not a debating society. The more we focus on the daily circus, the harder it is to keep an eye on what the government is actually doing and hold it accountable for the ways it’s falling short. We need to focus less on which leaders are rising or falling in power and more on how their actions are impacting the world at large. We’re making real moral choices with real impacts on people’s lives — all of us, as a country, together. Facing an ongoing pandemic, ecological crisis, and economic collapse, the stakes have rarely been higher.

So for the next week, we’ll be running down some of the things we want from politics. In concrete terms, this is what we’re voting for — the ideas, values, and projects that move us to engage with the bewildering hairball that is the US electoral process. Unlike most of what you read about politics over the next week, this won’t be about the presidential race. These fights are bigger than Donald Trump and Joe Biden, and they won’t end on November 3rd. And in the background of everything is the fight I’ve laid out here, the fight for a functioning political system. Like so much else, democracy only works if you use it.