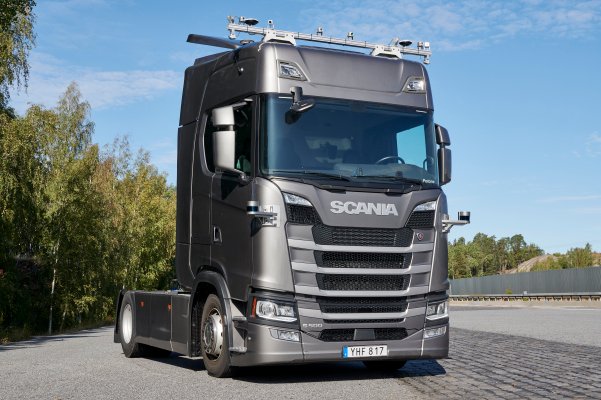 The Traton Group, Volkswagen AG’s heavy-truck business, has taken a minority stake in TuSimple as part of an agreement between the two companies to develop self-driving trucks.

Neither company disclosed the financial terms of the partnership or the percentage of the minority stake. Traton did make a direct capital investment into TuSimple, according to one unnamed source familiar with the deal. It’s unclear if it also included in-kind contributions.

Traton’s investment is not part of TuSimple’s recent effort to raise $250 million in a Series E round. raton Group does have an option to participate in the round.

The two companies outlined Wednesday plans to launch a development program that will use Traton’s Scania trucks equipped with TuSimple’s automated vehicle technology. The companies said testing will begin with a route between Södertälje to Jönköping in Sweden. The trucking manufacturer ultimately wants to test driverless truck fleets on roads throughout Sweden, Germany and other countries.

The companies didn’t provide details on the scope of the program or timelines, beyond plans to “work closely” to develop Level 4 autonomous systems for trucks of the Traton brands. Specifically, Traton said the aim is for these trucks to have Level 4 capabilities, which they define as being able to “achieve full automation without human intervention under defined driving conditions and applied in all markets.”

Traton said this could serve as a means of counteracting the increasing lack of drivers in the medium term. The first cases of deployment could be conducted outside of the specially demarcated areas, particularly for highly frequented hub-to-hub routes, Traton said in its announcement.

The partnership will expand TuSimple’s autonomous vehicle operations beyond the U.S. and China to Europe. The startup, which is backed by Sina, Nvidia, UPS and Tier 1 supplier Mando Corporation, operates a fleet of 40 self-driving trucks in the U.S. that are used for testing and to carry freight between Arizona and Texas. The company, which launched in 2015 and has operations in China, San Diego and Tucson, Arizona.

The partnership also tightens the connection between Traton, TuSimple and Navistar. In July, TuSimple announced plans to develop and begin producing autonomous semi trucks by 2024 in partnership with Navistar. The plan is to move away from retrofitting the Navistar International commercial trucks that TuSimple currently uses and instead develop semi trucks specifically designed for autonomous operations. The strategic partnership included Navistar taking an undisclosed stake in startup TuSimple.

Meanwhile, Traton holds a 16.6% stake in Navistar, which it acquired by buying $256 million worth of shares in September 2016. The two companies could end up getting closer. In January, Traton made an unsolicited bid to buy the remaining Navistar stock that it doesn’t own for $35 share. Traton upped its offer this month to $43 a share, or about $3.9 billion, Bloomberg reported earlier this monthh.