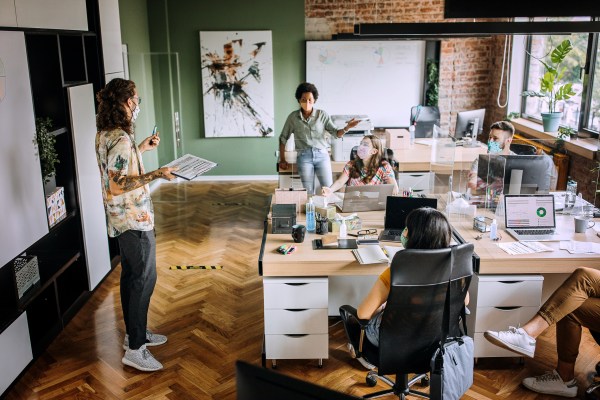 Vivun’s co-founder and CEO, Matt Darrow used to run pre-sales at Zuora and he saw that pre-sales team members had a lot of insight into customers. He believed if he could capture that insight, it would turn into valuable data to be shared across the company. He launched Vivun to build upon that idea in 2018, and today the company announced an $18 million Series A.

Accel led the round with participation from existing investor Unusual Ventures. With today’s investment, Vivun has raised a total of $21 million, according to the company.

Darrow says that the company has caught the attention of investors because this is a unique product category and there has been a lot of demand for it. “It turns out that businesses of all sizes, startups and enterprises, are really craving a solution like Vivun, which is dedicated to pre-sales. It’s a big, expensive department, and there’s never been software for it before,” Darrow told TechCrunch.

He says that a couple of numbers stand out in the company’s first year in business. First of all, the startup grew annual recurring revenue (ARR) six fold (although he wouldn’t share specific numbers) and tripled the workforce growing from 10 to 30, all while doing business as an early stage startup in the midst of a pandemic.

Darrow said while the business has grown this year, he found smaller businesses in the pipeline were cutting back due to the impact of COVID’s, but larger businesses like Okta, Autodesk and Dell Secureworks have filled in nicely, and he says the product actually fits well in larger enterprise organizations.

“If we look at our value proposition and what we do, it increases exponentially with the size of the company. So the larger the team, the larger the silos are, the larger the organization is, the bigger the value of solving the problem for pre-sales becomes,” he said.

After going from a team of 10 to 30 employees in the last year, Darrow wants to double the head count to reach around 60 employees in the next year, fueled in part by the new investment dollars. As he builds the company, the founding team, which is made up of two men and two women, is focused on building a diverse and inclusive employee base.

“It is something that’s really important to us, and we’ve been working at it. Even as we went from 10 to 30, we’ve worked to pay close attention to [diversity and inclusion], and we continue to do so just as part of the culture of how we build the business,” he said.

He’s been having to build that workforce in the middle of COVID, but he says that even before the pandemic shut down offices, he and his founding partners were big on flexibility in terms of time spent in the office versus working from home. “We knew that for mental health strength and stability, that being in the office nine to five, five days a week wasn’t really a modern model that would cut it,” he said.

Even pre-COVID the company was offering two quiet periods a year to let people refresh their batteries. In the midst of COVID, he’s trying to give people Friday afternoons off to go out and exercise and relax their minds.

As the startup grows, those types of things may be harder to do, but it’s the kind of culture Darrow and his founding partners hope to continue to foster as they build the company.