Vietnam has detained prominent human rights campaigner and writer Pham Doan Trang hours after the conclusion of its annual human rights dialogue with the United States.

Trang, a 42-year-old former journalist-turned-activist, was arrested at her home in Ho Chi Minh City on Tuesday night, and charged with “conducting anti-state propaganda”, an offence that carries a jail term of long as 20 years, Defending the Defenders said in a statement.

So far this year, Vietnam has arrested at least 25 activists as well as 29 land petitioners, bringing the total number of prisoners of conscience to 258, the rights group added.

“Despite suffering years of systemic government harassment, including severe physical attacks, Trang has remained faithful to her principles of peaceful advocacy for human rights and democracy,” Robertson said. “Her thoughtful approach to reforms and demands for people’s real participation in their governance are messages the Vietnam government should listen to and respect, not repress.”

Trang’s writing covers a wide range of issues including LGBTQ rights, women’s rights, the environment, and democratic activism. Most of her work is published clandestinely including the best-selling Politics for the Common People, which is akin to a guide for fledgeling activists.

She is also known for her on-the-ground activism, taking part in rallies in support of imprisoned dissidents, the environment and in response to China’s maritime claims in the South China Sea.

Trang has been on the radar of the security forces for more than 10 years and has been detained and harassed a number of times, including while she was on her way to a meeting with then-US President Barack Obama in 2016, and, a year later, after she met a European Union delegation on a fact-finding mission ahead of its annual human rights dialogue with Vietnam.

Her latest arrest came only a few hours after Vietnam had wrapped up its annual human rights dialogue with the US. The US State Department said in a statement that the virtual meeting lasted three hours and covered a range of rights issues including “continued progress and bilateral cooperation on the rule of law, freedom of expression and association, religious freedom and labor rights”.

It added that the promotion of human rights and fundamental freedoms were a “critical pillar” of US foreign policy.

Vietnam’s ruling Communist Party is currently preparing for its National Congress, which is expected to take place in early January. The authorities have tightened security and intensified their crackdown on political dissidents, social activists, and human rights defenders in the run-up to the event, which takes place every five years.

What pandemic? Crowds swarm the Great Wall of China as travel surges during holiday week

Businessman Andrew Yang will join Young Americans for Biden and youth-focused organizations Student Debt Crisis and Rise, as well as the student loan start-up Savi, for a town hall and phone bank Wednesday.

During the virtual event with Yang, Student Debt Crisis, Rise and Savi will announce the launch of a new joint initiative between the groups, which includes a student loan education tool and hotline for student loan borrowers.

“With 45 million student loan borrowers, it’s a massive bloc of voters who could easily tip the election and Rise’s work with Student Debt Crisis is the first concerted effort to define ‘student loan voter’ as a category with political power,” Rise CEO Maxwell Lubin told CNN.

In September, Rise and Student Debt Crisis teamed up to endorse the Biden-Harris ticket. Wednesday’s virtual event with Yang marks the first time the student-focused groups will partner with Savi.

Rise, a student-led advocacy group with chapters on college campuses across the country, has mobilized more than 80,000 students in battle ground states with a get out the vote campaign since the summer, Lubin said.

Student Debt Crisis is a national organization dedicated to teaching young people how to manage their student loans. They regularly hold clinics to help young people understand their loans and work nationally to reform student debt and higher education policies. 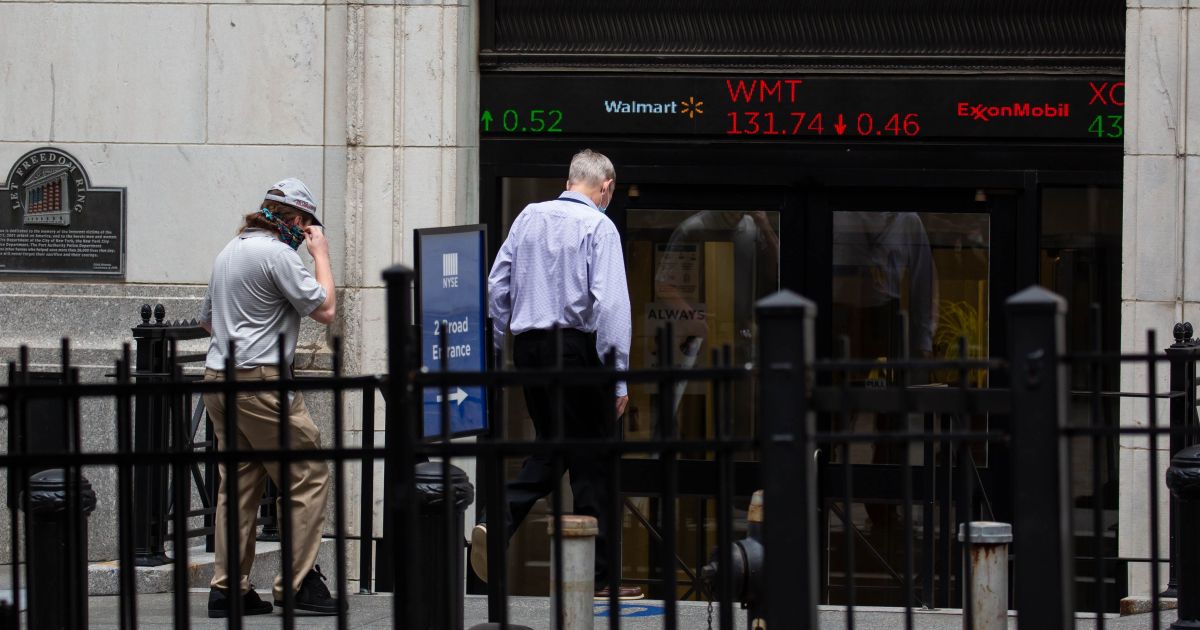 Investors are increasingly worried that Democratic legislators and the White House may not reach a deal on a vital stimulus package before Election Day.

The S&P 500 – a gauge for the health of US retirement and college savings reports – lost 0.22 percent, while the tech-heavy Nasdaq Composite Index shed 0.28 percent.

White House Chief of Staff Mark Meadows said that while there are a number of differences between the White House and Congressional Democrats, Republican President Donald Trump was “willing to lean into” working on an agreement.

Before starting afternoon talks with Treasury Secretary Steven Mnuchin, US House Speaker Nancy Pelosi said there was still a chance for a deal despite resistance from Senate Republicans, though she acknowledged it might not pass until after the November 3 Election Day.

“As long as she keeps dangling the carrot out there that there’s still a chance that something could get done, investors continue to remain optimistic,” said Michael James, managing director of equity trading at Wedbush Securities in Los Angeles, California.

“You would rather have more long exposure than have too much cash if an agreement is reached. That’s a big if,” James added.

James said investors were holding out hope a deal could be reached on Thursday.

“Everybody’s going to be sitting on pins and needles waiting for the next headline between now and the end of tomorrow’s trading day,” he explained.

After the closing bell, Pelosi spokesman Drew Hammill said the day’s session “brings us closer to being able to put pen to paper to write legislation”.

Instead of ploughing money into the market broadly, Michael O’Rourke, chief market strategist at JonesTrading in Stamford, Connecticut said investors picked stocks as they looked at third-quarter financial results.

Of the 11 major industry sectors, nine closed lower, with energy leading the percentage decliners. Communications services was the biggest gainer.

Shares in Snapchat messaging app owner Snap Inc finished up 28 percent after it beat user growth and revenue forecasts, as more people signed up to chat with friends and family during the COVID-19 pandemic.

Dampening the mood, however, was Netflix Inc, which tumbled almost 7 percent after it kicked off earnings for the market’s high-flyers club. The video-streaming service missed expectations for subscriber growth as competition increased and live sports returned to television.

Of the 84 S&P 500 firms that have reported third-quarter results, 85.7 percent have topped expectations for earnings, according to IBES Refinitiv data.

Investors also have their eyes on the upcoming elections. Trump and Democratic challenger Joe Biden will face off in their second and final debate on Thursday night.

Will voting in a non-battleground state make a difference?

The presidency isn’t all that’s at stake on Election Day.

How does my vote matter if I don’t live in a presidential battleground state?

There are still plenty of other races where your vote makes a difference. In fact, voters in almost every state will have a chance to influence both national and local decisions through down-ballot races.

Voters in two-thirds of the states will be electing a US senator. Each one of those races matters for control of the chamber, because Republicans currently hold only a slim majority of 53 of the 100 seats.

The importance of controlling the Senate is evident in the confirmation hearings for President Donald Trump’s nominee to the US Supreme Court, Amy Coney Barrett. Because they control the Senate, Republicans are pressing to quickly confirm the conservative jurist. She would replace the late liberal icon, Ruth Bader Ginsberg, and Democrats are virtually powerless to stop it.

Voters in 11 states also will be electing governors, who will shape the state’s response to the coronavirus pandemic and other contentious issues, including abortion, crime, climate change and racial inequalities.

And voters in almost all states will be electing state legislators who will determine spending for such things as public schools and colleges, infrastructure and healthcare for low-income residents.

This year’s legislative elections are even more important than usual. That is because they are the last before new round of redistricting based on the results of the 2020 census. There are more than 5,000 legislative races in 35 states where the winners will have a role in redrawing US House and state legislative districts for the next decade. How they draw those voting districts could determine which party has an advantage in future elections, and thus which policies are pursued.

Politics Podcast: How Voting Is Going So Far In 2020