Six Russian intelligence officers accused of launching some of the “world’s most destructive malware” — including an attack that took down the Ukraine power grid in December 2015 and the NotPetya global ransomware attack in 2017 — have been charged by the U.S. Justice Department.

Prosecutors said the group of hackers, who work for the Russian GRU and reside in Russia, are behind the “most disruptive and destructive series of computer attacks ever attributed to a single group.”

“No country has weaponized its cyber capabilities as maliciously or irresponsibly as Russia, wantonly causing unprecedented damage to pursue small tactical advantages and to satisfy fits of spite,” said John Demers, U.S. U.S. assistant attorney general for national security. “Today the Department has charged these Russian officers with conducting the most disruptive and destructive series of computer attacks ever attributed to a single group, including by unleashing the NotPetya malware. No nation will recapture greatness while behaving in this way.” 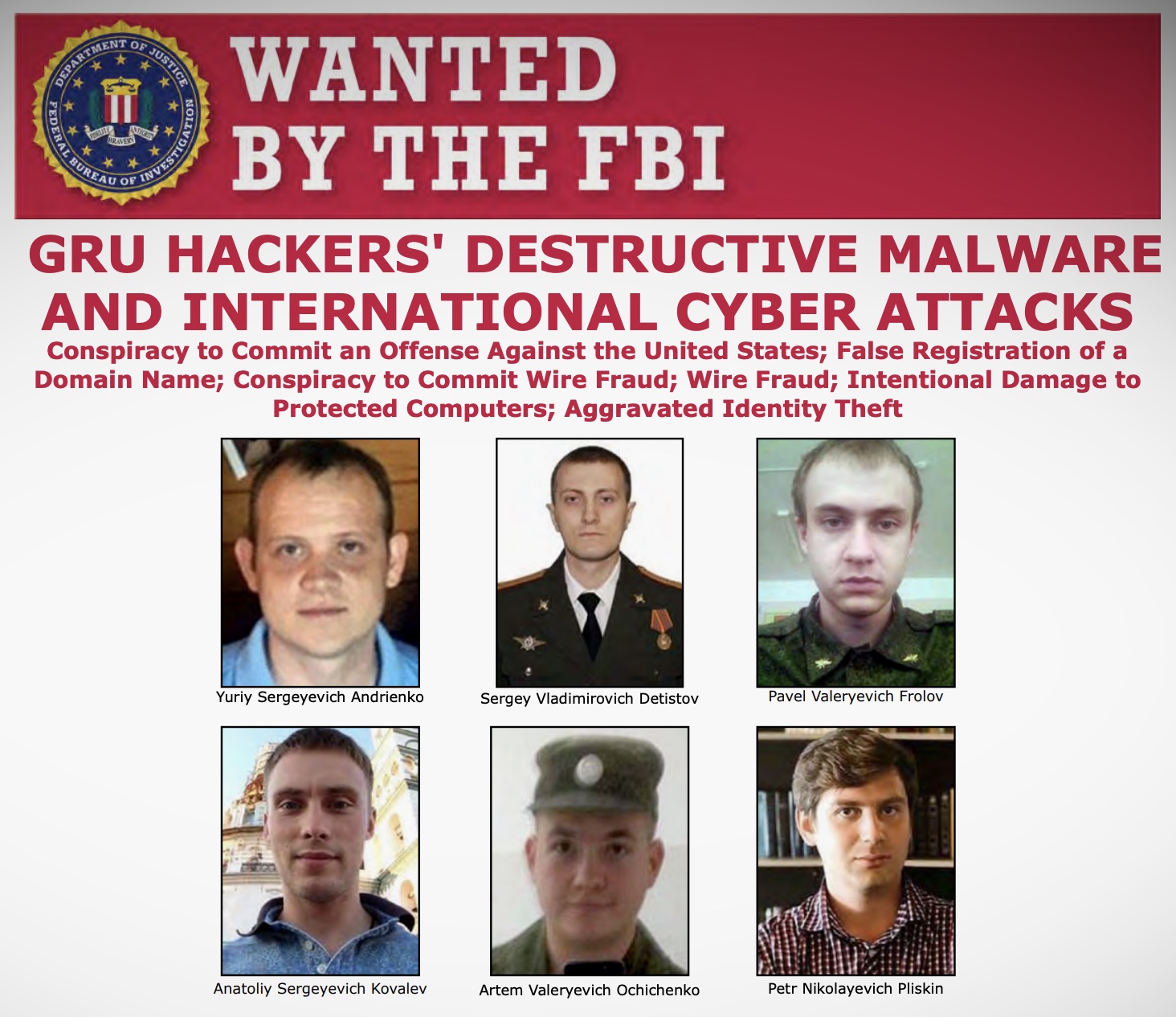 In charges laid out Monday, the hackers are accused of developing and launching attacks using the KillDisk and Industroyer (also known as Crash Override) to target and disrupt the power supply in Ukraine, which left hundreds of thousands of customers without electricity two days before Christmas. The prosecutors also said the hackers were behind the NotPetya attack, a ransomware attack that spread across the world in 2017, causing billions of dollars in damages.

The hackers are also said to have used Olympic Destroyer, designed to knock out internet connections during the opening ceremony of the 2018 PyeongChang Winter Olympics in South Korea.

Prosecutors also blamed the six hackers for trying to disrupt the 2017 French elections by launching a “hack and leak” operation to discredit the then-presidential frontrunner, Emmanuel Macron, as well as launching targeted spearphishing attacks against the Organisation for the Prohibition of Chemical Weapons and the U.K.’s Defence Science and Technology Laboratory, tasked with investigating the use of the Russian nerve agent Novichok in Salisbury, U.K. in 2018.

The Razer BlackWidow Lite Sheds Its Number Pad to Fit on Your Tiny Desk, Now $70