Twitter is adding prompts, hashtags, and emoji to promote early voting in the US 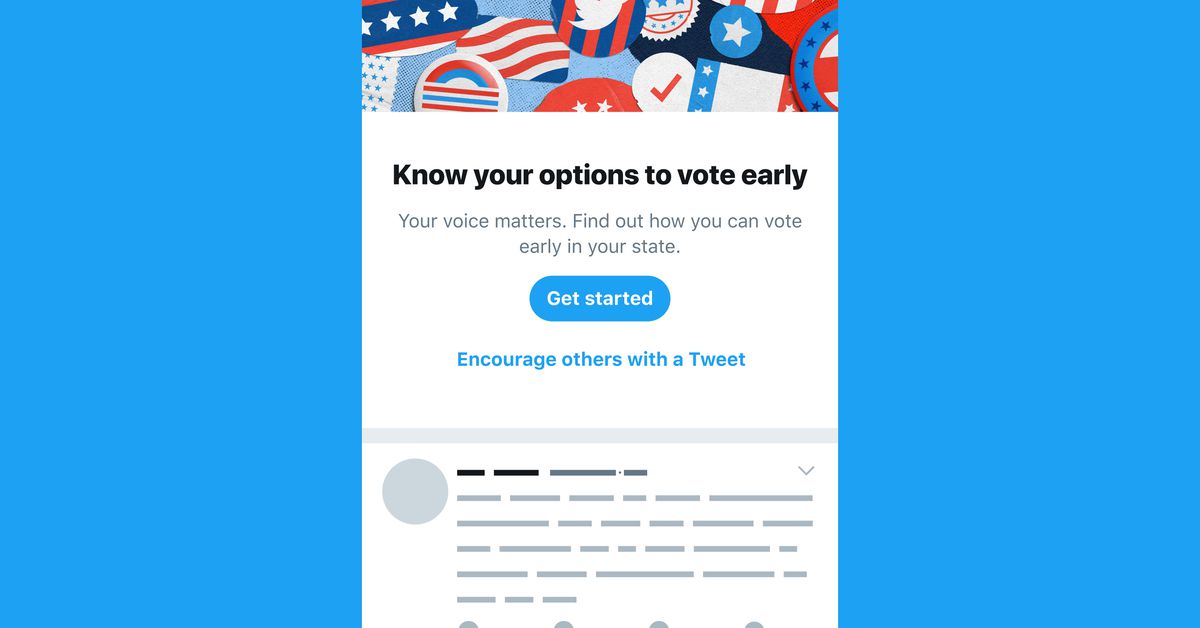 Starting today, US Twitter users will get prompts in their home timelines to encourage them to vote early, as the November 3rd presidential election approaches.

The updates will include push alerts directing to on-Twitter public service announcements, prompts to vote early and find early voting options from nonpartisan voting advocacy group BallotReady, and interactive features, including an animated “like” button” and custom emoji for the hashtags #VoteEarly, #IVoted, #IVotedEarly, and #YoVoté.

“As voters face unprecedented challenges when casting their ballot in the upcoming 2020 US elections, Twitter is doing what we can to ensure that people have access to the reliable information they need in order to exercise their right to vote,” the company said in a blog post authored by Twitter public policy director Bridget Coyne and senior product manager Sam Toizer.

Twitter has introduced numerous measures aimed at reducing confusion around the presidential election. This week, it temporarily changed the way it handles retweets to prevent misinformation from spreading, adding some friction to the process. So when users click the “retweet” button, Twitter will encourage them to comment before sharing, making it a quote tweet instead.

Last month, Twitter announced a new set of rules to address misinformation ahead of the US election, which included plans to label or remove tweets with false information about election rigging and results. It added an election hub with information in English and Spanish and said it would label posts from candidates prematurely declaring victory. Twitter banned all political advertising last year.

Twitter says it has already increased its staff working on the US election to respond to any Election Day issues that arise.