Trump’s TikTok ban is a gross abuse of power 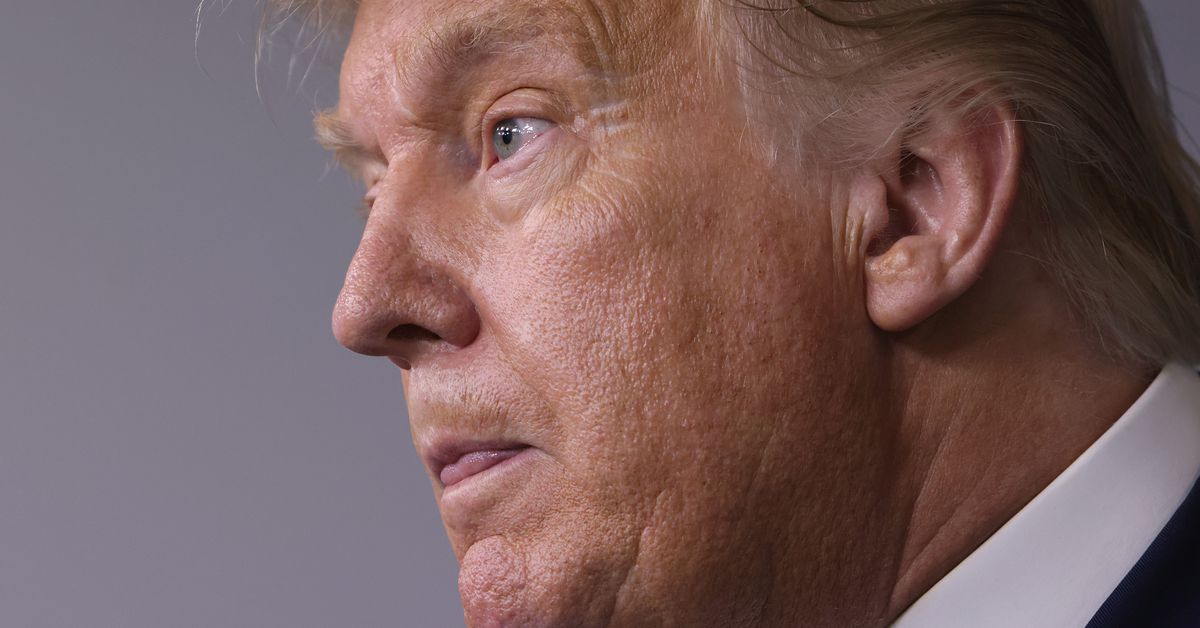 Update: This piece was originally published on August 11th and has been updated to reflect the official commerce order banning transactions with ByteDance.

On September 18th, the Department of Commerce issued its first implementation of President Trump’s TikTok ban, set to take effect on September 20th. The order calls for a complete halt of all US transactions with TikTok’s parent company, ByteDance, blocking new downloads but leaving existing versions of the app in place. It’s a severe response to national security concerns that are still abstract, and a more involved ban is still scheduled for November. Many observers have sidestepped the alarming implications of the order, treating it as a tactical threat to speed along ongoing negotiations with Oracle. But if the TikTok ban is a bargaining tactic, it’s an incredibly dangerous one.

If the TikTok ban is a bargaining tactic, it’s an incredibly dangerous one

Make no mistake: something ugly and unprecedented is happening here. A social network that’s used by millions of people is set to be banned by presidential fiat, with no public evidence of wrongdoing and only the thinnest gesture at constitutional restraints to executive power. The fact that this action appears to be legal only makes it uglier. If Trump follows through on his threat, the result would be a disastrous precedent for US software and an alarming milestone in the United States’ descent into belligerence and corruption.

It’s all the more alarming because we have no clear indication of why it’s happening. TikTok has been the subject of a national security review for about a year now, performed under the Committee on Foreign Investment in the United States (CFIUS). But this executive order is far outside the usual CFIUS process, and there’s simply no evidence that the review found anything out of the ordinary. The executive order lists a range of general concerns like data collection or the possibility of disinformation, but there’s nothing that wouldn’t apply to dozens of other apps. The White House has presented no evidence showing improper data collection by TikTok or exceptional ties between ByteDance and the Chinese government. If anything, we’ve seen the opposite: a recent CIA assessment obtained by The New York Times found no evidence that the app had been used by Chinese spy agencies to intercept data.

The US has forced Chinese interests out of US tech companies before — most recently after Chinese investors purchased a stake in Grindr — but there has never been an emergency order like this. No president has ever labeled the existence of a program on American devices as a national emergency or invoked emergency powers against a piece of software. And while the Oracle arrangement seems to offer TikTok an out, the chaos surrounding the entire project makes it far from a sure thing. These are unprecedented measures, and there’s been no explanation for why TikTok specifically is alarming enough to justify them.

The obvious precedent is the Huawei ban, which saw the Chinese equipment manufacturer cut off not just from supplying US networks but from any transactions with US companies around the world. But TikTok is different in several crucial respects. The concern with Huawei was network hardware: infrastructure-level devices that can’t be adequately vetted or monitored once embedded in the network. Phone networks are a long-standing point of national security interest, and the government has long played an active role in the system as a result. But none of that is true of consumer apps on consumer phones.

At the same time, Trump has given us plenty of reason to worry about corrupt motives for the recent shift. The most recent interest in TikTok kicked in after the president’s half-hearted rally in Tulsa in July, in which some of the meager turnout was blamed (fairly or not) on an anti-Trump troll campaign that originated on TikTok. Beyond that particular incident, it’s unusual to kick off such a high-stakes conflict just three months before an election, which suggests the president may be using this as a political ploy, heightening the drama to maximal effect. After the disastrous trade war, going after TikTok may be Trump’s only chance for a political win against China.

Divestiture should be approached methodically, like a business deal instead of a demented game show

There is a host of other confounding issues in the mix. In a bizarre stroke of luck, Facebook is launching its TikTok competitor (or, less charitably, clone) within Instagram at the same time that the future of the rival social network is cast into doubt. None of these are smoking guns, but they’re the kinds of concern that would usually be overcome through transparency and adherence to established processes. With Trump, we have neither, which makes them much harder to shake off. As is often true in national security moves, we’re being asked to trust the president’s judgment — but now we have clear reasons not to.

There are still real concerns about the Chinese government’s level of access to TikTok, and it would be foolish to ignore them. The Chinese government remains committed to policies of censorship and surveillance, and recent arrests in Hong Kong have only underscored how brutal and repressive that system can be. (Trump has been broadly supportive of the arrests, saying in an interview on August 11th, “For years, Hong Kong was making money that we could’ve been making.”)

But Trump’s ban is not the only possible response to those policies. There have already been more measured proposals to limit TikTok’s use by federal employees or campaign workers. As pressures mount, ByteDance could be forced to submit to a public audit of its software and personnel, with further consequences if the audit is avoided. If divestiture is necessary, it could be approached methodically, like a business deal instead of a demented game show.

But we haven’t taken the reasonable path, which raises the uncomfortable question of how much Washington cares about TikTok at all. I have no particular love for ByteDance or its subsidiaries, but the app has brought together a community that’s worthy of respect. Destroying that community would be offensive and sad, like banning a book or destroying a film. The nature of American politics means that most of the people deciding TikTok’s fate will have little experience actually using the app, but they should understand that there is something important at stake here. So far, there’s no sign they see it as anything more than a hostage.

What makes Checkout.com different from Stripe

Calling VCs in Zurich & Geneva: Be featured in The Great TechCrunch Survey of European VC