Trump says US ‘learning to live’ with COVID-19: US election news

Hello and welcome to Al Jazeera’s continuing coverage of the United States elections. This is Joseph Stepansky.

10:44 ET – President Trump says he is ‘looking forward’ to the debate

While continuing treatment for coronavirus on his first full day back at the White House, US President Donald Trump said in a tweet that he was feeling great, and looking forward to the next presidential debate scheduled for October 15.

His opponent Joe Biden has said he would attend the debate if medical experts said it was safe.

It is unclear exactly when and where the president contracted the virus and how long he might remain contagious.

I am looking forward to the debate on the evening of Thursday, October 15th in Miami. It will be great!

Democrat Joe Biden is expanding his ad buys into every corner of Ohio as early voting begins Tuesday, signalling his campaign’s growing hopes that a state Trump won easily four years ago may be within his grasp.

The new spots will air on radio in rural, traditionally Republican areas of the state, the campaign told The Associated Press, as well as on TV in Dayton.

Toni Webb, Biden’s Ohio state director, said the presidential candidate will use the ads to speak “directly with hardworking families across the Buckeye State about his positive vision for unifying the country” – including his plans to “strengthen healthcare, build our economy back better, and deliver for working families”.

Trump carried Ohio over Democrat Hillary Clinton by a comfortable eight percentage points in 2016. He now finds himself locked in a competitive battle for the Midwestern battleground and its 18 electoral votes, with polls showing the candidates tied with 97 percent of voters saying their minds were made up.

09:30 ET – Trump tweets US is ‘learning to live’ with coronavirus

Defying critics, Trump has tweeted that US citizens are learning to live with COVID-19, a day after he returned to the White House for further intensive treatment after being hospitalised with the coronavirus.

Trump, who returned late on Monday after nearly four days at Walter Reed National Military Medical Center outside Washington, was due to receive a fifth transfusion of the antiviral drug remdesivir while being treated with the steroid dexamethasone, normally used only in the most severe cases.

Trump has repeatedly played down the disease, which has killed more than one million people worldwide. The US has the world’s highest death toll from the pandemic, with more than 209,000 fatalities. Trump has also not addressed the fact that his access to healthcare and leading therapeutics is far more privileged than that of most citizens.

“Many people every year, sometimes over 100,000, and despite the Vaccine, die from the Flu. Are we going to close down our Country? No, we have learned to live with it, just like we are learning to live with Covid, in most populations far less lethal!!!” Trump tweeted on Tuesday.

Flu season is coming up! Many people every year, sometimes over 100,000, and despite the Vaccine, die from the Flu. Are we going to close down our Country? No, we have learned to live with it, just like we are learning to live with Covid, in most populations far less lethal!!!

Meanwhile, an NBC/Wall Street Journal poll has Biden up 14 points nationally. Both polls were conducted after the debate last week but before Trump was diagnosed with COVID-19.

Read all the updates from Monday, (October 5) here.

After emerging from voting early in-person in Florida, President Trump continued to try to cast doubt on mail-in voting, saying his chosen method was “much more secure.”

“It was a very secure vote, much more secure than when you send in a ballot. I can tell you that. Everything was perfect, very strict, right by the rules. When you send in your ballot, it could never be secure like that,” the President said.

Voting experts have disagreed with Trump’s ongoing assault against mail-in voting and his questioning of its security and reliability.

Trump, who changed his voter registration to Florida in September last year, told reporters it was an “honor” to be voting in the state, where he held rallies on Friday. Florida is a key battleground in this year’s election, and both campaigns have put a lot of resources into the state.

Some data: A CNN poll on Florida this week showed 50% of likely voters say support Joe Biden while 46% said Trump. The difference between the two is right at the poll’s margin of sampling error.

Former Vice President Joe Biden and aligned Democratic committees maintained a substantial cash advantage of more than $107 million over President Trump and his political operation in the final weeks of the campaign, according to a new round of filings that capture last-minute fundraising and spending.

Here’s what the reports show:

The President’s political operation has struggled to compete financially with Biden in recent months, and Trump has headed to high-dollar fundraising events to shore up his cash position in the waning days of the presidential campaign.

On Thursday — just hours before the pair’s final confrontation on the debate stage — Trump made an appearance at a Nashville fundraiser that was expected to bring in $8 million for the campaign. On Friday, Trump campaign officials announced a $26 million haul around the debate for the campaign and affiliated GOP committees, marking the reelection effort’s largest digital fundraising day.

The President insists he has enough funds to prevail on Nov. 3 — as he did four years ago, despite being outspent by his then-rival Hillary Clinton.

“We don’t need money,” Trump said during Thursday night’s debate. “We have plenty of money. In fact, we beat Hillary Clinton with a tiny fraction of the money that she was able” to raise. 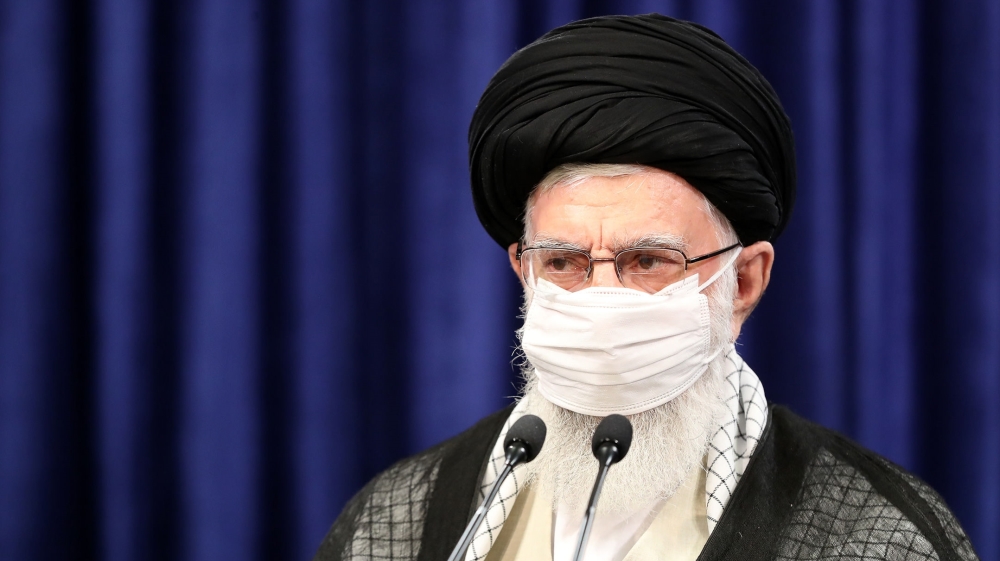 In a rare face-to-face meeting with members of the national coronavirus task force on Saturday, Khamenei said Iran needed to persuade public opinion so people and different organisations can work together to stem the spread of the novel coronavirus.

“Since security and economic aspects also arise from this illness, the health of the people should be the priority in making decisions,” he said, according to the supreme leader’s Farsi website.

The meeting was held a day after Iran’s highest single-day infection rate of 6,134 was recorded.

The number of daily infections has almost doubled in the past month as Iran battles a third wave of the deadly virus.

As health ministry spokeswoman Sima Sadat Lari announced on Saturday, 335 more people died of the coronavirus in Iran in the past 24 hours, bringing the total death toll to 32,320.

She said 5,814 more infections were recorded, taking the total tally to 562,705 since the first case was reported in Iran in February.

During his speech, Khamenei ordered the immediate formation of an “operational headquarters” for the national coronavirus task force to monitor implementation of guidelines.

On Friday, the government imposed new restrictions for the capital, Tehran, as well as across the country in response to the increase in the number of deaths, infections and hospitalisations.

From Monday, all state organisations in Tehran are obligated to operate with 50 percent workforce at the premises.

They have also been ordered to allow government workers to come in every alternate day for almost a month.

According to the health ministry, 43 high-risk counties across Iran have been ordered to shut down all non-essential businesses from Monday for at least a week.

The shutdowns could be extended, the state body said.

From Iran’s 32 provinces, all but five are classified as red in a colour-coded scale denoting the severity of outbreaks.

Wearing masks is mandatory in Tehran and a partial shutdown of businesses and sports was enforced two weeks ago.

Earlier this month, President Hassan Rouhani also introduced new fines for citizens who flout health guidelines in the capital and endanger others.

Tehran police chief Hossein Rahimi on Saturday said: “There are no plans to [completely] shutdown Tehran,” but added police officers will act more decisively in imposing fines against violators.

DAMWON get revenge on G2 en route to worlds final