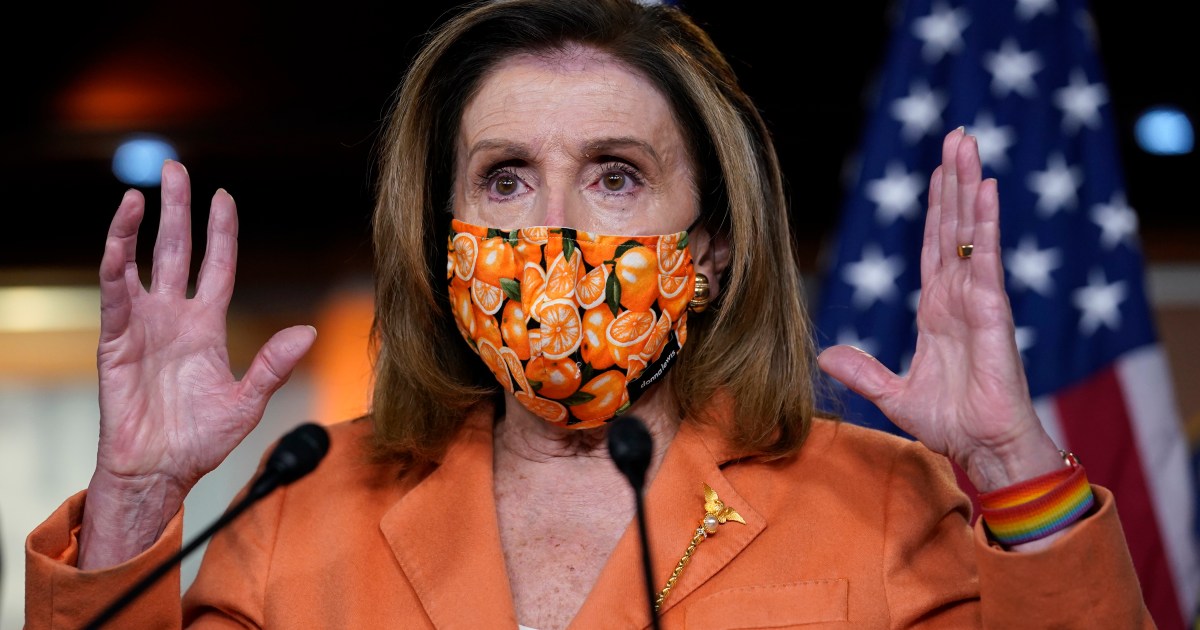 Trump signals talks over targeted aid are going well, but Pelosi says there needs to be agreement on a broader package.

President Donald Trump and House Speaker Nancy Pelosi both said on Wednesday talks between the White House and Democratic legislators over a new round of virus relief aid are progressing.

But the two appear to still be miles apart when it comes to the scope of the package under discussion – a chasm that may bode poorly for a new round of stimulus to help struggling Americans before the November 3 elections.

In an interview with Fox Business News on Thursday, Trump said he called off virus relief aid talks with Congressional Democrats two days ago “because they weren’t working out”.

Trump dropped the bombshell on Tuesday that he had halted stimulus talks with democratic legislators until after the election, only to reverse course within hours and urge Congress to pass targeted aid including financial lifelines for airlines, small businesses, and a new round of $1,200 stimulus cheques for individuals.

“We’re starting to have some very productive talk,” Trump said on Thursday.

Pelosi’s camp confirmed on Wednesday the House speaker had spoken to US Treasury Secretary Steven Mnuchin – the Trump administration’s point man on stimulus talks – about a standalone $25bn package for the nation’s airlines which are currently laying off tens of thousands of workers.

On Thursday though, Pelosi said while she is open to a separate deal for airlines, that can only happen as long as there is agreement over a more comprehensive COVID-19 relief package.

“Ain’t going to be no standalone bill, unless there is a bigger bill,” Pelosi told reporters.

The competing narratives over targeted versus comprehensive aid are happening against a backdrop of mounting evidence that the US economic recovery is slowing as the effects of the nearly $3 trillion in stimulus passed earlier this year wear off.

Applications for unemployment benefits filed with states – a proxy for layoffs – fell to 840,000 last week, the US Department of Labor said on Thursday.

Go Ahead and Break Up With a Friend During the Pandemic

We will not allow Khashoggi’s killers to evade justice 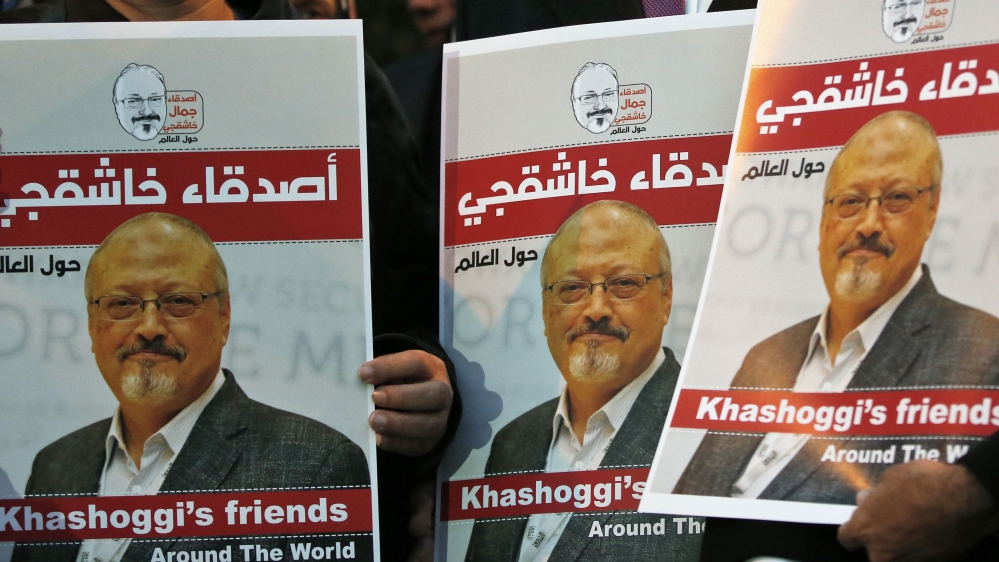 While the main architects of the murder have evaded justice in a sham Saudi trial that pinned all the blame on eight sacrificial underlings, we aim to make the actual masterminds pay for their crime here in the United States.

The facts of Khashoggi’s gruesome torture and dismemberment in the Saudi consulate in Istanbul are well-established, thanks to recording devices placed in the consulate by Turkish intelligence, surveillance videos, phone intercepts, flight records, forensic work and intelligence gathered by various spy agencies, including our own CIA. Faced with incontrovertible proof of the crime, the Saudi government eventually accepted responsibility for the murder, but they still have not disclosed where they hid Khashoggi’s remains or acknowledged the involvement of the lead perpetrators – including MBS and his senior adviser Saud al-Qahtani.

Khashoggi’s shocking murder took away the man Cengiz was planning to spend the rest of her life with, a harm she suffers to this day. It also constituted a severe blow for DAWN. We lost our founder and executive director, and the network of supporters he had cultivated. Indeed, DAWN remained dormant for more than a year following the murder. On September 29, almost two years after Khashoggi’s murder, DAWN officially launched with a mission of upholding his vision: exposing those most responsible for human rights abuses and promoting democracy in the Arab world.

As part of our mission, we are now bringing this action because we want both justice for Khashoggi and a guilty verdict for those who murdered him. We believe the US represents the best forum in which we can hold his killers accountable. And we believe that the US has a special interest in seeking justice for Khashoggi, who, as a political dissident, had found refuge in the country and had strong ties to it. Besides having three US citizen sons, Khashoggi founded our American human rights organisation and ran it from an office in Washington until his murder.

In the immediate aftermath of the murder that dominated international headlines for months, MBS was isolated and weakened, a victim, it seemed, of his own worst and violent instincts. Many governments around the world condemned the killing, demanded accountability, and imposed travel bans and international sanctions on the killers. The US Congress passed not one but two bills to ban arms sales to Saudi Arabia, killed by President Donald Trump’s vetoes. International corporations cancelled lucrative business deals.

Two years on, Saudi Arabia and MBS are still trying to weather the storm of the damage to their reputation caused by this murder, on top of the catastrophic war in Yemen and relentless persecution of reform activists in the country. While Saudi Arabia remains secure as the number one oil exporter and arms buyer in the world, the stench of its crimes has remained an overwhelming public relations burden.

Mayors of prominent cities, including Los Angeles, New York, and Paris, have withdrawn from the virtual Group of 20 summit that will be hosted by Saudi Arabia in November, and dozens of European legislators have issued a resolution urging the European Union to downgrade its participation in the event. Just last week, Saudi Arabia failed in its attempt to become a member of the United Nations Human Rights Council (UNHRC). Apparently, Saudi Arabia’s standing is even worse than Russia and China’s, as the latter two managed to secure seats on the council.

DAWN is not alone in seeking accountability for Khashoggi’s murder. Since the journalist’s gruesome killing, human rights organisations and civil rights groups from around the world have been waging a sustained campaign involving press conferences, commemorations, panel discussions, vigils and freedom of information act litigations to bring those responsible for his death to justice. Recently, hundreds of non-governmental organisations declared a boycott of the G20 civil society meetings in the lead up to the summit. Most recently, a bipartisan group of Republicans and Democrats have passed legislation to pressure the Trump administration to declassify an intelligence report identifying those responsible for the murder.

With this lawsuit, we open another front in the struggle to hold Khashoggi’s killers accountable. We want to make clear to MBS that we and others will trail him around the world to make impunity impossible for his grotesque and barbarous acts. But the stakes involved in the case are much larger than one man and one country. With autocracies on the rise across the world, Saudi Arabia, under the grip of MBS, is not the only oppressive regime that has sought to crush political dissent at home, while engaging in extrajudicial killings of political dissidents abroad.

A US lawsuit by itself may not deter MBS from targeting political dissidents abroad. But a successful suit with a punitive verdict will provide a measure of justice for Khashoggi, fracture the veneer of impunity for his killers, and permanently affix the charge of murderer to the crown prince and his “Tiger Squad” of thugs. A successful court verdict will also send a clear and unequivocal message that the highest authority we recognise is the law of nations, which does not bow to princely assassins.

The views expressed in this article are the authors’ own and do not necessarily reflect Al Jazeera’s editorial stance. 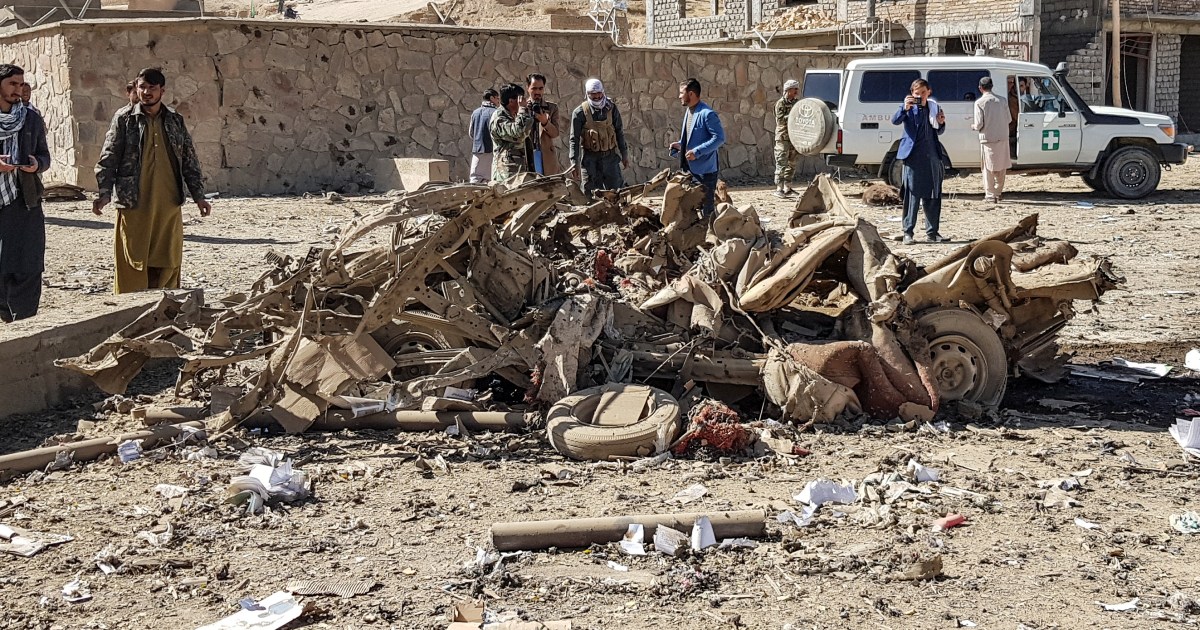 A roadside bomb tore through a passenger bus east of the Afghan capital, killing nine civilians.

The blast took place about 10:30am (05:30 GMT) on Saturday when the bus was going from Kabul to the eastern city of Ghazni, Waheedullah Jumazada, spokesman for Ghazni governor, told AFP news agency.

“Nine civilians, including three women, were killed in the explosion,” he said.

There was no comment from the Taliban on the incident.

Violence on the ground has spiked in recent weeks despite the Taliban and the Afghan government holding peace talks in Qatar to end the country’s grinding war.

The top US envoy to Afghanistan, Zalmay Khalilzad, said earlier this week that fighting is threatening the peace process.

On Friday, rights group Amnesty International said at least 50 people had been killed in attacks just in the preceding week, accusing the warring sides of failing to protect civilians.

“The world must sit up and take notice. Afghan civilians are being slaughtered on a daily basis,” said the rights group’s Omar Waraich.

“The international community must make the protection of civilians a core demand for their ongoing support of the peace process.”

Afghan authorities also faced criticism this week after 11 children were killed in an air attack by the military that hit a mosque in the northeastern province of Takhar on Wednesday.

The authorities in Kabul insist that those killed were Taliban fighters operating in that area.

Azerbaijan reported fighting in and around Nagorno-Karabakh despite Pompeo holding talks with both sides in Washington, DC.

Clashes have broken out between Azerbaijani and ethnic Armenian forces over Nagorno-Karabakh a day after talks in Washington, DC to try to end the deadliest fighting in the mountain enclave in more than a quarter of a century.

Azerbaijan’s Ministry of Defence reported on Friday that there was fighting in and around Nagorno-Karabakh, a part of Azerbaijan that is populated and controlled by ethnic Armenians.

On October 23 and 24, operations continued in the Aghdere, Khojavend, Fizuli, Hadrut, and Gubadli directions, the ministry was quoted as saying by Turkey’s state-run Anadolu Agency.

Local officials accused Azerbaijan’s forces of shelling buildings in Stepanakert, the largest city in the region, which Baku denied.

Al Jazeera’s Rory Challands, reporting from Goris in Armenia, said there was an Azeri attack on Stepanakert late on Friday night.

“Sirens went off at approximately 9pm [17:00 GMT] in the city and a short while later, volleys of rockets or missiles came raining down,” he said. “Because of the sirens, people hid in shelters. There was no report of causalities.”

On Friday, US Secretary of State Mike Pompeo met separately foreign ministers of Azerbaijan and Armenia in a new attempt to end nearly a month of bloodshed that Russian President Vladimir Putin said may have killed 5,000 people.

The collapse of two Russia-brokered truces had already dimmed the prospect of a quick end to fighting that broke out on September 27.

Azeri forces say they have made territorial gains, including full control over the border with Iran, which Armenia denies.

President Ilham Aliyev told French newspaper Le Figaro that Azerbaijan was ready to sit down for negotiations but blamed Armenia’s actions for the continued hostilities.

“We are ready to stop even today,” Aliyev was quoted as saying. “But, unfortunately, Armenia grossly violated the ceasefire … if they don’t stop, we will go to the end with the aim of liberating all the occupied territories.”

US President Donald Trump said “good progress” was made on the issue but did not elaborate and declined to say if he had spoken with the leaders of either country.

Shortly before the Washington talks, Turkish President Recep Tayyip Erdogan told reporters in Istanbul that he hoped Moscow and Ankara could work together on resolving the conflict.

Differences over the conflict have further strained relations between Ankara and its NATO allies, with Pompeo accusing Turkey of stoking the conflict by arming the Azeri side. Ankara denies it has inflamed the conflict.

Armenian Prime Minister Nikol Pashinyan said he saw no diplomatic resolution of the conflict at this stage, and Aliyev has described the prospects of a peace settlement as “very remote”.

We will not allow Khashoggi’s killers to evade justice