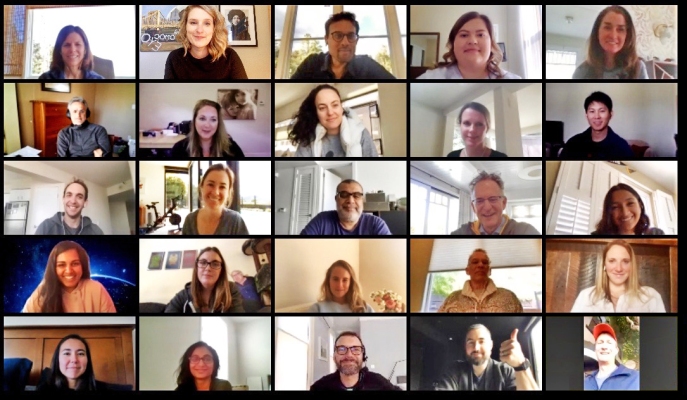 True Ventures, the now 15-year-old firm with offices in Palo Alto, Calif., and San Francisco, is taking the wraps off two new funds this morning: it has closed its seventh early-stage fund with $465 million, and capped its fourth opportunity-type fund — used to back its own breakout portfolio companies — with $375 million.

It’s a lot of committed capital for True, which was founded and continues to be led by Jon Callaghan and Phil Black. It’s also a bigger firm than it once was, with 35 people across the firm, including 10 others on the investing side, as well as other colleagues across the firm’s finance, operations, and platform teams.

It’s especially easy to understand why True would raise another, slightly larger opportunity fund (its last closed with $285 million in 2018, and its last early-stage fund closed with $350 million at the same time). It was through one such vehicle that True was able to invest so much in the consumer fitness company Peloton, including its Series F round.

When the company went public last fall, pricing at $7.2 billion, True was the company’s second-largest outside shareholder. As you might have noticed, roughly one year later, Peloton is now valued at more than $38 billion by public market investors — and True is still involved with it.

We talked with Callaghan and Black earlier this week about how and when True unwinds a position like that in a publicly traded portfolio company. We also talked about the firm’s continued emphasis on creating a support network for its founders and their teams, whether they worry the center of startup investing is shifting out of the Bay Area, and more. Much of chat, below, has been edited for length.

PB: The numbers are bigger but a function of a lot of people who would like to be a part of what we are doing. We also have a much larger team.

JC: More than 90 percent of our LPs re-upped; we had way more demand than we had supply for, including because we think it’s important to bring in new capital from new relationships every time we raise a fund, usually from people who we’ve know for a long time. We’re actively engaged with our LP base, and it provides us with new thinking.

TC: Are many, or any, of these VC firms? It seems increasingly that everyone is an investor in everyone else’s fund.

PB: We have funds of funds, like Greenspring Associates and Foundry Group Next [as investors]. I do think you see [venture funds investing in venture funds] when it comes to smaller, sub $50 million funds, but it’s not applicable for us.

TC: Over time, you’ve written fairly small early checks for 20 percent of a company. Is that still possible to do in this market?

JC: Our core business remains exactly the same. We’re writing $1 million to $3 million from day one to a founder or small team. We’ve kind of honed it in terms of how we look at things . . .we’ve invested $15 million into our platform dating 10 years or so [to bring to bear the breadth of our team and broader network]. If I’m on your board, and I’m your only point of contact, then I’m the weak link.

TC: You have Founder Camp, True University, and numerous culture initiatives. How would you rate the firm in terms of diversity?

JC: We’re working hard to do better, but we’re not good enough as an industry, and we’re part of that industry. We’ve funded incredibly powerful women entrepreneurs and some people of color, but not enough and we’re looking at long-term solutions right now. We’re also very focused on fellowships [through which True has recruited 165 college students over the years to work at True-backed startups, half of whom have landed full-time employment with the companies afterward, says the firm].

We’ve always focused on gender equality and skewed more heavily toward women in last two classes, but we’re also focused on diverse candidates and on diverse backgrounds. We need to provide more pathways into tech and startups, and through fellowships, we can access students before they’re thinking about career tracts.

TC: One of your portfolio companies, Peloton, is having an especially good year. Have you sold out of that position? How do you think about returning money to LPs after a company goes public?

JC: We are still holders of the company’s stock and I’m still on board.

PB: It’s really case by case whether we sell the shares or distribute them. It takes time because we’re such large shareholders typically, that our ability to get capital back is gated by public markets and [the] volume [of what we own]. As for whether we distribute cash or shares, usually LPs like the shares. A lot of family offices and fund of funds would prefer the shares because they refer them over to their public share group. Certain others, especially European investors, prefer cash for tax or other reasons. But we prefer to hand them stock and let them make the sell decision.

TC: We’re starting to see more SPACs, or special purpose acquisition companies, launched by venture funds. What do you make of these?

PB: Jon and I have been around long enough to remember when SPACs were a four-letter word. I think they’re a better instrument today than 20 years ago. Some of our companies are thinking about them; there’s a lot of curiosity around what it means to raise a SPAC or go public via a SPAC. People are in information-finding mode. We as a firm have not thought we should raise a SPAC ourselves.

JC: I think the innovation around access to capital is really interesting. I think it’s too soon to tell how it will work out for the founders and the companies. It is pretty complicated. We’re watching it closely.

TC: I do think of True as often being ahead of the curve. You were investing in hardware companies like Fitbit and Peloton ahead of a lot of other generalist firms. The same was true of digital health and biology. What’s interesting to you right now?

JC: Our job is to listen to what our founders are sending to us, and one space we’re thinking about is the future of work — what happens not in one year but five years. The second is a theme that we’re calling the roaring 20s, and by that I mean we’re studying post-World War I and World War II and how consumer behavior changed and what might happen after this pandemic when there is a vaccine.

TC: Can you drill down a it more on these?

JC: We’re thinking about art, music, dining, travel, entertainment What happens when Broadway opens up? You can imagine hybrid experiences. Regarding the future of work, I’m not sure we’ll spend a lot of time on Zoom initially [once the world has re-opened], but [we think about] virtual access to everything so employees who are remote have more [at their fingertips] and what happens to suburbs versus cities, which we already have some insight into through [past and current portfolio companies] Blue Bottle [Coffee] and Sweetgreen and Madison Reed.

TC: A lot of companies are making remote work permanent. Do you think this is as sweeping a trend as it seem right now, and how does that change the Bay Area if so?

JC: We had a virtual offsite recently and in the last 30 seconds, everyone was talking about whether we could get access to COVID tests so we could get everyone together.

People thrive on human contact; I think they need to be together. And my point of view is that the Bay Area is sill Florence in the Renaissance and that it will be just fine. It’s going to take a while, but this is still where a lot of talent wants to be for all kinds of reasons.

PB: We do think remote will easier and that we’ll see a greater democratization of opportunity. This [period] has shown all of us that you can work remotely, therefore companies will probably be more willing to incorporate remote workforces into their scaling plans. But I’m also not worried about the Bay Area.

OnePlus 8T early impressions: Plenty to like, but nothing remarkable