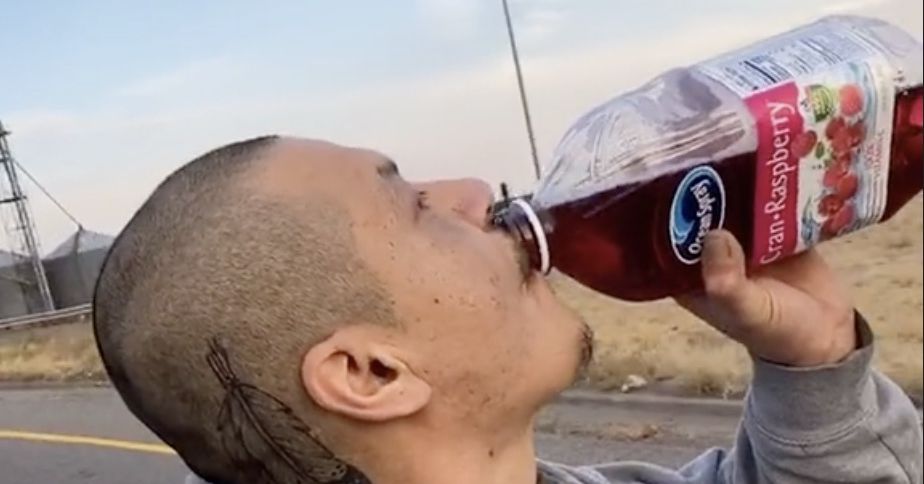 Fleetwood Mac’s Rumours is a top 10 album this week — more than four decades after its release — thanks to a viral TikTok video that’s had everyone vibing along to “Dreams.” Rumours now ranks seventh on the Billboard 200 chart, the publication announced last night, the album’s first appearance in the top 10 since 1978, a year after it debuted.

Rumours’ newfound popularity is thanks to a viral video from Nathan Apodaca, who goes by 420doggface208 on TikTok, that shows him skateboarding down a road and sipping cran-raspberry juice straight from the jug, while “Dreams” plays over top. It’s been viewed more than 60 million times since being posted at the end of September, and it’s even inspired both Mick Fleetwood and Stevie Nicks to sign up for TikTok over the past two weeks. Fleetwood recreated the viral video himself, while Nicks posted a video of herself lacing up roller skates and singing along. They have a combined 35 million views.

Billboard’s chart measures album “units” moved each week in terms of sales, track purchases, and streams. Rumours made it into the top 10 with 33,000 units, nearly 70 percent of which came from streaming. Billboard says it counted 30.6 million streams from the album for the week ending October 15th. Rumours had already been climbing the chart over the past few weeks as the song went viral, though the classic album had been hovering in the 50s even without the boost. “Dreams” itself soared on Spotify, becoming the week’s 20th most popular song.

Rumours’ resurgence is another example of the power TikTok has for musicians. The app sent Lil Nas X to stardom, and since then, other artists have tried — somewhat desperately, at times — to harness its power to give them a top hit. Rumours’ success shows that there’s even room for new audiences to discover a classic.

How to Make Grits From Fresh Hominy