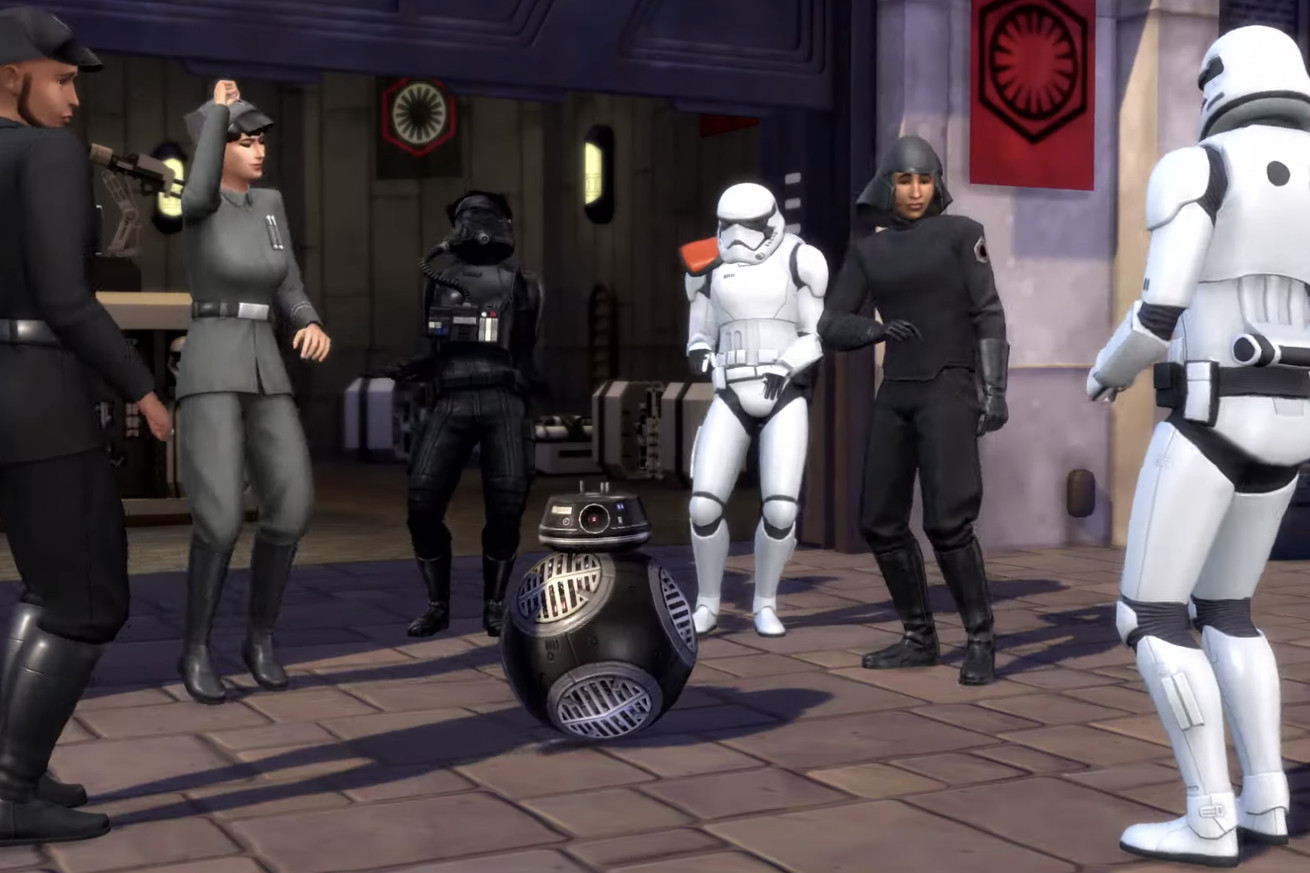 Joining the long list of expansion packs for Electronic Arts’ The Sims 4 is one we haven’t quite seen before: a Star Wars-themed one, called Journey to Batuu. The expansion, detailed in a Gamescom trailer aired during the virtual-only presentation on Thursday, is due out September 8th and brings with it a number of signature characters, items, and environments from the classic franchise.

There are droids, lightsabers, and even Rey and Kylo Ren. The trailer also shows the Millennium Falcon, stormtroopers, and some of the apparent hijinks you can get into playing Journey to Batuu, including lightsaber dueling. The pack and its choice of Batuu as the prime destination was apparently inspired by Disney’s Star Wars: Galaxy’s Edge theme park.

Here’s how the press release describes it:

In The Sims 4 Star Wars: Journey to Batuu, players will leave their homes to travel to the planet of Batuu where they’ll have to make a choice on which faction to work with, as the actions their Sims take will lead to control of the Black Spire Outpost. Sims can choose to support Rey and Vi Moradi as part of the Resistance, pledge loyalty to the First Order under Kylo Ren or shift their focus to gaining credits with Hondo Ohnaka and the scoundrels. As Sims embark on exciting missions, they’ll increase their reputation, unlock new artifacts and one-of-kind clothing, customize their own droids and create a coveted lightsaber. After players leave Batuu and return home, they can even bring back some of these items, like their lightsaber, to enjoy with other Sims they’ve already created.

In a galaxy far, far away, deep into the Outer Rim, the world of Batuu awaits your Sim. The Sims 4 Star Wars Journey to Batuu Game Pack is available September 8! Create your unique #TheSimsxStarWars story: https://t.co/OrpnA7VfUK#JourneyToBatuu pic.twitter.com/t5npF4Fmfh

“With The Sims, we’ve always strived to create content that takes players’ imaginations beyond their limits to tell fun and unique stories in the game, and with The Sims 4 Star Wars: Journey to Batuu, they’ll be able to take their Sims on an adventure to the edge of the galaxy,” Lyndsay Pearson, the executive producer of The Sims, said in a statement. “We’re such big Star Wars fans, and set out to create an authentic and immersive Star Wars experience for players that also embodies the self-expression and deep storytelling possibilities with The Sims.”

The Sims has also evolved over time with each new expansion, giving players lots of new stuff to experiment with, build, and design. And while there have been Star Wars cosmetics and other tie-ins in the past, The Sims hasn’t had something at the scale of a full expansion pack before. Thanks to developer Maxis being owned by Star Wars video game licensee EA, Journey to Batuu is a partnership that it seems has been a long time coming.