The No-Code Generation is arriving 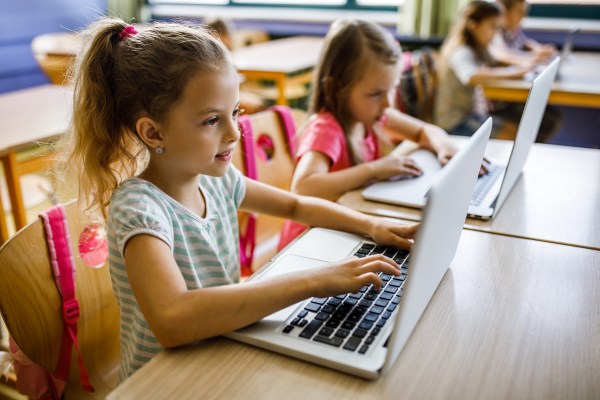 In the distant past, there was a proverbial “digital divide” that bifurcated workers into those who knew how to use computers and those who didn’t.[1] Young Gen Xers and their later millennial companions grew up with Power Macs and Wintel boxes, and that experience made them native users on how to make these technologies do productive work. Older generations were going to be wiped out by younger workers who were more adaptable to the needs of the modern digital economy, upending our routine notion that professional experience equals value.

Of course, that was just a narrative. Facility with using computers was determined by the ability to turn it on and login, a bar so low that it can be shocking to the modern reader to think that a “divide” existed at all. Software engineering, computer science, and statistics remained quite unpopular compared to other academic programs, even in universities, let alone in primary through secondary schools. Most Gen Xers and millennials never learned to code, or frankly, even to make a pivot table or calculate basic statistical averages.

There’s a sociological change underway though, and it’s going to make the first divide look quaint in hindsight.

Over the past two or so years, we have seen the rise of a whole class of software that has been broadly (and quite inaccurately) dubbed “no-code platforms.” These tools are designed to make it much easier for users to harness the power of computing in their daily work. That could be everything from calculating the most successful digital ad campaigns given some sort of objective function, or perhaps integrating a computer vision library into a workflow that calculates the number of people entering or exiting a building.

The success and notoriety of these tools comes from the feeling that they grant superpowers to their users. Projects that once took a team of engineers some hours to build can now be stitched together in a couple of clicks through a user interface. That’s why young startups like Retool can raise at nearly a $1 billion and Airtable at $2.6 billion, while others like Bildr, Shogun, Bubble, Stacker, and dozens more are getting traction among users.

Of course, no-code tools often require code, or at least, the sort of deductive logic that is intrinsic to coding. You have to know how to design a pivot table, or understand what a machine learning capability is and what might it be useful for. You have to think in terms of data, and about inputs, transformations, and outputs.

The key here is that no-code tools aren’t successful just because they are easier to use — they are successful because they are connecting with a new generation who understands precisely the sort of logic required by these platforms to function. Today’s students don’t just see their computers and mobile devices as consumption screens and have the ability to turn them on. They are widely using them as tools of self-expression, research and analysis.

Take the popularity of platforms like Roblox and Minecraft. Easily derided as just a generation’s obsession with gaming, both platforms teach kids how to build entire worlds using their devices. Even better, as kids push the frontiers of the toolsets offered by these games, they are inspired to build their own tools. There has been a proliferation of guides and online communities to teach kids how to build their own games and plugins for these platforms (Lua has never been so popular).

These aren’t tiny changes. 150 million play Roblox games across 40 million user-created experiences, and the platform has nearly 350,000 developers. Minecraft for its part has more than 130 million active users. These are generation-defining experiences for young people today.

That excitement to harness computers is also showing up in educational data. Advanced Placement tests for Computer Science have grown from around 20,000 in 2010 to more than 70,000 this year according to the College Board, which administers the high school proficiency exams. That’s the largest increase among all of the organization’s dozens of tests. Meanwhile at top universities, computer science has emerged as the top or among the top majors, pulling in hundreds of new students per campus per year.

The specialized, almost arcane knowledge of data analysis and engineering is being widely democratized for this new generation, and that’s precisely where a new digital divide is emerging.

In business today, it’s not enough to just open a spreadsheet and make some casual observations anymore. Today’s new workers know how to dive into systems, pipe different programs together using no-code platforms, and answer problems with much more comprehensive — and real-time — answers.

It’s honestly striking to see the difference. Whereas just a few years ago, a store manager might (and strong emphasis on might) put their sales data into Excel and then let it linger there for the occasional perusal, this new generation is prepared to connect multiple online tools together to build an online storefront (through no-code tools like Shopify or Squarespace), calculate basic LTV scores using a no-code data platform, and prioritize their best customers with marketing outreach through basic email delivery services. And it’s all reproducible, since it is in technology and code and not produced by hand.

There are two important points here. First is to note the degree of fluency these new workers have for these technologies, and just how many members of this generation seem prepared to use them. They just don’t have the fear to try new programs out, and they know they can always use search engines to find answers to problems they are having.

Second, the productivity difference between basic computer literacy and a bit more advanced expertise is profound. Even basic but accurate data analysis on a business can raise performance substantially compared to gut instinct and expired spreadsheets.

This second digital divide is only going to get more intense. Consider students today in school, who are forced by circumstance to use digital technologies in order to get their education. How many more students are going to become even more capable of using these technologies? How much more adept are they going to be at remote work? While the current educational environment is a travesty and deeply unequal, the upshot is that ever more students are going to be forced to become deeply fluent in computers.[2]

Progress in many ways is about raising the bar. This generation is raising the bar on how data is used in the workplace, in business, and in entrepreneurship. They are better than ever at bringing together various individual services and cohering them into effective experiences for their customers, readers, and users. The No-Code Generation has the potential to finally fill that missing productivity gap in the global economy, making our lives better while saving time for everyone.

[1] Probably worth pointing out that the other “digital divide” at the time was describing households who had internet access and households who did not. That’s a divide that unfortunately still plagues America and many other rich, industrialized countries.