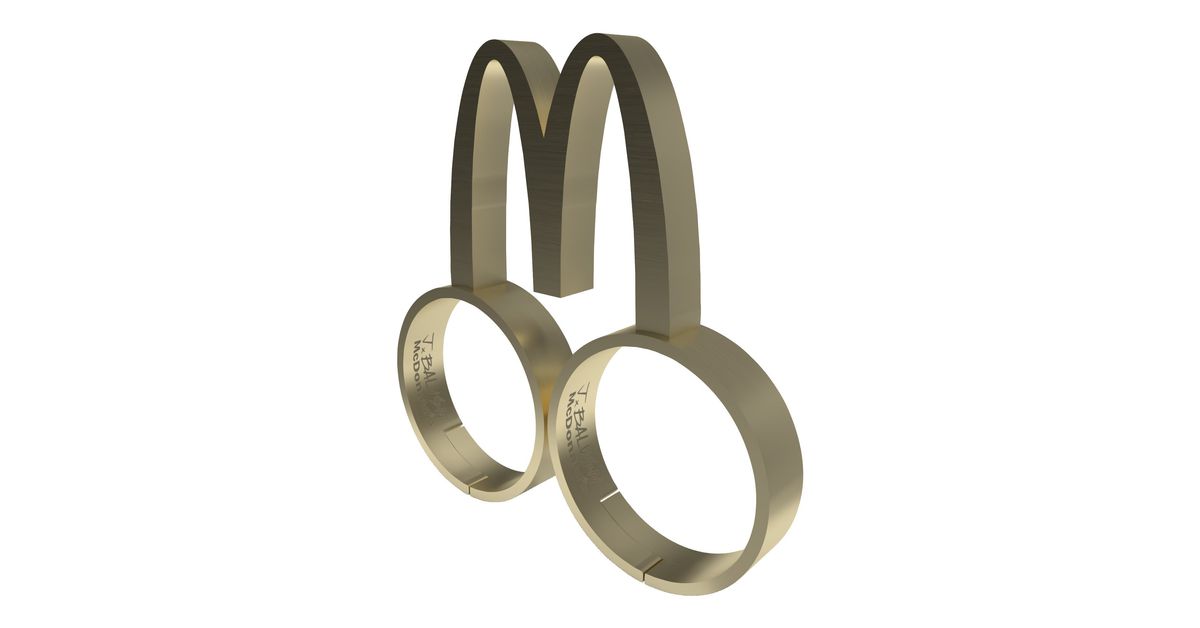 J Balvin and McDonald’s released a line of merch, including rings, bedsheets, and a rug

After the wild success of the Travis Scott meal, McDonald’s tried to chase that success (and distract from its many discrimination lawsuits) with the J Balvin meal. It hasn’t been quite as successful, mostly because customers have had a hard time finding McDonald’s locations with a working McFlurry machine. But, like the Scott meal before it, the J Balvin meal is coming with some wild merch. There’s no chicken nugget pillow, but there’s essentially a set of McDonald’s brass knuckles that would definitely get you flagged by TSA.

“Not only did I want to bring my personality to the McDonald’s menu, I also wanted to share my energy and creativity in a way that elevates our partnership through an exclusive merch collection that we created with my team,” Balvin told Complex. The merch collection also includes a hot pink bedspread with a french fry design, McFlurry bucket hats, a sweatshirt in what seems very close to Nike pink, and temporary tattoos that look like a receipt of your J Balvin meal order. If this is J Balvin’s personality, then it seem’s like he got caught in a funhouse designed by Bazooka Joe. In a good way.

And in other news…

Sommeliers Pick the Best Wine Glasses for Every Scenario

I Own a Coffee Shop in a Small Town. We’re the Only Business That Requires Masks.

Pour dashi into a 1.5–2-qt. donabe or small saucepan and stir in mirin and soy sauce; season with salt. Bring to a simmer over medium heat. Add squash and turnips, cover, and cook until vegetables are almost completely tender, 5–7 minutes. Uncover; add greens, tofu, white and pale green parts of scallions, and reserved mushrooms. Cover and cook until greens are wilted, tofu is warmed through, and squash and turnips are tender, about 2 minutes.

One Pot, One Million(ish) Options

Every week, Bon Appetit associate editor Christina Chaey writes about what she’s cooking right now. Pro tip: If you sign up for the newsletter, you’ll get the scoop before everyone else.

From late October to early April, one piece of cookware takes up permanent residence on my stovetop, quietly burbling up hot pots and soups on cold nights. People message me on Instagram whenever I post photos of my donabe: What is it? (A Japanese earthenware pot used for cooking and serving.) Where did I get it? (Toiro Kitchen in L.A.) What do I make in it? (Everything!)

At a basic level, a donabe is a pot that just happens to be pretty enough to double as a striking serving piece. High-quality versions have thick walls that effectively retain heat and are especially good for gently cooking the vegetable-heavy meals I want constantly this time of year.

When I’m short on time, I opt for a quick nabe, or hot pot, which starts with a light broth that I season with good soy sauce and mirin. My broth of choice is often dashi, an essential Japanese stock of dried bonito flakes, kombu, and water that gives dishes like miso soup their subtle briny flavor. When I need dinner to be even more hands-off, I’ll make a vegan mushroom dashi by placing dried shiitakes and a strip of kombu in a big jar of water and refrigerating it all overnight. The resulting golden broth is savory and lightly earthy. It lacks the body of a lipsmacking chicken stock, which is exactly why I like it: A bowlful leaves me feeling satisfied but not weighed down.

When warmed in the donabe, the dashi creates a small hot tub environment for whatever kitchen-sink assortment of vegetables and protein I’m cooking. Some days I may have peeled, seeded, and sliced kabocha or butternut squash already prepped and ready to drop into the simmering broth. While the thick squash starts cooking away, I’ll quickly tear greens and mushrooms, slice tofu, and boil a little pot of noodles like soba to slip in right before I’m ready to eat. In those few minutes I enter an almost flow-like state, moving seamlessly from cutting board to stove; dinner is ready in minutes.

Though this recipe is a nabe I make often, it’s meant to be a guideline, not scripture. That’s the beauty of this style of cooking: Each rendition is slightly different from the one before. But no matter how much you mix it up, you’re guaranteed a meal that’s vibrant and delicious, nourishing yet light, and that leaves you feeling good inside. If there’s one thing I want you to take away from this, it’s that you can absolutely riff without a recipe. And that you should have a donabe of your own, of course.

May your weekend be broth-filled, 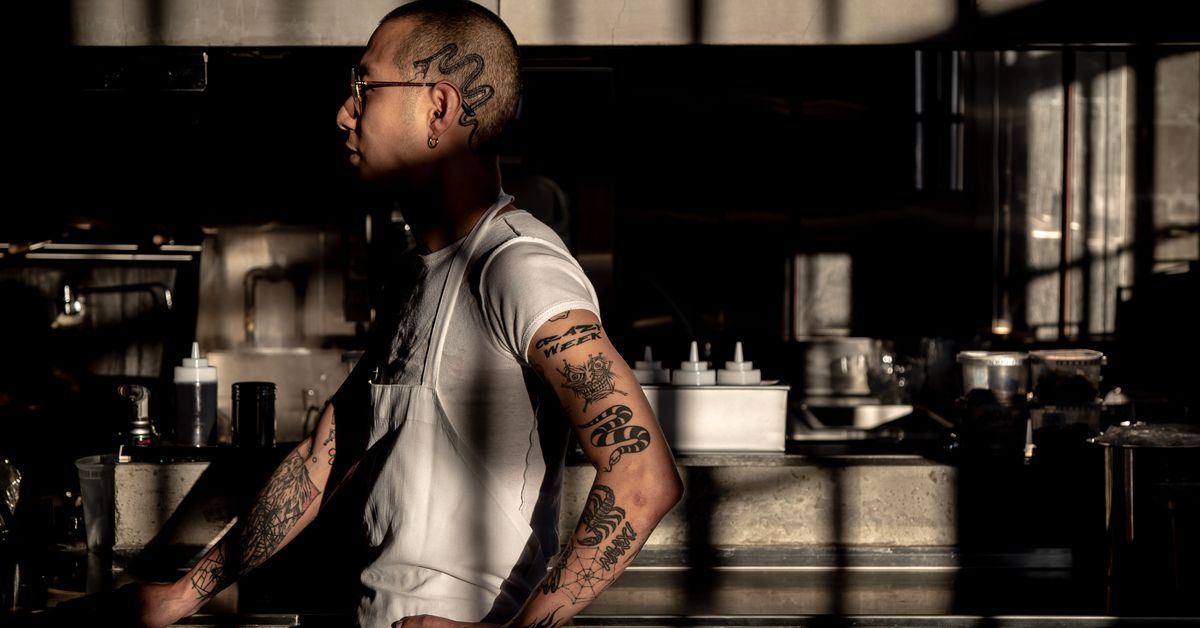 Following a lengthy Grub Street investigation of the workplace culture at trend-setting restaurant Mission Chinese, chef Danny Bowien opened up publicly about the longstanding allegations of mismanagement that occurred at the restaurant while the critically acclaimed spot was operating at its height in the NYC dining scene.

On Instagram, Bowien reacted to the report with a lengthy confessional, in which he apologized while discussing rampant abuse in the industry. “I am sorry. I am truly fucking sorry,” Bowien wrote. “Not only for all that I did wrong but like in fucking general that this had to be the industry we all found ourselves in.”

In his post, Bowien alleged that he experienced sexual abuse and trauma as a child, followed by physical assault as he started his restaurant career. Bowien acknowledges that, while leading Mission Chinese, he was “cruel” and regularly used homophobic slurs, but writes that, at the time, the misconduct felt mild compared to what he had experienced in kitchens. He goes on to question the workplace ethics of restaurants as a whole, ultimately seeming to take a resigned view of the entire industry and the abuse that seems endemic to it.

Grub Street’s investigation included interviews with over two dozen former Mission Chinese staffers, who detailed allegations of extensive abuse by multiple management figures in the workplace, including many instances of physical and verbal assault. One former line cook likened the work environment to living in “a nightmare you couldn’t wake up from.”

Some of the abuse allegations, including an instance where the restaurant’s chef de cuisine, Quynh Le, allegedly seared a staffer’s arm with a spoon dipped in hot oil, first came to light in a class-action lawsuit that a group of employees filed against Bowien and Mission Chinese in 2018. Le, who was not named in the suit, posted his own apologetic statement on Instagram last month in which he wrote that his actions at Mission Chinese “perpetuated and fostered an unsafe workplace.” He did not address specific instances of abuse.

Bowien, his ex-wife Youngmi Mayer, and former executive chef Angela Dimayuga have been trading blows in various public forums over the past few months regarding Mission Chinese’s workplace culture and who was responsible for allowing misconduct to allegedly flourish behind-the-scenes.

During Mission Chinese’s heyday in NYC, Bowien and Dimayuga both publicly propped up the restaurant as a bastion of healthy employee relations at the same time that the misconduct was allegedly taking place.

“It feels really distinctly like a race to cover one’s ass in terms of their involvement in this,” a former server told Grub Street of the recent finger-pointing playing out over social media.

Bowien shut down Mission Chinese’s lauded Lower East Side location in September. Mission in Bushwick is still operational, as well as the original San Francisco location, but Bowien acknowledged in his recent Instagram post that the Brooklyn outpost was in financial trouble. “It sucks I made money off this industry,” Bowien wrote. “I guess it will be cleansing to hear I walk away with nothing but debt. Barely holding on to one place that will most likely close.”