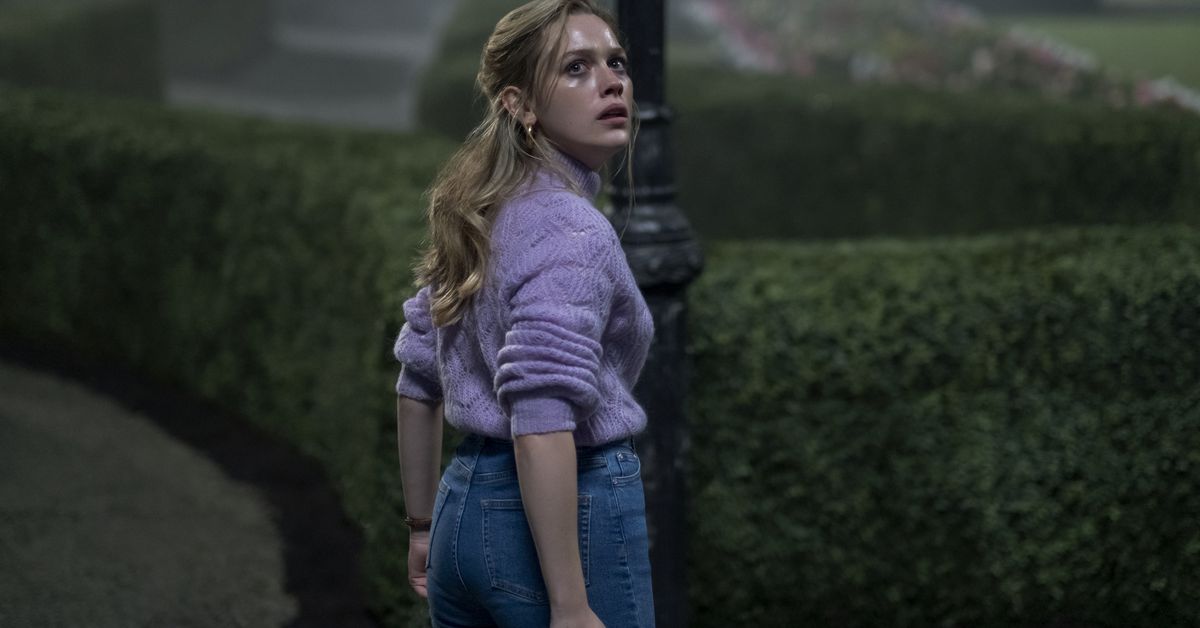 The Haunting of Bly Manor, which premiered last week on Netflix, makes me a little sad I’ve never seen a ghost. It’s the second series from The Haunting of Hill House creator Mike Flanagan. Like American Horror Story, the Haunting shows are anthology dramas, with each series telling a self-contained story. They’re not connected, in other words, other than by cast and aesthetic — each show is a drama first, horror show second, set largely in lush, spooky estates.

Like Hill House, Bly Manor is based on a foundational horror text. For this go-round, Flanagan has chosen Henry James’ 1898 novella The Turn of the Screw. The original story is told in flashback by an unnamed narrator who spins a tale of a governess hired to take care of a wealthy man’s niece and nephew in the stately Bly Manor. In time, the governess begins to see people who may not really be there, and she also suspects that something is wrong with the children. Bly Manor uses its source material as a loose frame for narrative, filling in the spaces between the major beats of the original plot with standalone stories about people haunted by very real things (like guilt or jealousy) that occasionally take on a supernatural dimension (ghosts).

Bly Manor begins in 2007, with a ghost story told by a woman (Carla Gugino) the night before a wedding in an old, historic manor. Her tale takes place 20 years earlier, when a woman named Dani (Victoria Pedretti), living abroad in London, takes a job from the wealthy Henry Wingrave (Henry Thomas) to be governess to his niece and nephew, Flora (Amelie Bea Smith) and Miles (Benjamin Evan Ainsworth). So she moves into gloomy Bly Manor to care for her new charges.

But something is wrong at Bly — the children have clearly seen things that no child should see, and someone appears to be living in the west wing, which is supposedly sealed off. Meanwhile, Dani is running from something that makes her cover every mirror she comes across.

Despite all this creepy scene-setting, though, Bly Manor isn’t terribly big on moments that make you want to hide under the covers. Like the novella it’s based on, the series is a gothic romance, which means it’s more interested in the supernatural as a means of exploring indescribable feelings, like terror or love. The genre never tends to be terribly popular in its time because it’s often conflated with the most straightforward version of horror: the scary kind.

Like the ghosts at its heart, gothic romances tend to grow in the telling, as more people recount their tragic tales. There are some frightening moments, but the series is a muted contrast to The Haunting of Hill House, which produced a number of delightfully frightening episodes during its run. Bly Manor is trying for something harder.

Its nine episodes weave in a number of tragic stories as the series expands its scope, growing to fill the eponymous manor’s gloomy halls. We hear about the housekeeper, Hannah Grose (T’Nia Miller), so lost in her work that she loses herself, seeming to forget her own biography. About Peter Quint (Oliver Jackson-Cohen) and Rebecca Jessel (Tahirah Sharif), whose whirlwind romance ends, predictably, in tragedy. (Gothic romance.) About the history of Bly Manor itself. It adds up to a series that believes the true beginning of a ghost story is a kiss, and not a haunting, because to love means eventually to mourn. Ghosts aren’t anything but pain that’s managed to bend the rules of the natural world.

In The Haunting of Bly Manor, like The Haunting of Hill House before it, there are real ghosts hiding in the edges of the frame, just out of focus. Spotting them is a fun, spooky diversion — mostly because the show’s characters don’t notice them.

Look closely and you’ll see them: a plague doctor appears in various rooms; elsewhere, a soldier appears out of focus. They’re different from the ghosts the cast can see, and the ones they’re terrorized by. They make you wonder about what ghosts haunt the spaces you pass through every day and the stories that might be hiding in familiar places.

How to Keep Your Little Kid Busy While You’re Cooking