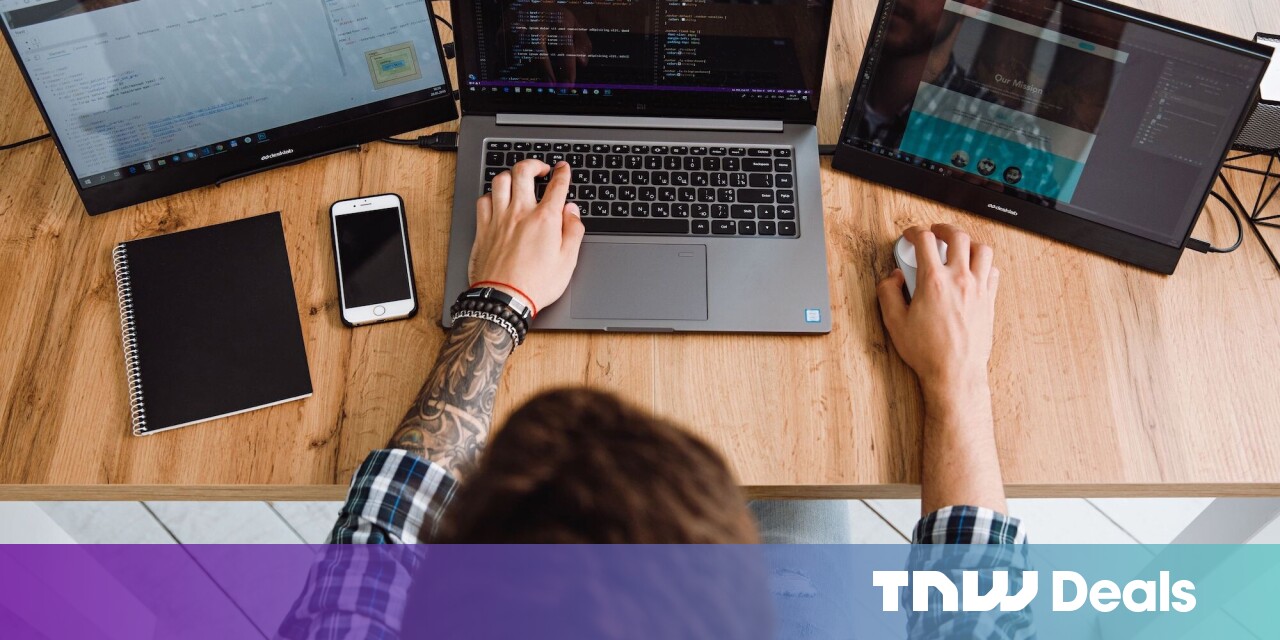 TL;DR: Between a stunning 4K display, multiple connection ports, a power battery, and more, the Desklab Portable Touchscreen Monitor is as versatile as they come.

Computer accessories really have to prove their worth these days. However, there’s probably little chance a new device is going to play its way into becoming a part of your already overloaded everyday carry collection.

As it turns out, the Desklab Portable 4K Touchscreen Monitor is kind of like that kid in school who constantly raised their hand to answer every teacher question. Because the Desklab has an answer for just about every laptop and smartphone owner’s need in a peripheral device.

Backed by nearly $700,000 in funding on Kickstarter, the Desklab starts by being a stellar 4K travel screen. The unit is a 15-inch screen weighing just 1.3 lbs and at just over 0.2 inches thick. The Desklab is not only thinner than most tablets, but the screen size and resolution are also comparable with anything else in its weight class.

Hooked to a laptop, it’s a perfect extra screen to optimize your workflow. Attached to a smartphone, it transforms all your videos and other media in your phone into a stunning, scaled-up, crystal clear cinematic experience with true LED backlighting and vivid color. You can even attach it to a gaming platform like an Xbox, Playstation, or Nintendo Switch and have 4K gameplay with stereo sound from the built-in speakers anywhere. The Desklab is plug-and-play with virtually everything.

While its screen performance is mighty, it’s the Desklab’s added versatility that makes it so instantly valuable. If your laptop is short on available ports, the Desklab sports five of its own, including two USB-C ports, HDMI, Micro USB, and even 3.5mm AUX for all your other devices and connections.

It’s even got its own on-board power battery, allowing it to pull extra duty as a portable charger, keeping any of your other devices charged up.

Its wide-ranging functionality is already drawing great reviews, with Nerdy Tech saying in terms of the overall design, “it’s clearly one of the best.” And Yanko Design said, “Think of everything you wish your laptop had and put it in a laptop accessory, and you get something quite like the Desklab.”