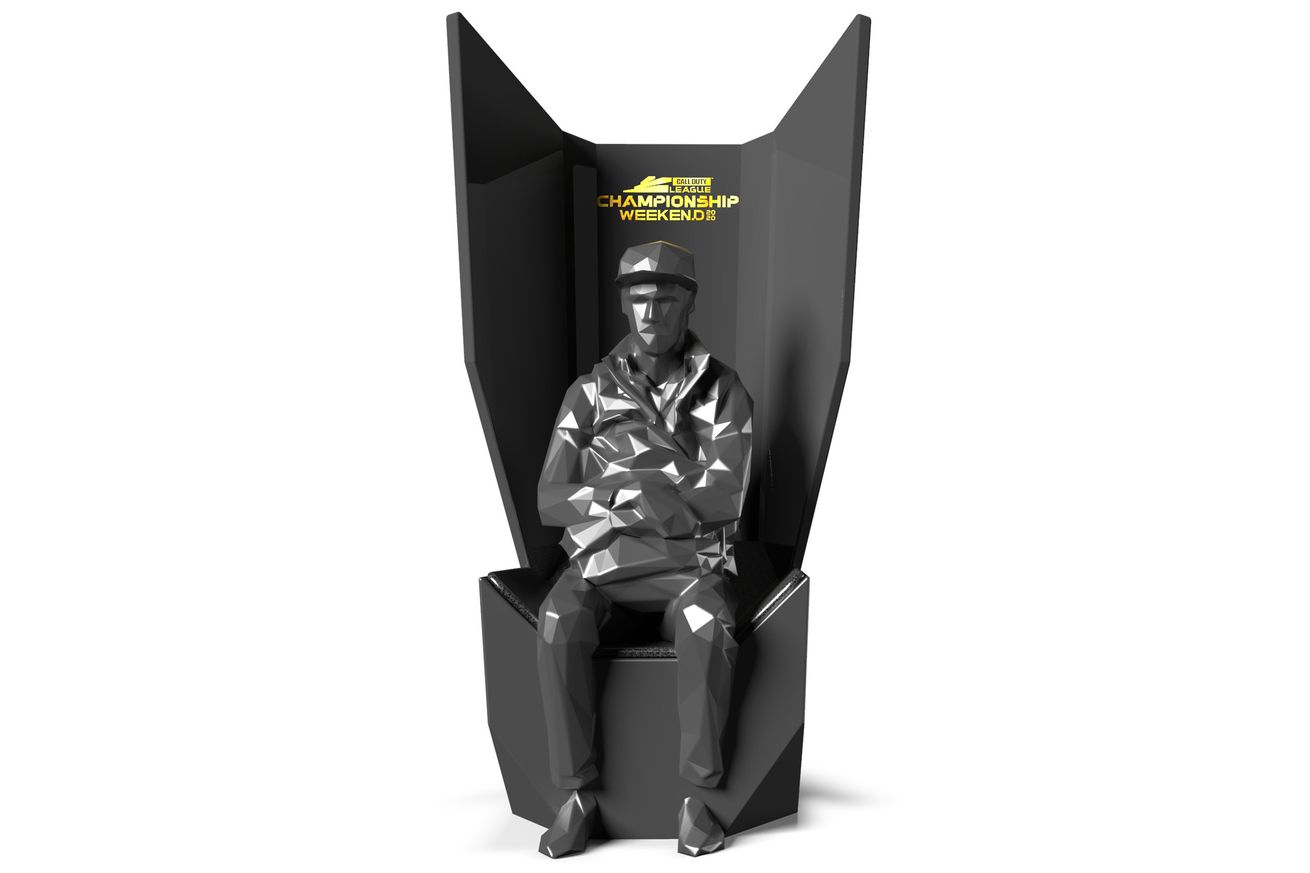 The winner of this weekend’s Call of Duty League championship will get the normal assortment of goodies, including a trophy, a ring, and a hefty chunk of a $4.6 million prize pool. But the league is also offering something different to crown the winning team: a literal throne.

The imposing piece of furniture is the brainchild of designer Sheron Barber, who is best-known for reimagining luxury fashion and working with stars like Post Malone and Russell Westbrook. The chair hasn’t actually been completed yet — what you see in these images is just a render — but the finished product will be made of a composite material called Formica, with a titanium finish. And once a winner has been crowned, more details will be added, including player names and statistics from the 2020 season. The completed piece — which is described as a “functional but elevated gaming throne” — is expected to ship to the winning team in September.

The CDL finals will take place on August 29th and 30th, with four teams battling for the (literal) throne. Those include the Chicago Huntsmen, Atlanta Faze, London Royal Ravens, and Dallas Empire. The league kicked off its inaugural season this year as a new incarnation of Call of Duty esports, this time focused on city-based teams much like a traditional sports league. However, like most professional gaming circuits, the CDL had to shift to an online format due to the ongoing pandemic.

Without an arena packed with fans, Activision is trying something different to make the championship experience feel a bit more special. The league has created a virtual set inside of a bunker in Verdansk, a fictional city that’s the setting of the battle royale Call of Duty: Warzone. The bunker will broadcast talent as they go over the competition in between games. It’ll also be home to a virtual trophy celebration, in lieu of an in-person one.

Here’s an early version of what the space will look like; Activision says the final version will be slightly updated:

Outside of esports, it’s been a big week for Call of Duty, as Activision recently detailed this year’s release, Black Ops Cold War, which will be launching on November 13th. A new trailer is expected later today at Gamescom Opening Night Live.