The 10,000-person dance party streaming in your living room 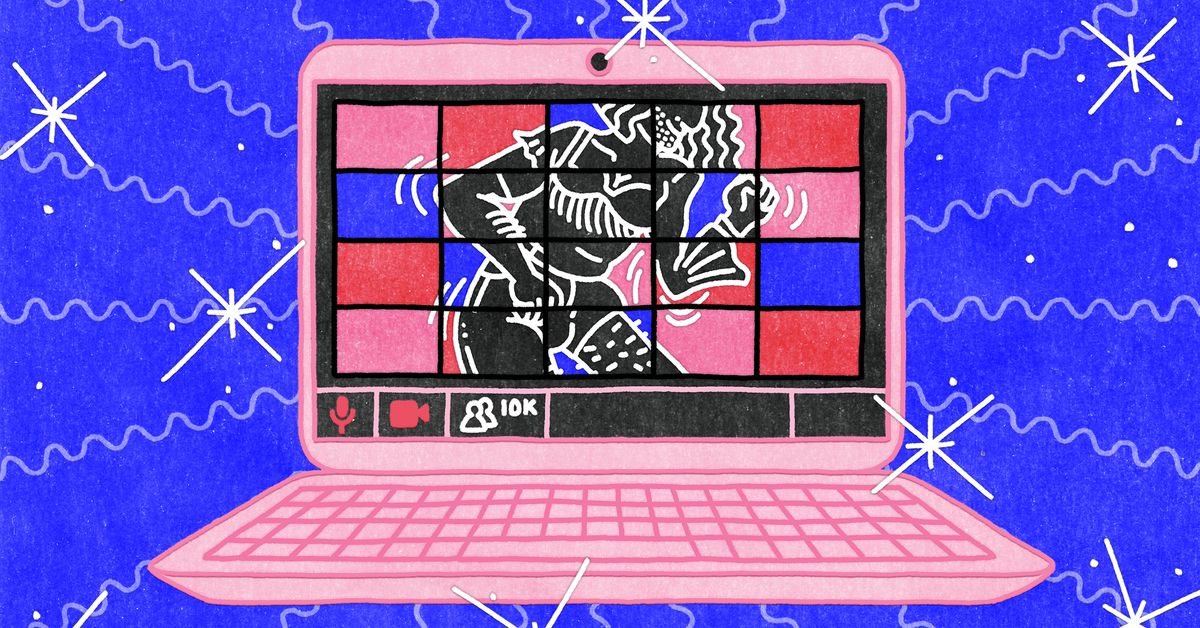 If you were to picture the opposite of social distancing, you might envision a humid dance floor in a windowless warehouse, where bodies writhe on top of one another and a DJ yells “move your fucking tushy” with zero irony.

That’s Dance Church — or it was, prior to the pandemic. The studio, founded by dancer and choreographer Kate Wallich, hosted classes of 90 to 250 people in Seattle, New York, Los Angeles, and Portland, with pop-up locations across the United States. “Dance Church is nasty, rolling in each other’s sweat, holding each other’s hands, breathing on each other. It’s literally everything that spreads the disease,” Wallich says of her pre-quarantine business.

Now, Dance Church has morphed into something else — a 10,000-person mega-event that takes place entirely online. The company has launched its own streaming platform to host dance classes twice a week, and is planning a subscription option soon.

The class is less choreography and more aerobic exercise, synced to a Top 40-style playlist that veers from pop to deep house and hip hop. Cues like “dance with your left hand” and “pop your booty” give the class a silly, inclusive vibe that has little of the formal atmosphere of a traditional class. There are no complicated sequences, no remembering steps. In person, people squirmed on the ground in each other’s sweat. Now they jump around their living rooms, filming themselves dancing with their kids.

The change didn’t happen overnight. As COVID-19 started to spread in the US, Wallich and the other teachers asked people to take precautions — wash their hands before and after class, stay home if they were sick. Then, on March 8th, a class in LA topped 120 people, and Wallich knew things had to change. “I was like, ‘Guys, we have to stop this,’” she says. Dance Church was over, at least in person.

It was a devastating moment. Wallich had 35 employees and no idea how she was going to pay them. She’d been planning to host online classes sometime in the next two years. Now, it was obvious that if she didn’t go online immediately, the entire company would go under.

Rather than move to Instagram Live, as other dance studio owners have done, Wallich decided to launch her own streaming platform with Vimeo’s software, with the help of Dance Church board member Alaa Mendili. They called it Dance Church Go. The first class, broadcast from their studio in Seattle, streamed on every continent except Antarctica, Wallich tells me.

There were glitches in the beginning — the video froze periodically, and as classes started to top 13,000 people, the team scrambled to keep the stream online. Then there was the issue of music rights. In-person classes required a public performance license from the American Society for Composers, Authors, and Publishers (ASCAP), as well as Broadcast Music Inc (BMI). Online classes required a syncing license, too.

But those were just logistics to figure out. The experience that unfolded — the massive classes, the messages from students around the world, the smiling, sweaty photos on Instagram — made it clear Dance Church had unlocked something special. They were reaching their normal crowd, now hungry for release as they sat cooped up in their apartments. But they were also finding people who’d never taken a dance class before, who were too intimidated or too far away to try the studio setting.

Wallich had always said Dance Church was for everybody, and everybody was a dancer. Now, that promise felt real.

Dance Church asks for a $15 donation online, similar to the prices of in-person classes, but it doesn’t turn people away for lack of funds. Those who still have jobs tend to pay a bit more, subsidizing the classes of those who can’t.

Wallich’s mom, who lives in Michigan, has finally been able to participate. “It kind of made me cry,” Wallich says. “Dance Church used to only be in big cities, because that’s where dancers go. It doesn’t make sense to have Dance Church in the middle of nowhere, in Michigan. Now, my mom’s doing it. We’re getting dance to the people! That’s what I keep saying. We’ve gotta get dance to the people. We need it more than ever right now.”

How Big Are the Next-Gen Consoles?

A guide to platform fees