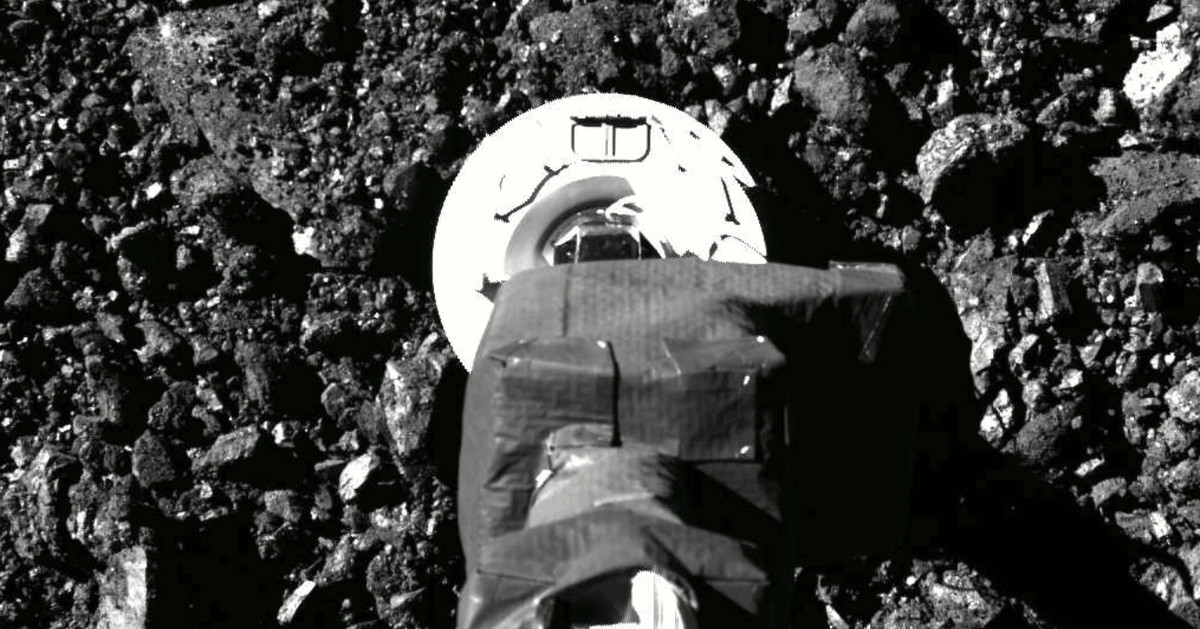 NASA shared astonishing images of its OSIRIS-REx spacecraft touching an asteroid yesterday, revealing how the vehicle stirred up rocks and debris on the object’s surface when it made contact. The goal of the tap was to collect a sample of material from the asteroid, but the engineers behind the spacecraft say they won’t for sure if they collected anything until this weekend, when they spin the vehicle and measure how much material is inside.

“the sampling event went really well, as good as we could have imagined.”

However, the OSIRIS-REx team feels confident that they got something. “Bottom line is from analysis of the images that we’ve gotten down so far, is that the sampling event went really well, as good as we could have imagined it would,” Dante Lauretta, the principal investigator of OSIRIS-REx at the University of Arizona, said during a press conference. “And I think the chances that there’s material inside… have gone way up way up based on the analysis of the images.”

Images of the event show how OSIRIS-REx supposedly grabbed some asteroid dirt from the asteroid — named Bennu — on Tuesday. The pictures highlight the end of OSIRIS-REx’s outstretched robotic arm, tasked with gently pressing onto Bennu’s surface. “We were in contact with the surface for about six seconds, and our collection time about five seconds,” Sandy Freund, a mission support manager for OSIRIS-REx at Lockheed Martin, said during the press conference. When it touched Bennu, the spacecraft’s arm released a whiff of nitrogen gas, which caused the rocks and pebbles on the asteroid to dance and twirl about in a frenzy. The hope is that the gas caused some of those rocks to shoot up into the arm itself.

on Saturday, the engineers will send OSIRIS-REx into a spin

Now it’s just a waiting game as the OSIRIS-REx team pores over the data. On Saturday, the engineers will send OSIRIS-REx into a spin, with its sampling arm outstretched, measuring the vehicle’s inertia. They’ll then compare those measurements to how OSIRIS-REx spun once before, without any sample in its arm. The difference between those measurements should give the team a better idea of how much material the vehicle grabbed on Tuesday.

And if OSIRIS-REx grabbed enough — at least 60 grams — then the mission team will start making preparations for the spacecraft to leave Bennu next year and embark on the long journey home, carrying its precious cargo back to scientists here on Earth.

RIP Quibi: Streaming service shuts down after less than a year