Star Trek: Discovery goes where the series has never gone before 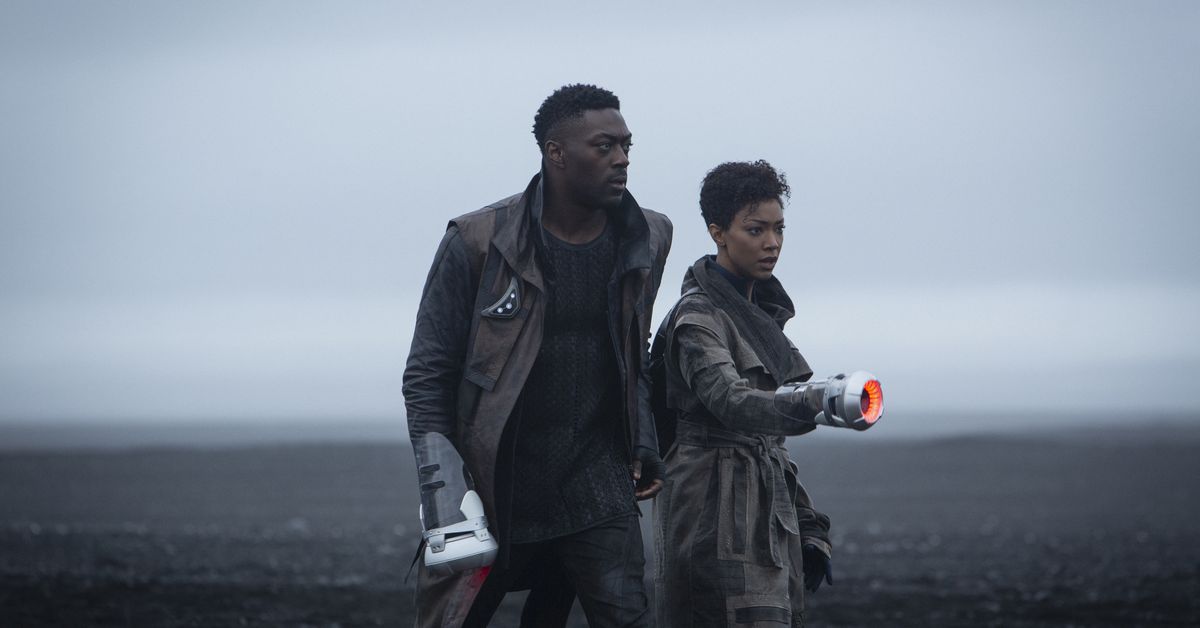 For the first time in nearly 20 years, there are multiple new Star Trek shows you can watch at once. There’s the Next Generation sequel series Picard for those feeling nostalgic; for fans looking to undo a few buttons on their Starfleet uniforms and maybe even drink a beer, there’s the off-kilter animated comedy of Lower Decks. But the series I’m most interested in is Star Trek: Discovery, because it boldly goes where no other Star Trek series has ever gone before.

I know. Tall order. But Discovery hits real good. Its third season begins with a clean break from the 23rd Century — and yes, you can start there. The season 2 finale ended with the crew of the eponymous U.S.S. Discovery leaping forward 950 years into the future, from the 23rd Century to the 32nd, which is to say an era where no Star Trek show has ever been set.

Pair that with a goofy but plausible reason to have the cast and their ship erased from recorded history, and you’ve got a show that’s now the franchise vanguard. Discovery went to extreme lengths to sever ties with its complicated past to tell a completely new story. It is the Simone Biles of narrative gymnastics, and yes, it mostly sticks its landings.

But first, there’s backflips. Commander Michael Burnham (Sonequa Martin-Green), the series protagonist, begins the season the way the previous one ended: in a time travel suit, plunging into a wormhole, with the Discovery and its crew following her.

In the season premiere, which is currently streaming on CBS All Access, Burnham arrives in a future no Trek character has ever seen. Thanks to the quirks of the space-time continuum, she doesn’t know where (or when) the rest of the Discovery will arrive. Across the first four episodes made available to critics, Burnham and the rest of the crew unite and have a series of mostly standalone adventures, touring a transformed galaxy. Institutions they took for granted have crumbled, and disasters they never anticipated have redrawn the balance of power between peoples and worlds. It means Discovery is always asking difficult questions: how do you hold onto your values when you’re the only one who holds them? And then: do you know when they’re no longer enough?

This is the kind of wonky stuff Star Trek is all about, and it’s thrilling to see Discovery go all-in while also doing some pretty great sci-fi action. (Later episodes dabble in Western homage and trippy metaphysical dilemmas.) It’s a good recalibration, although some conflicts are resolved a little too neatly. Apart from the narrative, Discovery also strides towards better real-world representation — new faces include Blu del Barrio and Ian Alexander, the first trans and non-binary actors cast in Star Trek — but the success of those leaps forward largely hinges on whether or not later episodes take new characters in new directions, beyond the episodes they’re introduced in.

Even so, Discovery feels good. The show is telling stories about inscrutable futures and how to meet them, which feels particularly vital in a time where making it through the day with dignity intact feels impossible. We’re all enduring a uniquely trying year, and getting the hell out of here has never been more appealing. With Discovery, you can rocket to another galaxy and time altogether, and watch a diverse group of competent friends and colleagues try to grasp the unknown.

Rapid research in a deadly epidemic pays off

Excel shouldn’t just be a resume bullet. This package can help you know Excel the right way