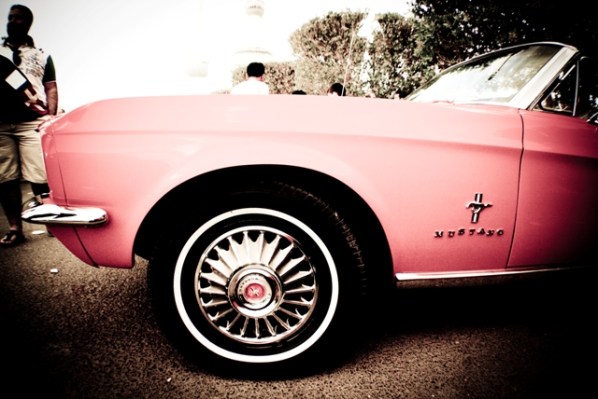 When people ponder the investment opportunity around collectibles, they probably think about things like wine auctions, sales of very expensive, old cars or baseball cards, or maybe a pocket watch that made an unlikely appearance on an antiques TV show, hoping that their piece of treasured tat might one day also be worth millions. But a startup announcing some funding today is hoping that you might add another kind of more realistic kind of collectibles investment into the mix: taking equity in an objet that you might not own outright, but might still prove to give you good dividends.

New York-based Rally, which has built a platform for owners to list rare collectibles, and for others to take investments in them starting at $1, has raised $17 million in an investment of its own, on the back of reaching 200,000 users investing in some 120 “IPOs”, equivalent to more than $15 million worth of assets, according to the startup.

Along with the investment, Rally is also announcing a new leader. George Leimer, who has previously worked at Disney/ESPN, Apple & eBay, is taking on the role of CEO. Christopher Bruno, founding CEO, will take on a new role as president.

Rally got its start in 2017 with a focus on class cars — its full name is Rally Rd. (and, boo for us plus disclaimer, the person who first wrote about it here at TechCrunch, the lovely Fitz Tepper, eventually got poached to work there). Since then it has expanded beyond that to a wider set of categories including wine, sports memorabilia, comic books, watches and more, with the average investment per user hovering at around $300 per offering.

Co-founder and chief product officer Rob Petrozzo said in an interview that new funding round will be used in part to invest further in technology and growing the business, and in part to bring in a wider set of collectibles categories into the mix, in particular through partnerships with other companies.

Which, he would not disclose, but you could imagine how Rally might work as an interesting complement to those who specialize in sales of collectibles, using Rally as an alternative to outright big-ticket sales to meet customer interest in cases when those customers might not want to sink thousands or millions of dollars into a single item, but — as they would with other kinds of investments — spread their smaller amount of money across a wider number of assets.

Rally’s investment is coming from an interesting group of backers, both strategic and financial. They include Porsche Ventures, the Raptor Group (founded by Jim Pallotta, the investor who has owned a number of sports teams), Japanese firm Global Brain and Alexis Ohanian.

The round was actually closed this summer, Petrozzo said. Of the investors, Porsche has an obvious car connection, and was specifically interested in the company because of its connection to younger users, who are less likely to ever be able to buy classic cars, and might never, given changing tastes and consumer behavior.

“We want to have a front-row seat in the alternative investment space, and Rally is the perfect partner, as the average investor on Rally is just 27 years old, we will be able to increase our engagement with younger target groups. We will continue to learn about digital communities and explore business opportunities in FinTech,” said Stephan Baral, Head of Porsche Ventures US, in a statement.

But the other backers are also key, added Petrozzo. “It’s about bringing in a group of investors connected to sports teams and investing in them, and Alexis of course who knows how to build a community,” he said.

It brings the total raised by Rally to $27 million, and it’s not disclosing its valuation.

The company — which interfaces with customers by way of a handy mobile app, or via the web — has seen some significant growth in the last year, which is an interesting by product, I’m guessing, of a wave of people spending more time at home, and staring at screens, and looking for interesting alternatives for where to put their money.

The company said it now has some 200,000 users, with transaction growing some 195% in the last 12 months. Sports memorabilia, Petrozzo said that sports memorabilia has been the most successful and popular category in recent months.

Again, this is probably unsurprising: given how many professional and amateur sports have had to pause and only restart in very controlled circumstances, a platform like Rally provides an outlet for armchair sports fans to indulge in some activity to while away the time.

Typical items include things like a 1937 Heisman Trophy (valued: $460,000) and a Mike Trout Rookie Autograph Card ($225,000: a variant of it was the most expensive baseball card ever sold), but shareholders on the Rally platform can take stakes for under $50 per share.

It turns out that Ohanian’s interest isn’t based on “community building” but on collectibles, as a Rally customer.

“I’ve been investing in collectibles on Rally for nearly two years. It’s the first platform that has made investing in my passions as easy as buying/selling stock,” he said in a statement. “I’m excited to now also be an investor in the company, and am looking forward to watching Rally continue to grow.”

Under Rally’s model, Petrozzo said that the consigner keeps “ownership” of the collectible, the idea being that if the owner decides to sell it, it’s reached a new valuation by way of Rally’s trading platform. Investors can then cash out if the item is sold, or continue trading their shares with other investors, as you would on the stock market. Rally takes on custodianship of the item when it’s being traded on its platform.

“We manage the asset, which is insured and stored by us,” he said, adding that the company also has dabbled in showing off some of the collection at a store in Manhattan, although that project seems to be on pause for now.

Playing 13 Sentinels on PS4 is like binge-watching an amazing, ambitious sci-fi drama