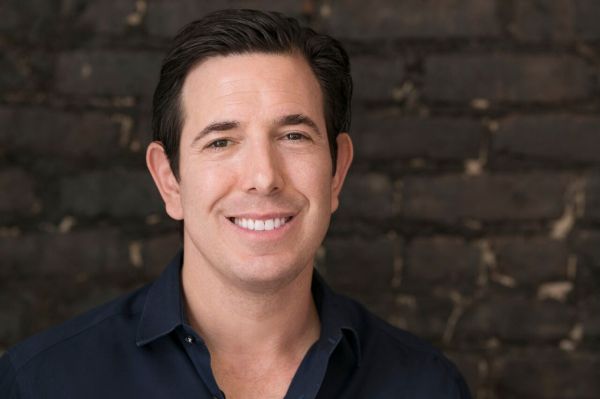 Bradley Tusk has become known in recent years for being involved in what’s about to get hot, from his early days advising Uber, to writing one of the first checks to the insurance startup Lemonade, to pushing forward the idea that we should be using the smart devices in our pockets to vote.

Indeed, because he’s often at the vanguard, it wasn’t hugely surprising when Tusk, like a growing number of other investors, formed a $300 million SPAC or special acquisition company, one that he and a partner plan to use to target businesses in the leisure, gaming, and hospitality industries.

Because Tusk — a former political operative who ran the successful third mayoral campaign for Michael Bloomberg —  seems adept at seeing around corners, we called him up late last week to ask whether SPACs are here to stay, how a Biden administration might impact the startup investing landscape, and how worried (or not) big tech should be about this election. You can hear the full conversation here. Owing to length, we are featuring solely the part of our conversation that centered on SPACs.

TC: Lemonade went public this summer and its shares, priced at $29, now trade at $70.

BT: They are down today last I checked. When you only check once in a blue moon, you’re like, ‘Hey, look at how great this is,’ whereas if, like me, you check me every day, you’re like, ‘It lost 4%. Where’s my money?’

We got really lucky; Lemonade was our second deal that we did out of our first fund, and the fact that it IPO’d within four years of the company’s founding is pretty amazing.

TC: Is it amazing? I wonder what it says about the common complaint that the traditional IPO process is bad — is it just an excuse that founders and investors use to keep a company private longer?

BT: [CEO] Daniel Schrieber was very clear that he and [cofounder] Shai Wininger had a strategy from day one to go public as quickly as they possibly could, because in his view, an IPO is supposed to represent kind of the the beginning. It’s the ‘Okay, we’ve proven that there’s product market fit, we’ve proven that there’s customer demand; now let’s see what we can really do with this thing.’ And it’s supposed to be about hope and promise and future and excitement. And if you’ve been a private company for 10 years, and you’re worth tens of billions of dollars and your growth is already starting to flatten out a little bit, it’s just much less exciting for public investors.

The question now for everyone in our business is what happens with Airbnb in a few weeks or whenever they are [staging an IPO]. Will that pixie dust be there, or will they have been around so long that the market is kind of indifferent?

TC: Is that why we’re seeing so many SPACs? Some of that pixie dust is gone. No one knows when the IPO window might shut. Let’s get some of these companies out into the public market while we still can?

BT: No, I don’t I don’t think so. I think SPACs have become a way to raise a lot of money very quickly. It took me two years to raise $37 million for my first venture fund, and three months was the entire process for me to raise $300 million for my SPAC. So it’s a mechanism that is highly efficient and right now is so popular with public market investors that there is just a lot of opportunity, and people are grabbing it. In fact, now you’re hearing about people who are planning SPACs having to pull [them] back because there’s a ton of competition right now.

At the end of the day, the fundamentals still rule. If you take a really bad company public through a SPAC, maybe the excitement of the SPAC gets you an early pop. But if the company has neither good unit economics nor high growth, there’s no real reason to believe it will be successful. And especially for the people in the SPAC, where they have to hold on to it for a little while, by the time the lockup ends, the world has probably figured out that this is not the greatest IPO of all time. You can’t put lipstick on a pig.

TC: You say you raised the SPAC very quickly. How is the investor profile different than that of a typical venture fund investor?

BT:  The investors for this SPAC — at least when I did the roadshow, and I think I did 28 meetings over a couple of days — is mainly hedge funds and people who don’t really invest in venture at all, so there was no overlap between my [venture fund] LP base and the people who invested in our SPAC that I’m aware of. These are public market investors who are used to moving very quickly. There’s a lot more liquidity in a SPAC. We have two years to acquire something, but ultimately, it’s a public property, so investors can come in and out as they see fit.

TC: So it’s mostly hedge funds that are getting paid management fees to deploy their capital in this comparatively safe way and that are getting interest on the money invested, too, while it’s sitting around in a trust while [the SPAC managers] look for a target company.

BT: Why it kind of does make sense for [them to back] VCs is they are basically making the bet to say: does this person running the SPAC have enough deal flow, enough of a public profile, enough going on that they are going to come across the right target? And venture investors in many ways fit that profile because we just look at so many companies before deploying capital.

TC: Do you have to demonstrate some kind of public markets expertise in order to convince some of these investors that you know what it takes to take a company public and grow it in the public markets?

BT: I guess. We raised the money, so I guess I passed the test. But I did spend a little under two years on Wall Street; I created the lottery privatization group of Lehman Brothers. And my partner [in the SPAC], Christian Goode, has a lot of experience with big gaming companies. But overall, I think that if you are a venture investor with a ton of deal flow and a good track record but very little or no public market experience, I don’t know that that would disqualify you from being able to rate a SPAC.

Google sued by DOJ over antitrust practices: What you need to know