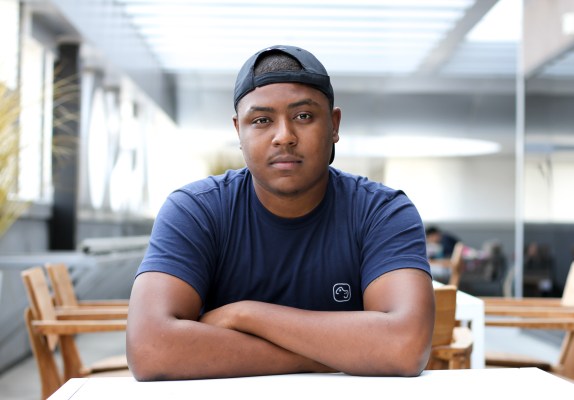 Millions of high school kids play online multiplayer games, but they seldom have crosstown rivals in Fortnite or Valorant. PlayVS wants to make that happen with its platform for school-sponsored esports, and it’s growing like crazy, doubling its staff in the last year and putting thousands of schools on its platform.

“I think we’re building the biggest company in gaming,” CEO Delane Parnell said in an interview at Disrupt  2020 this week. With around 20,000 high schools signed up currently and nearly a hundred million dollars in the bank to grow with, it’s not a totally unrealistic statement.

The company collects $64 per player per semi-yearly season, which starts to add up real quick when you have Counter-Strike teams of a dozen people with alternates, or competing League teams at the same school — multiplied by 20,000, of course. A bit of napkin math suggests income from existing customers is easily in the tens of millions.

Parnell offered the following metaphor to explain what the company aspired to.

“Imagine if there was one basketball court, and every kid who ever wanted to play basketball, whether it’s on behalf of their school, or pick up, or some sort of tournament, that’s the court that they had to play on,” he said. “That’s what we’re building.”

Sure, it sounds a little bit like a monopoly on hoops, but the problem right now is that there really isn’t a shared court at all. Esports is wildly disorganized at that level, if it’s organized at all (and let’s be honest, even at the pro level it’s a bit of a jumble). PlayVS wants to provide the connective tissue so that there’s one place that both players and administrators go to when it comes to inter-school competitive gaming.

Parnell explained that the last year has been about learning the ropes and establishing a presence in the also quite confusing world of state school systems.

“We certainly built the base of the business on the partnership with the NFHS — essentially the NCAA of high schools, they govern and write the rules for our high school sports,” he said. But then individual relationships need to be established with districts, financial programs, state leaders, and of course the game publishers themselves, which are understandably eager to connect with the younger generation of gamers.

So far schools in 23 states have signed up, and Parnell said they’re on track to get every state in the union on board by 2022.

“Those are partnerships that take a little time to form. It also takes additional time to build the technology that actually enables online esports, which most people think exists today, but it actually doesn’t,” he said. “So we’ve started to invest very deeply into hiring a team to build our product. We have a ton of capital in the bank and we intend to use that very wisely.”

The product build-out is more than buying servers — it’s attempting to create parity with the tools available in the context of sports like football and basketball.

“There’s products and services that we can bake in, things like recruiting, scouting, proven technology, highlights… these are things that would normally exist from independent companies within traditional sports,” he said. “One company does one thing, a thousand companies do ancillary things that make the sports experience better for every stakeholder, a parent, a coach, a player, etc. We’re going to be able to do all of those things within the PlayVS ecosystem, because we’re the league operator and the sole holder of that data. We will effectively have complete control of what that experience looks like and all of the revenue models associated with that.”

For comparison he suggested fantasy sports, now a huge industry but not one dominated by a single entity. “If there was one group, like CBS for example, that could have aggregated all that behavior, that’d be a $40-50 billion a year company. But they couldn’t get in with, you know, the NFL, the NBA, to give them exclusive rights to be the only fantasy provider on the market,” Parnell explained. “Game publishers are willing to do that with us, they’re willing to integrate with our product because they know we can execute. So I think that’s a big opportunity. And one could be worth hundreds of billions of dollars.”

PlayVS won’t be expanding into pro leagues, he confirmed, saying that the high school and college level work is as much as they can handle right now. But they’re overwhelmed in the best way.

“It’s almost as if the NBA existed for four years, and then they went back and said hey, we need to build high school basketball, college basketball, etc,” he said. “Obviously there’s a lot of catching up to do.”