OnePlus co-founder Carl Pei confirms he has left the company 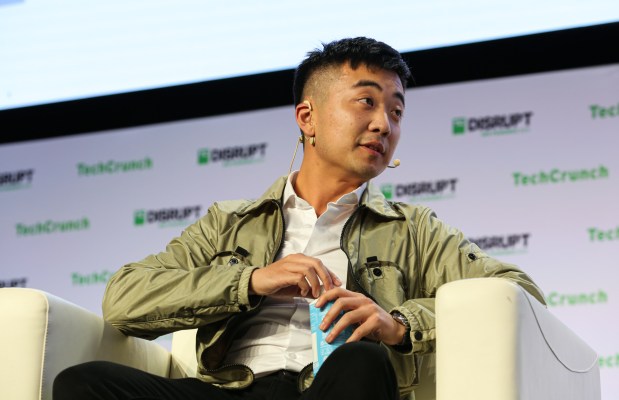 OnePlus co-founder Carl Pei has left the company, he confirmed on Friday. Pei, 31, said he plans to take some time off before pursuing his next step. “After nearly 7 years at OnePlus, I’ve made the difficult decision to say goodbye,” wrote Pei in a post on OnePlus forum.

TechCrunch reported earlier this week that Pei was leaving the company to start a new venture. Pei, who co-founded OnePlus in late 2013 with Pete Lau, has been the public face of the company ever since. He played an instrumental role in designing the OnePlus smartphone lineup over the years, and also how the company marketed them and itself.

“The world didn’t need another smartphone brand in 2013. But we saw ways of doing things better and dreamt of shaking things up. Better products. Built hand in hand with our users. At more reasonable prices. Fast forward to today, and OnePlus is a strong force to be reckoned when it comes to flagship smartphones. And the new Nord product line, this success will continue into new market segments,” Pei wrote in the post.

Pei’s departure comes in the same week as OnePlus launched its new flagship smartphone, the OnePlus 8T. TechCrunch reached out to OnePlus for comment on Monday and has yet to hear back.

News outlet AndroidCentral speculated earlier this week that Pei was leaving the firm possibly because of an alleged “internal power struggles” between him and Lau, 45. Lau took an additional role of SVP at Oppo. BBK Group owns OnePlus, Realme, Oppo, and Vivo. OnePlus has always avoided questions about its ownership structure.

“I am eternally grateful to Pete for taking a chance in this kid without a college degree, with nothing to his name but a dream. The trust, mentorship, and camaraderie will never be forgotten. Thanks for the opportunity of a lifetime,” Pei wrote.

Pei said he was leaving the company because OnePlus had been his singular focus for the last seven years. “I’ve never regretted trusting my gut feeling, and this time it’s no different. These past years, OnePlus has been my singular focus, and everything else has had to take a backseat. I’m looking forward to taking some time off to decompress and catch up with my family and friends,” he wrote. “And then follow my heart on to what’s next.

How COVID-19 and the resulting recession are impacting female founders

Your Peleton Pedals May Have Been Recalled 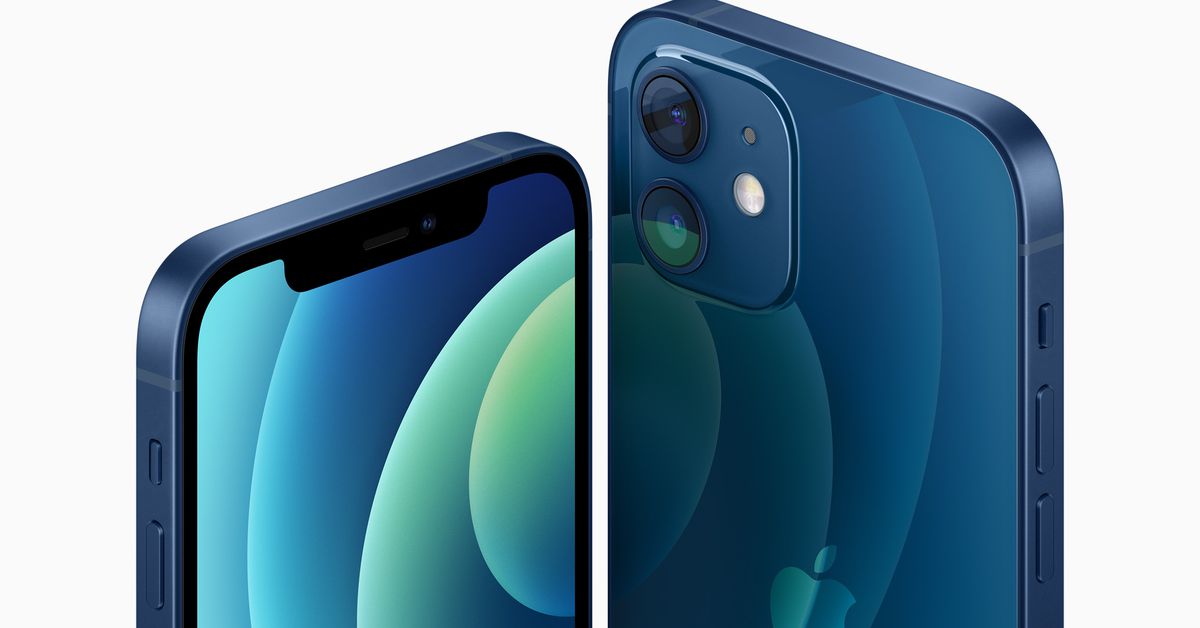 Apple’s latest iPhone supports 5G networks, but not if you use the device in dual SIM mode, according to an internal Apple training document revealing the issue that began circulating on Reddit over the weekend.

Dual SIM mode is a feature introduced on the iPhone line with the iPhone XS, and it’s useful for those traveling or staying abroad (or people who maintain work and personal lines on the same device) by allowing both a physical Nano SIM line and data-only service from another carrier using an eSIM simultaneously.

But that apparently interferes with the iPhone 12’s ability to run on 5G networks, at least for now. Here’s the wording from the Apple document:

When using two lines in Dual SIM mode, 5G data isn’t supported on either line and will fall back to 4G LTE. If customers are using eSIM only and are on a 5G supported carrier and service plan, they’ll have 5G access.

Apple is reportedly planning an update to fix the issue later this year, according to MacRumors, which cites an internal Verizon slide detailing the company’s 5G support for the iPhone. For now, you can access 5G networks on the iPhone 12 with either a Nano SIM line or an eSIM, so long as you use only a single line at one time, meaning any eSIM users will have to remove the physical card from their iPhone 12 to access 5G speeds.

Apple did not respond to a request for comment on its plans to fix 5G compatibility while using an iPhone 12 in dual SIM mode. 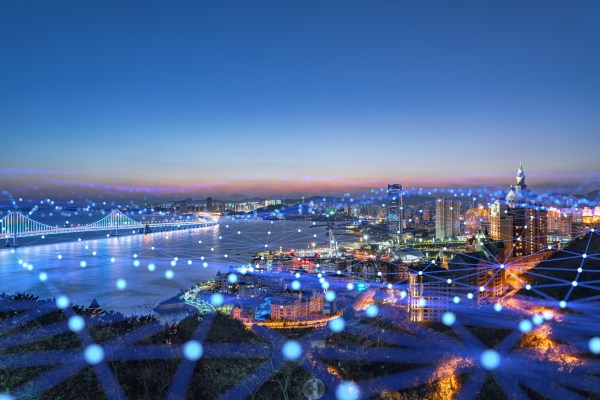 This marks the second AI-fueled networking company Juniper has acquired in the last year and a half after purchasing Mist Systems in March 2019 for $405 million. With 128 Technology, the company gets more AI SD-WAN technology. SD-WAN is short for software-defined wide area networks, which means networks that cover a wide geographical area such as satellite offices, rather than a network in a defined space.

Today, instead of having simply software-defined networking, the newer systems use artificial intelligence to help automate session and policy details as needed, rather than dealing with static policies, which might not fit every situation perfectly.

Writing in a company blog post announcing the deal, executive vice president and chief product officer Manoj Leelanivas sees 128 Technology adding great flexibility to the portfolio as it tries to transition from legacy networking approaches to modern ones driven by AI, especially in conjunction with the Mist purchase.

128 Technologies was founded in 2014 and raised over $97 million, according to Crunchbase data. Its most recent round was a $30 million Series D investment in September 2019 led by G20 Ventures and The Perkins Fund.

In addition to the $450 million, Juniper has asked 128 Technology to issue retention stock bonuses to encourage the startup’s employees to stay on during the transition to the new owners. Juniper has promised to honor this stock under the terms of the deal. The deal is expected to close in Juniper’s fiscal fourth quarter subject to normal regulatory review.

Should You Wear a Mask Outdoors?

Masks protect us from the coronavirus, indoors as well as out. But do you really need a mask outdoors? In some cases, you can go bare-faced, but you should still have a mask in your pocket just in case. Let’s talk about the factors you should consider when deciding if a mask makes sense outdoors. (When in doubt, wear one anyway.)

One of the problems with indoor environments is that some of the respiratory droplets that can carry the virus are tiny. Indoors, the air containing these droplets has nowhere else to go. That’s why outdoor dining makes more sense than eating indoors, for example. The risk isn’t zero; there have definitely been super-spreader events at backyard parties and very likely a certain Rose Garden political event.

Many factors contribute to whether an interaction is likely to be a higher or lower COVID risk, and being outdoors generally takes the risk down a notch.

Next we have to consider what you’re doing outdoors. Considering that Rose Garden event for a moment, should you wear a mask if you know you’re going to be near other people for hours, shaking hands and hugging? Absolutely. In fact, you probably shouldn’t go at all. That goes double if you know the other guests have been disregarding safety measures until now.

But passing somebody when you’re out jogging is a different scenario. To understand this more intuitively, it may make more sense to think of someone with bad breath or who has been smoking recently. Would the scent be overwhelming if you’re in the same park with a few such people? Or would you just detect a mild whiff as they pass you on the trail?

Very brief encounters, like passing someone as you jog or bike past them, may not be zero risk, but they are very low risk. “Any single brief, passing exposure is low-risk, but such exposures might add up over time,” airborne transmission expert Linsey Marr told the South China Morning Post. Wearing a mask makes sense if you’ll be encountering many people while you’re outside. It’s also a reasonable precaution even if you won’t.

Decide based on circumstances

It makes sense to think of the different layers of safety, and use a mask as one of them. If you’re outdoors, exposures are short, and people are nearly always more than six feet away, the mask doesn’t add much protection. If you’ll be encountering many people—for example, on a busy city street—a mask is a helpful safety layer to include.

I don’t wear a mask for most of my outdoor walks and runs, but that’s because I know I’m unlikely to come within six feet—or even ten feet—of anybody else. I go for walks on a quiet neighborhood street where I rarely pass anyone and can cross the street if I do. I go for runs on paths where I’m often the only person there.

But since I prefer to jog without a mask, I’ve given up my favorite running path, the one where I’d probably pass at least one or two people each minute. (If I did jog there, I’d definitely wear a mask; but since most other people on that trail are maskless, it feels like it’s not worth the risk.)

There is no official answer as to whether you should wear a mask outside. The CDC suggests that if you can’t stand wearing a mask when exercising, you should consider moving your workout outdoors. The University of Maryland Medical System says that masks aren’t needed if you’re outdoors alone, but that if you’re jogging down the sidewalk you should mask up. If your city or state gives guidelines for when to wear a mask outdoors, follow those. If not, consider the factors above and wear a mask anyway when in doubt.

Report: Massachusetts rarely fires state troopers, “no matter what they have done”