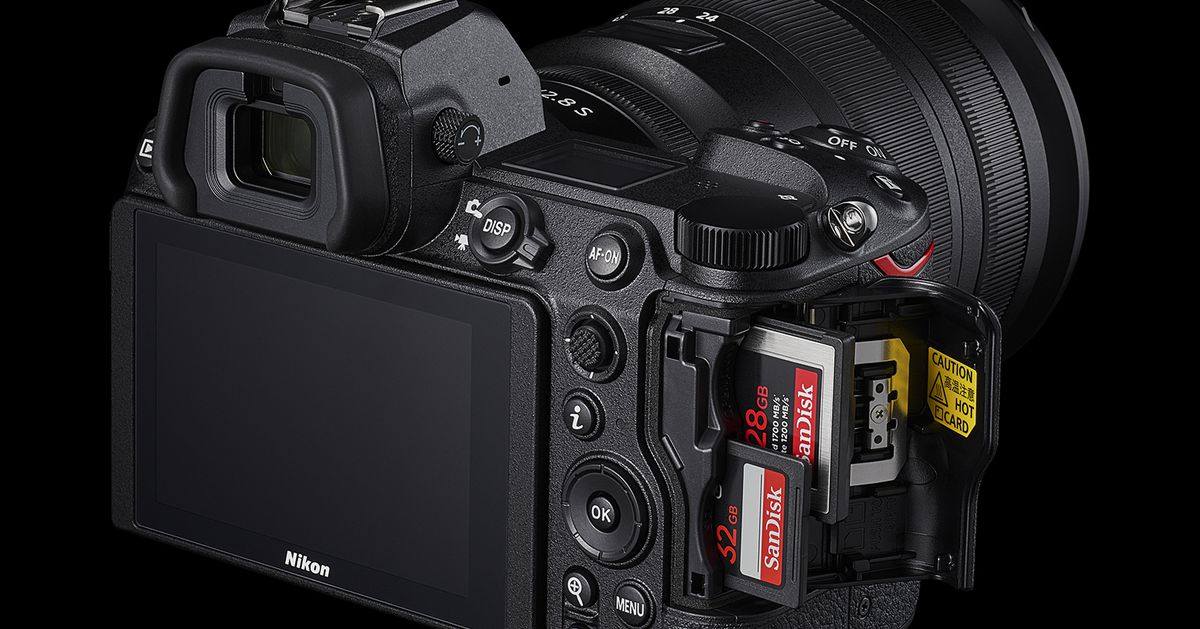 Nikon has announced its latest full-frame mirrorless cameras, the Z6 II and Z7 II, which improve upon their predecessors with faster performance, improved autofocus, and the inclusion of a secondary memory card slot. Otherwise, the second-gen cameras are largely similar to the Z6 and Z7, using the same sensors and with no outward design updates. The electronic viewfinder and vari-angle LCD — it can’t be rotated to face forward for vlogging — are unchanged in both models.

But pros will appreciate one new addition when they open the memory card door: Nikon has added a UHS-II SD card slot that joins the lone XQD / CFexpress slot from last time. So if you want immediate backups for your shots and videos, there you go. Other changes are on the inside: there’s now a second Expeed 6 processor in each camera — yes, they’ve got dual processors — and that’s enabled Nikon to increase their continuous shooting capabilities. The 24.5-megapixel Z6 II can hit 14 frames per second, while the 45.7-megapixel Z7 II now tops out at 10fps.

4K video recording at 60fps has been added to both the Z6 II and Z7 II, but only the latter will offer it at launch. Nikon says a firmware update in February 2021 will bring this feature to the Z6 II. On the Z7 II, you’ll get a 1.08x crop when recording 4K60.

As for the autofocus improvements, Nikon’s face and eye-detect autofocus (along with animal detect AF) can now be used in wide-area AF mode. Both cameras are also better at hitting focus in low-light conditions, according to the company. There’s a new vertical battery grip, and Nikon has also made usability improvements like allowing firmware updates over the Snapbridge mobile app.

The Z6 II will go on sale in November for $2,000 in a body-only configuration or $2,600 when bundled with the Nikkor Z 24-70mm f/4 S lens. The Z7 II will follow in December for $3,000 (body only) or $3,600 (with the kit lens). Nikon is hoping that with both cameras, the increased processing power, improved speed, expanded buffer capacity, more capable autofocus options, and faster shooting will help the company stay in the mix with Canon, Sony, Panasonic, and other camera makers.

Add 12TB of storage to your desktop for just $175 today

How to Have Morning Sex