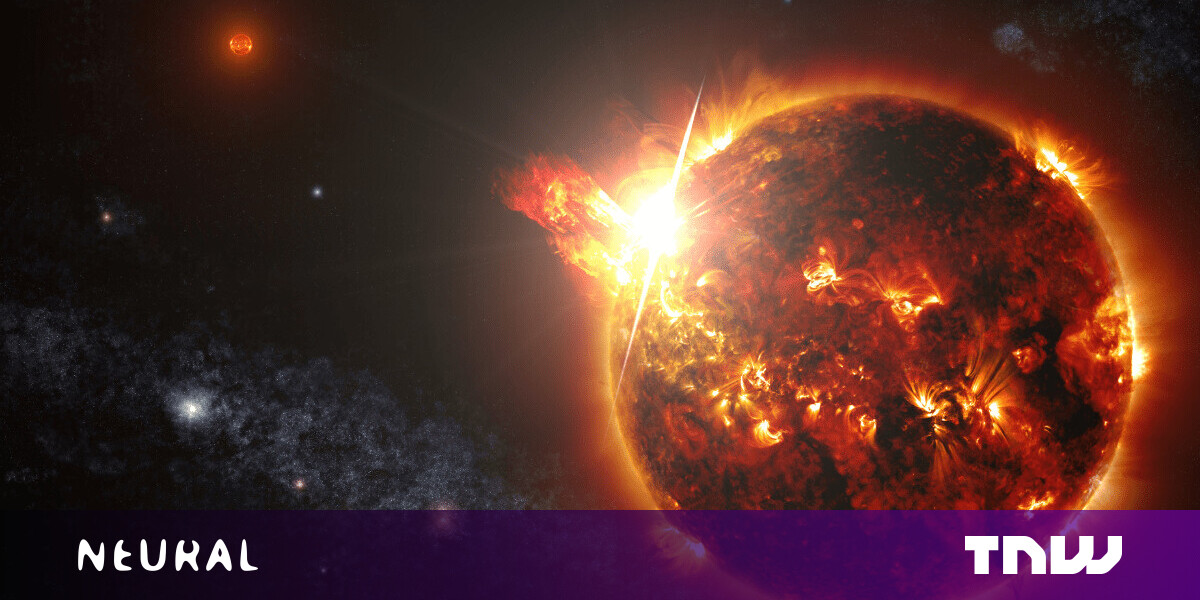 A new AI system that detects flares erupting from stars could help astronomers find habitable planets, according to the tool’s inventors.

The neural network detects the light patterns of a stellar flare — which can incinerate the atmospheres of planets forming nearby. The frequency and location of the flares can therefore indicate the best places to search for habitable planets.

Astronomers normally look for the flares through a time-consuming process of analyzing measurements of star brightness by eye. The AI tool could make their work faster and more effective.

The researchers trained the neural network on a dataset of identified flares and not-flares, and then applied it to a dataset of more than 3,200 stars. It discovered more than 23,000 flares across thousands of young stars.

The researchers found that stars similar to our sun only have a few flares, which seem to decrease in number after around 50 million years.

“This is good for fostering planetary atmospheres – a calmer stellar environment means the atmospheres have a better chance of surviving,” said Adina Feinstein, a University of Chicago graduate student and first author on the paper.

However, cooler stars called red dwarfs tended to have more frequent flares, which could make it hard for the planets they host to retain any atmosphere.

The researchers now plan to modify the neural network so it can look for planets close to young stars.

“This will hopefully lead to a ‘rise of the machines’ where we can apply machine learning algorithms to find a bunch of exciting new planets using the same methods,” said UNSW Sydney’s Dr Ben Montet, co-author of the study.

You can read more on the study findings in the Astronomical Journal and the Journal of Open Source Software.