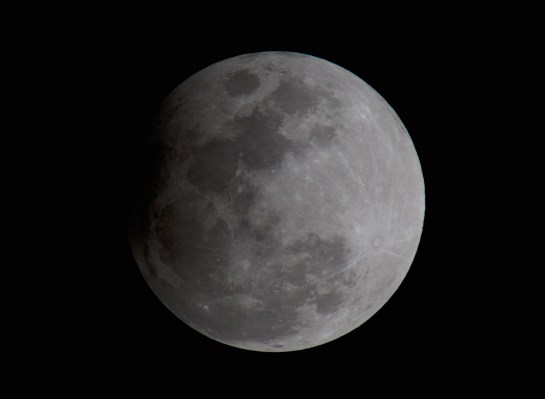 NASA has made a groundbreaking discovery – confirming the presence of water on the surface of Moon, in the area that is exposed to sunlight. Previously, we knew that water was present as water ice on the dark part of the Moon, and that’s part of the reason that the next mission to the Moon is to the lunar South Pole, where it’s believed that water ice could be present hidden in craters that aren’t ever exposed to direct sunlight.

This isn’t an entirely surprising discovery, because NASA scientists and researchers had previously found indications that water was potentially present on the Moon’s sunlight side. But what is new is confirmation, in the form of observational data by NASA’s Stratospheric Observatory for Infrared Astronomy (SOFIA) that deduce water molecules in the Moon’s Clavius Crater in its Southern Hemisphere.

As you might expect since it took this long to actual verify its presence, the lunar water isn’t very plentiful. NASA says they were able to detect between 100 and 412 parts per million in an area spanning a cubic meter of soil, which is around the equivalent of a standard 12-ounce bottle of water – to put that in context, NASA points out that “the Sahara desert has 100 times the amount of water” vs. what SOFIA was able to detect.

Even so, the fact that it’s able to survive intact in the relatively harsh conditions of the sun-exposed lunar surface is intriguing, and will merit further study. Scientists want to find out how the date gets there, and how it manages to actually accumulate. They’ll study that, and scope for potential future use by human explorers establishing a more permanent presence on the lunar surface, through future SOFIA missions looking at different craters and sunlit areas for other water deposits.

This is definitely a landmark discovery, and one that will likely prove integral to the future of human deep space exploration. Part of those longer-term goals include establishing a scientific base of operations on the Moon from which scientists can conduct research, and eventually reach further out to destinations including Mars. Using in-situ resources, including water, could make all of that possible much quicker and without requiring much more complicated workarounds, since it forms the basis for not only human survival, but also essential resources for additional missions from the Moon including rocket fuel for launches.

Ahead of the election, practice voting in this Minecraft server