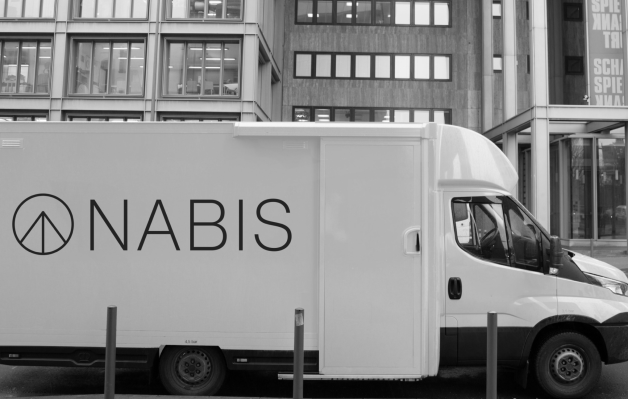 The cannabis industry is quickly growing up, and companies like Nabis play a critical role. Today, the company is announcing it raised $5 million in Series A funding, which will help it grow and expand its offering.

Nabis is a business to business distributor, handling logistics, payment, and warehousing. Instead of being a distributor for beer, snacks, or pet supplies, Nabis is a cannabis distributor. The company acts as a middleman between cultivators and retail establishments, providing both parties’ unique services. Since it’s illegal to ship cannabis through traditional means, most cannabis operators turn to private operations to transport goods.

Founded in 2107, Nabis says it ships a quarter of a billion dollars of cannabis each year to just the California market. With additional funding, the company expects to grow its business to reach 25% of the state’s legal cannabis. And to hit this goal, the company is building a business to business online marketplace where manufacturers and growers can sell their wares directly to retailers in bulk.

Nabis CEO and co-founder Vince Ning spoke to TechCrunch about the company’s funding round and future plans.

Nabis provides essential services to the California cannabis business. For the growers and cultivators, Nabis helps them reach storefronts and retailers while maintaining their own brand identity. For retailers, Nabis simplifies ordering, delivery logistics, and cash remittance — a key feature given the banking industry’s limitations on credit card transactions around cannabis.

The product is collected from manufacturing facilities and stored and tested in secure warehouses until a retailer places an order. Delivery is made to these retailers within 36 hours of the order. When dropping off cannabis products, Nabis can also pick up cash and deposit it for retailers.

“Apart from fulfilling products, we also double up and collect payments upon redelivery of new orders,” Ning said. “We offer a sort of Amazon Prime shipping experience where we ship everything in a 36 hour turnaround time basis. We often revisit the same dispensary multiple times a week, and it gives us a chance to collect payments as soon as invoices are due. We’ll collect cash, cheque, or electronic wire. And on our end, we have a really solid banking relationship that handles cash deposits.

“[The cash deposit service] has a pretty large fee,” Ning said, adding, “but for the cannabis industry, it’s much more palatable. We’ll deposit the cash, and then we remit payments back to the brand in an electronic form.”

Right now, Nabis is focused on the California market. The state accounts for one-third of all legal weed sales in the United States and is growing rapidly. Ning believes he can build Nabis into a billion-dollar company with just this market.

“California’s current market size is around $4 billion by retail value,” Ning says. “Every year it’s been growing by $1 to $2 billion in size, so we can be in California alone and build a billion-dollar distribution business without going out of the state. We plan to become a national distributor. California is a crown jewel centerpiece of the cannabis market given the cachet of California cannabis. [Its] products have the same credibility and reputation in the same way as Napa Valley wine. California cannabis is the homeland of a lot of the best cannabis grown in the US.

Eventually, Nabis hopes to operate nationwide though legal roadblocks stand in its way. Nationally, United States’ regulations prevent interstate cannabis commerce, and each state has its own set of regulations and licenses. Ning says its software is “copy and paste,” but the company would need to build new warehouses and distribution has to serve the customers in these new states.

The company raised its first cash following its graduation from Y Combinator in March 2019. Right now, the company says it handles 7% of California’s legal cannabis and sees an opportunity to capture 25% with additional funding. The company intends to invest the $5 million Series A into expanding its software offering and beefing up its financial services to provide cannabis operators capital.

Currently, Nabis works with 1000 dispensaries and 200 delivery services in the state of California. Its future plans include an online distributor ordering system that would let these retailers order directly from manufacturers. This would upend the traditional system where retailers work with sales teams to source and order products. Ning sees this platform as giving brands more control over their storytelling.

“Right now, [sales teams] have to go to each store, or do Zoom calls, just to place an order,” said Ning. “Then they have to punch it into our system. This marketplace flips the communication process on its head, and retailers come directly to us to place orders with each brand. We offer them, not just the ability to place orders, but to communicate through a chat function and get exposed to different marketing from brands.”

These channels have never existed before in the cannabis space, Ning claimed. He likens the system to that from McKesson, an online pharmaceutical ordering platform with its own fulfillment and delivery system, and operates in a heavily regulated space.

Safety is a huge concern, because to recap, the company collects, stores, and distributes a mass amount of cannabis and cash.

Ning tells me Nabis is licensed in California to ship cannabis and abides by regulations mandating specific requirements around its delivery vehicles. Everything is insured, he says. Each delivery van is outfitted with multiple cameras, floor-mounted safes, and GPS locators. What’s more, van operators can only deposit cash while a second warehouse team can only withdraw the cash.

The company beefed up security following the increase in civil unrest in America.

Operations like Nabis are quickly scaling to address the growing challenges of retail cannabis. As these young players scale and navigate ever-changing regulations, they’re quickly becoming major players with significant market share. But growth is hampered by a federal government that’s caught up in political dealings leaving many companies stuck at state lines. It seems most cannabis operators believe change is coming, but no one is sure when.

Make an Absolutely Filthy Martini With a Little Marmite