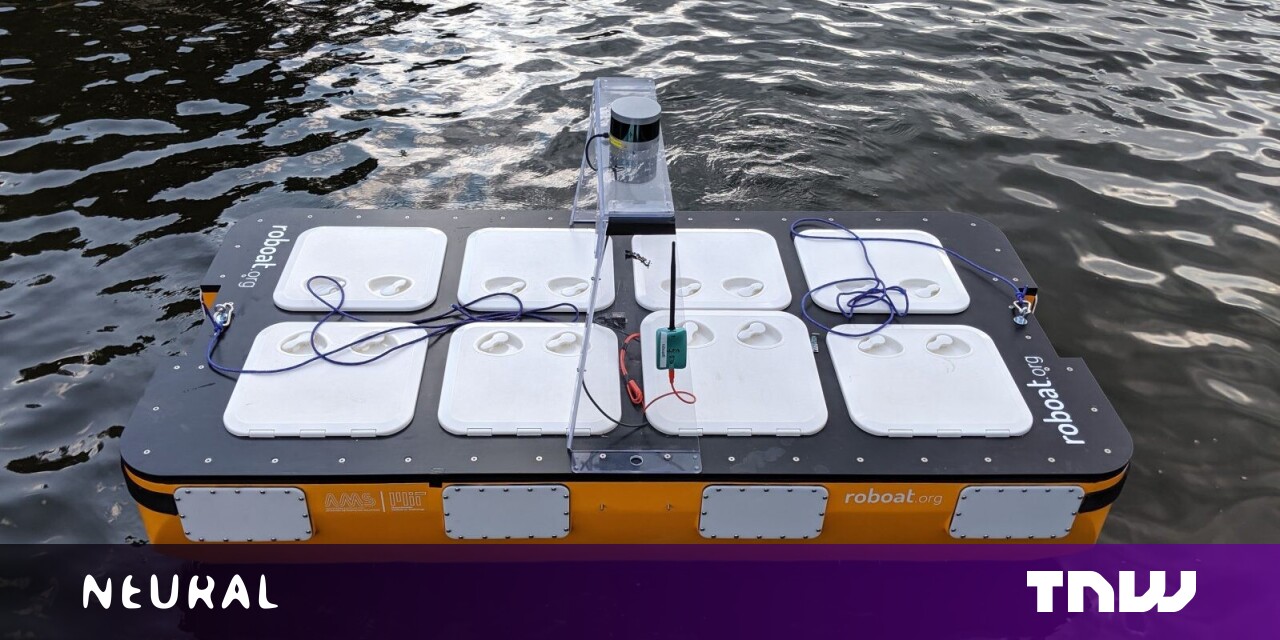 When it comes to autonomous transportation, people primarily talk about cars, buses, and lorries. For cities like Amsterdam, its waterways are an important method of moving people and cargo around. So, it’s another territory autonomous vehicle researchers are exploring as a futurist way of transport.

MIT started the 5-year long transportation project along with the Amsterdam Institute for Advanced Metropolitan Solutions with the first public demo held in October 2018. Roboat II is the second version of the boat in the project with improved capacity for freight.

The vessel weighs 50kgs and it’s equipped with four propellers LiDAR, GPS, and other internal sensors that allows it to move in any direction. It has an adjustable design to carry both cargo and people (capacity of two person).

The Roboat II has an updated algorithm for Simultaneous Localization and Mapping (SLAM), so the controller can assign it tasks such as passenger pickup. Once the task is assigned, the algorithm automatically charts its path based on conditions such as weather and traffic.

Because of its modular nature, a “leader” boat can work with a fleet of other autonomous boats to carry a large set of cargo around the city. Researchers are using a technique called “distributed control system” to manage communication between leader and follower boats.

“The development of an autonomous boat system capable of accurate mapping, robust control, and human transport is a crucial step towards having the system implemented in the full-scale Roboat. We also hope it will eventually be implemented in other boats in order to make them autonomous,” says Wei Wang, a senior postdoctoral associate from the Senseable City Lab and CSAIL.

As a next step, researchers are aiming to build a bigger (4-meter) version of the boat that can carry 4-6 passengers. In addition to this, the team wants to improve real-time object detection and identification, so that it can tackle more complex scenarios that might occur in city waterways. Plus, it wants to create adaptive controls so that the internal structure of the boat change depending on the object placed on it.

Should An Older Couple Buy Or Lease When They Foresee Giving Up Driving?