Microsoft’s new-look Xbox dashboard is rolling out this week 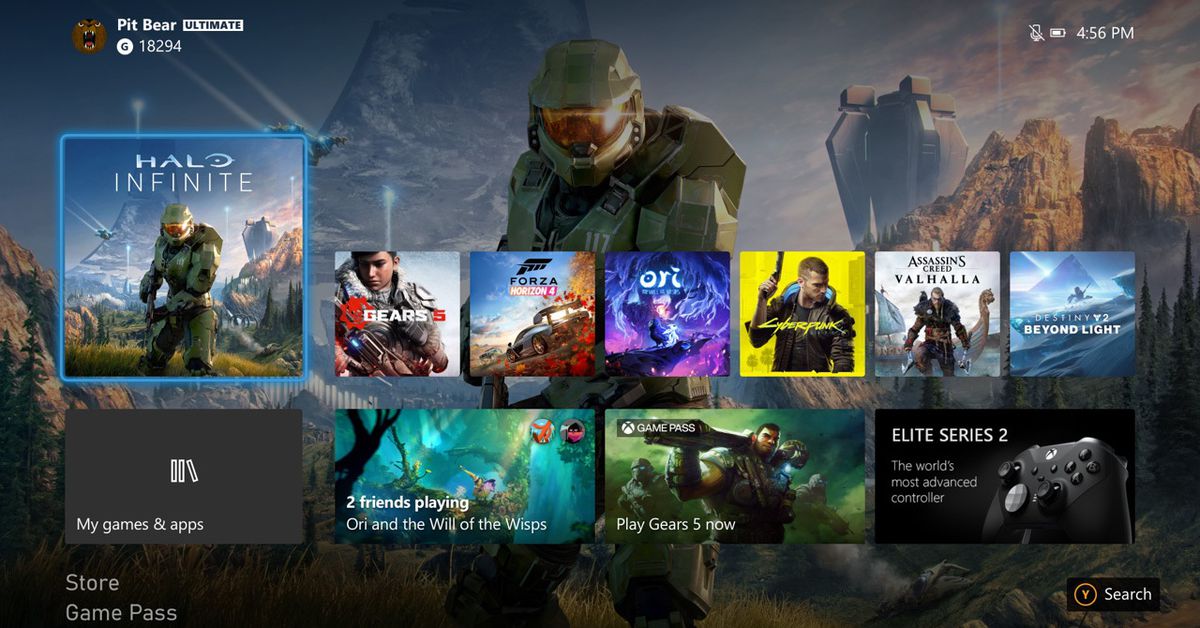 The October update for Xbox is arriving this week, bringing with it a taste of the next generation. Microsoft has announced that a new dashboard design is rolling out to Xbox consoles as part of the latest update, and it’ll also run on the Xbox Series X and Series S when they launch next month.

This new UX was first shown off back in August. Microsoft says the home screen loads 50 percent faster on boot and 30 percent faster when exiting a game, with 40 percent less memory required on the Series X. It’s not clear if owners of older consoles like the One S should expect performance improvements, though.

The layout isn’t hugely different, but there have been tweaks to elements like the Guide and the games library, and visually it’s now a closer match for other Xbox products like the Xbox app for Windows. You can now customize your profile with themes, too, and Microsoft has reshuffled the layout for new users to highlight features like Game Pass and the store.

The update isn’t a huge one, but then Microsoft’s last big overhaul was just this past February. Microsoft does have a penchant for radically redesigning its Xbox UI multiple times each generation, so who knows how long the Xbox Series X dashboard will end up looking like this. For now, though, you can get a head start on its interface by updating your old console.

If you get on with your boss you’re more likely to lie for them, says science