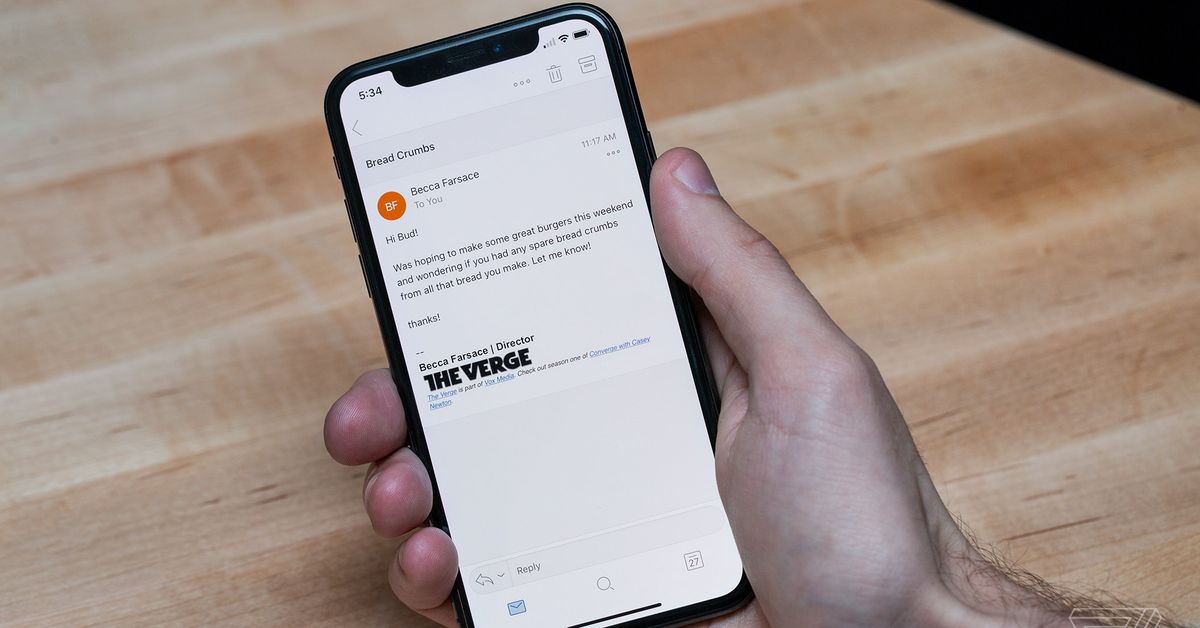 Apple has released iOS 14 today, and Microsoft is one of the first to support the new default mail app in Apple’s latest update. Apple is introducing the ability to switch default apps for both mail and the browser, and Outlook has been updated today to include the support.

Browser and mail apps will need to be updated to support the ability to switch defaults on iOS 14, and iPhone and iPad users will need to delve into the main settings interface in the OS to switch defaults. If you want to set Outlook as the default, for example, you’ll need to head into settings, scroll down to Outlook, tap, and then select default mail app.

At the time of writing, Google has not yet updated its Gmail app to allow it to be set as default on iOS 14. Both Google and Microsoft updated Chrome and Edge earlier this week to let you set these browsers as defaults, although they’re still powered by Apple’s Safari rendering engine underneath.

iPad Who? For Under $200, You Should Buy an Android Tablet

Please do not use a live snake as your face mask