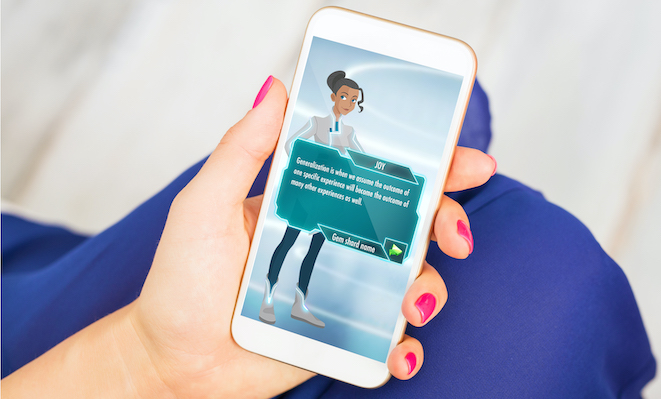 Last December (yes, in the before-times) UK-based mental health startup eQuoo had a round of announcements, becoming the NHS approved mental health game, as well as signing Barmer, the largest insurance company in Germany, as a client.

It’s now been selected as the Mental Health App for Unilever’s new global initiative aimed at the mental health of young people. The move came after Unilever’s People Data Centre (PDC) selected eQuoo out of all the mental health games on the Google Playstore, being, as it is, one of the few backed by scientific research. Unilever’s new brand campaign, which will feature eQuoo app – will be marketed to over 70,000 18 to 35-year olds.

“eQuoo teaches important skills in a fun and engaging way,” said Unilever’s Global PDC Search and Social Analyst, Janelle Tomayo. “The game teaches you how to become a better communicator using fictional characters to navigate through difficult circumstances with skills and storylines empirically based on current psychological research.”

Silja Litvin, founder and CEO of eQuoo said: “1 in 3 young adults experience an anxiety disorder, crippling and harming too many people at the cusp of their adult lives. Together eQuoo and Unilever will equip thousands of people with the personal resilience to manage the pressures of today’s world.”

PsycApps, which makes eQuoo, is a Digital Mental Health startup that is using gamification, Cognitive behavioral therapy (CBT), Positive Psychology and AI to treat mental illness, using evidence-based features. It’s achieved a top rating at ORCHA, the leading health app assessment platform and is also available through the GP EMIS data bank, meaning that NHS doctors can now refer their patients to eQuoo to improve their mental health and wellbeing.

The market for mental health-oriented games and apps is increasing considerably. AKILI, the first ADHD game for children, attained FDA approval. In June, the European Medicines Agency approved Akili’s digital therapy for attention deficit hyperactivity disorder (ADHD), which uses a video game to treat the underlying cause of the condition. The European Commission has granted a CE mark for the game called EndeavorRx, allowing the product to be marketed in Europe.

How to Watch the First Presidential Debate Live