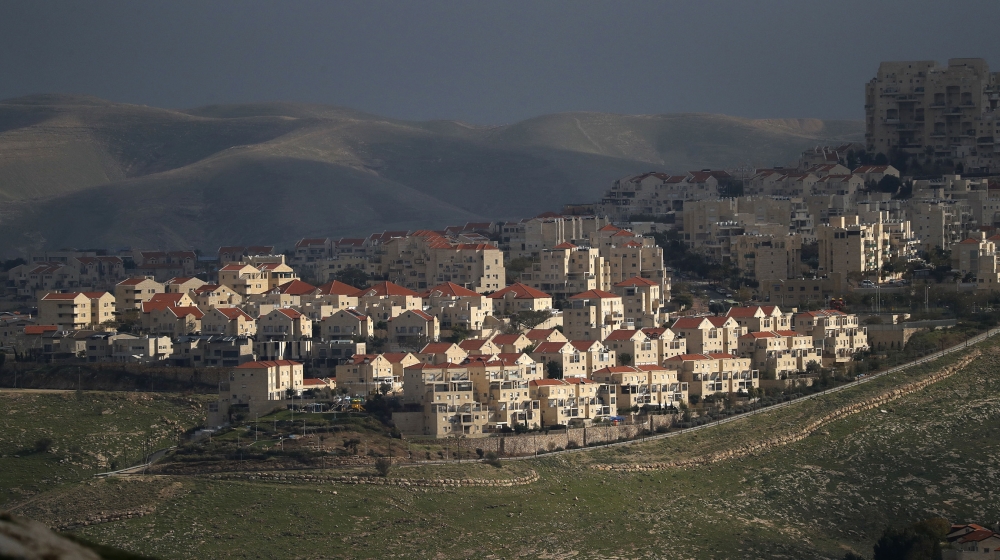 More than 2,000 Israeli settlement units have been approved for construction in occupied West Bank.

The approvals came less than a month after the United Arab Emirates and Bahrain signed agreements to normalise relations with Israel, which in return pledged to freeze its plans to annex swathes of the West Bank.

Under international law, settlements are considered illegal. Palestinian officials and much of the international community view them as the main obstacle to a viable two-state solution.

It said about 2,000 more homes were expected to be approved on Thursday.

“[Prime Minister Benjamin] Netanyahu is moving ahead at full steam toward solidifying the de facto annexation of the West Bank,” it said in a statement ahead of Wednesday’s decisions.

But a controversial plan Netanyahu unveiled in January gave US blessing to Israeli annexation of large chunks of the West Bank, including the settlements.

Al Jazeera’s Nida Ibrahim said the advancement of these settlement units will mark the largest this year in a decade.

“Palestinians see the current Israeli government is emboldened by the strong relations between Israeli Prime Minister Benjamin Netanyahu and the current US President Donald Trump,” she said, speaking from the West Bank city of Ramallah.

“Many Palestinians are hoping that Trump would not get a second term in the US presidency,” she added. “They hope that if the democratic candidate wins the election, they would be able to curve the Israeli settlement expansion.”

Trump sees the Gulf accords as part of his broader initiative for Middle East peace.

On Tuesday, Palestinian Prime Minister Mohammad Shtayyeh said a Trump victory will be disastrous for his people – and the world at large.

Israel agreed to delay those plans under its normalisation deal with the UAE, something Emirati officials have cited in response to Arab and Muslim criticism.

However, Ibrahim said the reality on the ground – with or without an official declaration of annexation – still amounts to continuous Israeli theft of Palestinian land.

Covid-19 makes it harder to save dogs and cats across borders, but rescuers are finding a way 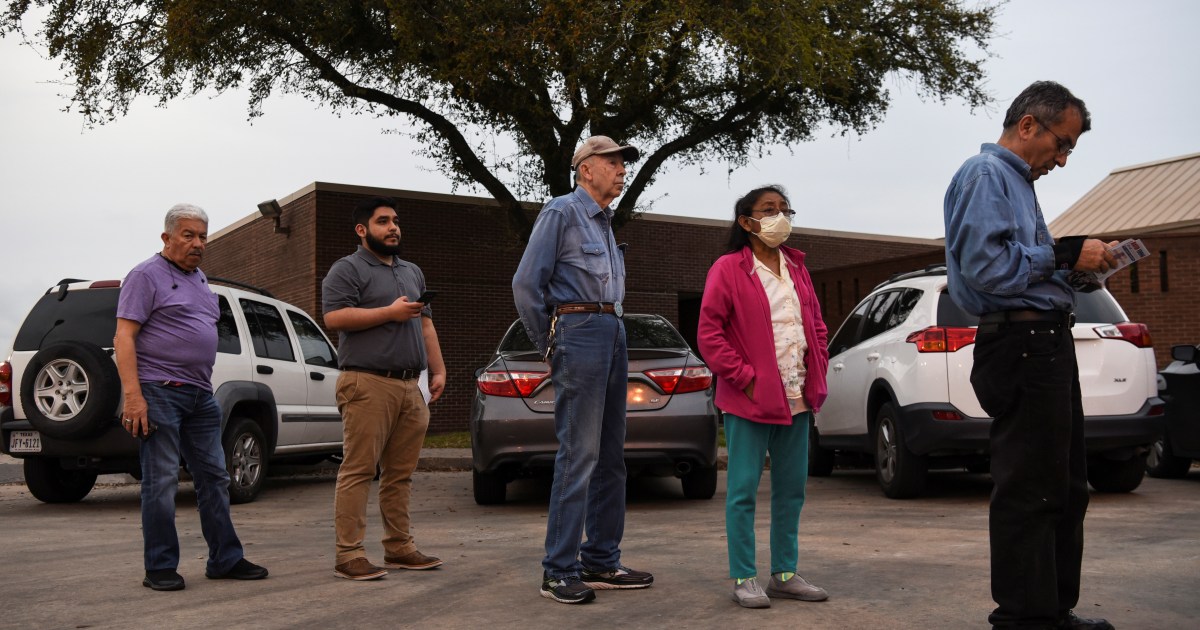 An appeals court in the US state of Texas ruled Friday that Governor Greg Abbott cannot limit drop-off sites for mail-in ballots to one per county, in what could be a setback for United States President Donald Trump.

Upholding a lower court decision, the Texas Third Court of Appeals ruled that limiting the number of drop boxes would increase the risk that voters could be infected with COVID-19 and would infringe on their right to vote.

Trump has repeatedly criticised mail-in ballots, claiming without evidence that they would lead to widespread voter fraud ahead of the November 3 contest that pits the Republican president against former Vice President Joe Biden.

Though a Democratic presidential candidate has not won the state in more than four decades, opinion polls suggest that victory may be in reach for Biden, partly due to voters’ dissatisfaction over Trump’s handling of the COVID-19 pandemic.

The Governor of Texas tried to make it hard for people to vote, with one ballot drop-off per county – even for counties with millions of residents.

As of today, 5.3 million Texans have already voted – which is a whopping 60% of the total number of 2016 voters in Texas. Amazing.

Abbott on October 1 issued an order limiting mail-in ballot drop boxes to one per county, regardless of size or population.

The order raised concerns and criticism that it would put a strain on voters in larger counties like Harris, which encompasses the city of Houston and is home to a racially diverse population of over four million people.

In its unanimous ruling on Friday, the three-member Texas Third Court of Appeals expressed concerns that limiting drop boxes would increase wait times and create long lines, endangering the health of voters.

Attorney General Ken Paxton said his office would “immediately appeal” to the Texas Supreme Court in a statement released after the ruling.

The court’s decision in Texas is the latest blow to efforts to limit drop-off locations for ballots across the US.

On October 10, a federal judge rejected the Trump re-election campaign’s attempts to limit how mail-in ballots are collected in the battleground state of Pennsylvania.

France reported a new daily record for coronavirus infections with 42,032 new cases in the past 24 hours, according to numbers released by country’s health agency on Friday.

This brings the total number of confirmed cases in France to 1,041,075, according to French government statistics, and marks the first time the government’s coronavirus case tally has surpassed 1 million.

Speaking at a health center this afternoon, French President Emmanuel Macron said he expects France will have to live with the virus until at least the summer of 2021.

“When I listen to the scientists, and the Scientific Council, we foresee [living with the virus] at best until next summer,” Macron said. “It is still too early to say whether we are moving towards wider local re-confinements, we will try each time to reduce the places, the moments when we have identified that the virus was circulating a lot. This is the strategy we will pursue.”

Macron added that the government aims to implement new restrictions in the most targeted way possible.

To note: According to the latest data from Johns Hopkins University, France has recorded 1,048,924 coronavirus cases and 34,236 deaths. CNN’s Paris Bureau is working on clarifying the discrepancy between state statistics and the university’s numbers. 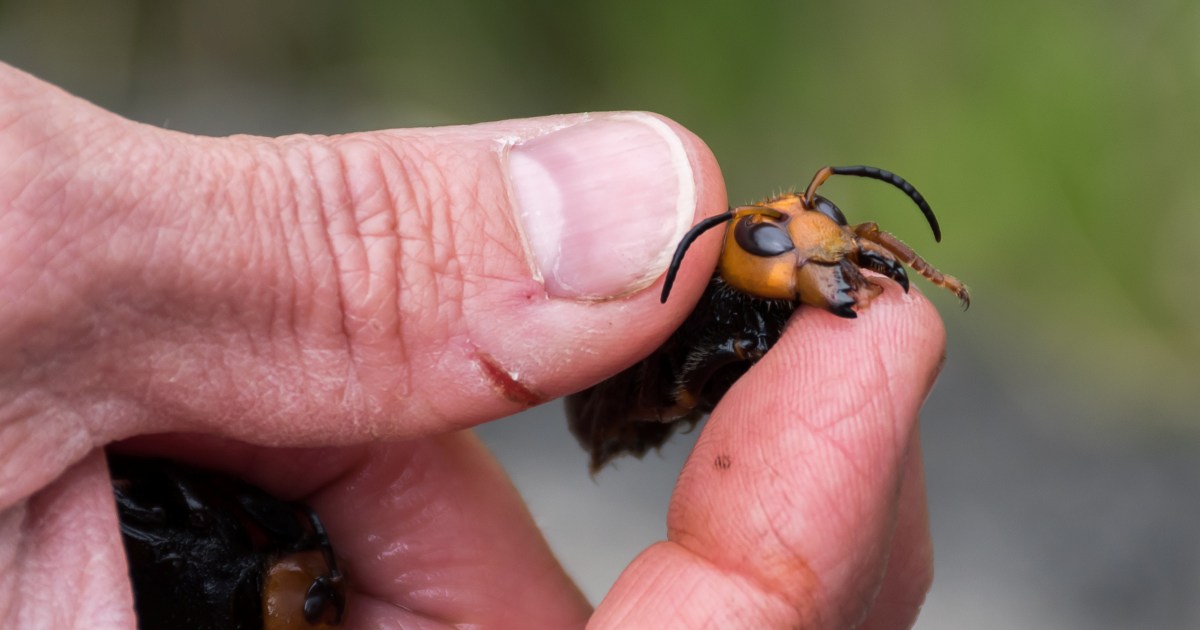 The Washington State Department of Agriculture plans to try to eradicate the Asian giant hornet nest on Saturday.

In a statement on Friday, the Washington State Department of Agriculture said entomologists discovered the nest inside the cavity of a tree on a property in Blaine, a small town on the state’s northern border with Canada.

The agency said its team observed “dozens” of hornets entering and exiting the tree.

It plans to try to eradicate the nest on Saturday, after poor weather forced it to delay plans to dismantle it Friday, it said.

“Asian giant hornets, an invasive pest not native to the US, are the world’s largest hornet and a predator of honey bees and other insects,” the department’s statement read. “A small group of Asian giant hornets can kill an entire honey bee hive in a matter of hours.”

The two-inch insects, dubbed “murder hornets” because of their strong sting that can be fatal to some humans, especially after repeated stings, were first spotted in the US in December 2019 when the Washington State Department of Agriculture verified two reported sightings near Blaine.

More sightings were reported in Washington State throughout the year.

The agriculture department said in September that it hoped to find and eradicate the hornets’ nest by mid-month before new queens emerge and mate, which would help it “prevent the spread” of the invasive species.

The hornet has also been sighted in the Canadian province of British Columbia, just north of the Washington State border.

The department of agriculture in Washington State also cautioned that while the hornets are not generally aggressive towards humans, they can pose a health threat.

“Their string is more dangerous than that of local bees and wasps and can cause severe pain, swelling, necrosis, and, in rare cases, even death,” it says on its website.

In its statement Friday, the department said it discovered the nest after four live hornets were found in two separate traps on October 21 and October 22.

Entomologists were able to attach radio trackers to three of the hornets, one of which led them to the nest, it said.

The Apple Watch Series 6 Is Already $20 Off