Is Netflix actually making the cultural equivalent of billion-dollar movies? 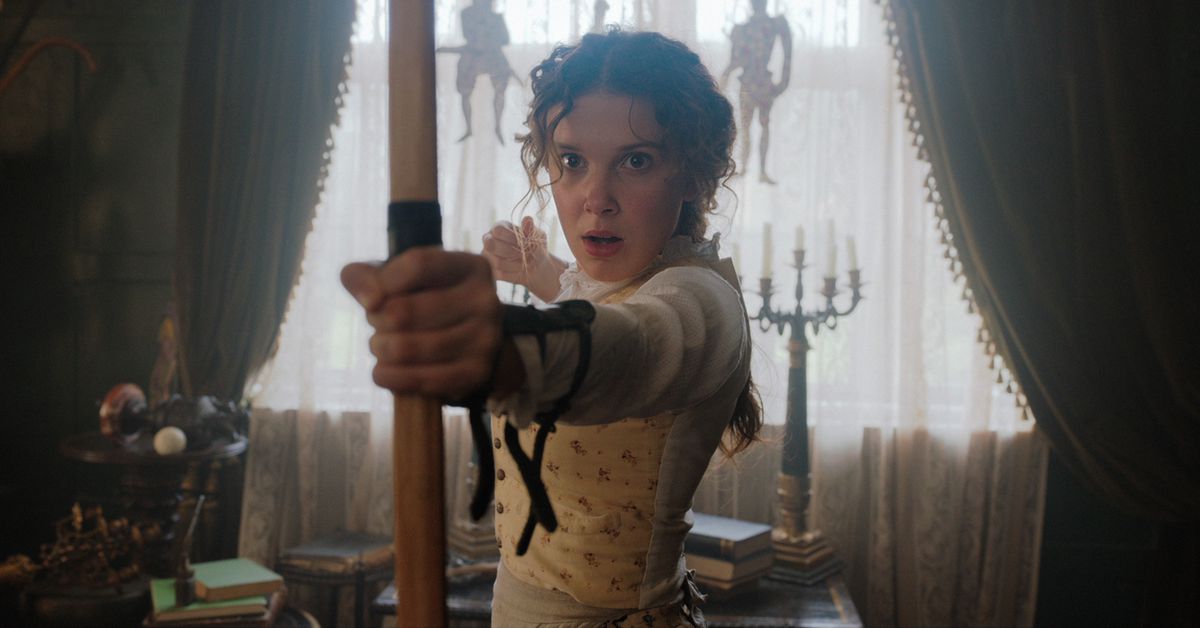 Netflix executives love boasting about how many people are tuning into the streamer’s original movies and TV series, but co-CEO Ted Sarandos made a comment on the company’s earnings call last night that’s left a few people puzzled.

Sarandos was talking about some of Netflix’s most popular movies, citing The Old Guard, Extraction, and basically any Adam Sandler movie Netflix releases. At one point, Sarandos said Netflix is getting “70, 80, 100 million folks turning out to watch [our] movies in their first 28 days,” and spending less on marketing than traditional studios, adding that it’s the equivalent to “a billion dollars of box office in terms of cultural impact.”

There’s a lot to unpack here, but let’s start with the idea that The Old Guard, Enola Holmes, and Murder Mystery or Sandy Wexler are on the same level as a billion-dollar box office movie. In 2019, eight movies crossed $1 billion: Avengers: Endgame, The Lion King, Frozen 2, Spider-Man: Far From Home, Captain Marvel, Toy Story 4, Star Wars: Rise of Skywalker, and Joker. Ignoring the fact that most of those movies are Disney titles, these are films that dominated conversation. That they crossed $1 billion at the box office is a testament to the excitement around each one, many of which belonged to greater cinematic universes. I can think of a hundred Endgame memes; I can’t think of the last time I saw someone talk about Enola Holmes.

Culturally, most Netflix movies are not within the same conversation that other $1 billion films are

In 2018, Screencrush writer and critic Matt Singer wrote that “as far as Netflix is concerned, it may not matter whether they make a masterpiece or not.” This is because subscribers are already spending $12 a month and looking to watch just about anything, Singer added. The bar to clear is much lower than it might be for other studios. (Although, in no way am I trying to claim that Endgame is a great film. It is, however, a big film.)

That’s only part of the issue here. A big part of the discussion is how people actually watch these movies — and if people are watching the whole film. Netflix used to measure a household view if someone (or a family) streamed 70 percent of a film. Last year, Netflix changed that metric. Now a view counts if two minutes of a movie or show is streamed. Netflix executives believe that proves an intent to watch the full thing.

Anecdotally, I’ve watched many movies on Netflix for five minutes before giving up. That’s the beauty of Netflix — if I don’t want to watch it, I don’t feel bad for saying, “Meh.” This is different for a theatrical release. A billion-dollar box office movie, which does not speak to the quality of a film but rather to the cultural excitement around it (again, I thoroughly enjoyed Endgame even if it wasn’t an extraordinary piece of filmmaking), is in part impressive because it speaks to how many people paid $15 to watch said movie.

Choosing to watch a Netflix movie takes no effort: Netflix promotes Enola Holmes to me, I decide to watch half of it before falling asleep or being distracted by TikToks. Deciding to get into a car or on the subway, spend $15 on a ticket, an extra $20 on concessions, sit through 20 minutes of trailers just to watch a movie at a theater requires actual effort. That’s the cultural difference between a billion-dollar box office movie and a popular Netflix title. As CNN’s Frank Pallotta tweeted, “If streamers want to flaunt numbers, cool. But sorry if I’m not buying that Spenser Confidential, a movie I just remembered existed, had a billion-dollar cultural impact.”

I’m not trying to deny that Netflix has made popular movies. Netflix wouldn’t be as successful as a company if there wasn’t a plethora of titles that people were interested in watching. Netflix’s television shows (Stranger Things, The Witcher) have generated the type of conversations that Netflix doesn’t typically see on the film side. Plus, viewership numbers for Netflix Originals, both on the film and TV side, seem to be doing well. Films have received Oscar nominations, and TV shows have won Emmys.

I can also acknowledge that from a box office perspective, if each of those 70-100 million views translated into a ticket bought at a theater, Netflix could technically have a billion-dollar movie — but that’s not what Sarandos was implying. Sarandos meant that culturally, Netflix’s top movies have the same level of impact as Endgame, Joker, or even Avatar, The Dark Knight, and Titanic. That’s simply not true. Those billion-dollar blockbuster films are what people rush out to theaters to watch and rewatch; Spenser Confidential doesn’t fall into that category.

The truth is Netflix doesn’t need each one of its films to be a cultural megahit. Nor should a billion dollars be the staple for what movie is successful. Plenty of movies don’t generate $1 billion and are still extremely successful titles. Netflix works because there’s a little bit of something for everyone at any given moment. Sarandos wants Netflix to make six animated films a year, more than any other studio, and it’ll likely work. The streamer will give people more of what they want — a new movie to stream throughout the week — and is likely to find a hit or two among the pile.

That said, the company clearly doesn’t need its own Avengers to be relevant — there are few things in the entertainment industry as culturally impactful as Netflix.

Relax and Re-Energize: Sunday Scaries Vitamin D3- and B12-Infused CBD Gummies Are 25% Off

How America Invented the White Woman Who Just Loves Fall