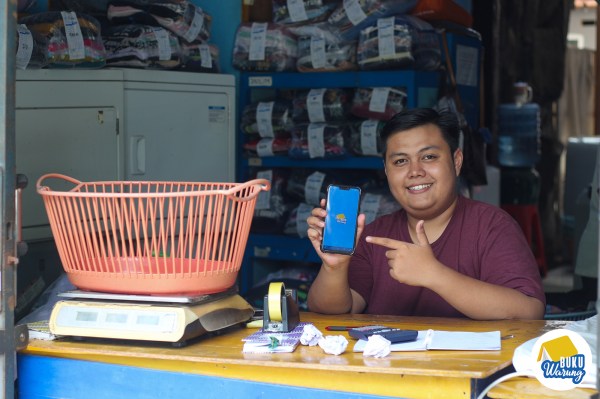 A month after completing Y Combinator’s accelerator program, BukuWarung, an financial tech startup that serves small businesses in Indonesia, announced it has raised new funding from a roster of high-profile investors, including partners of DST Global, Soma Capital and 20VC.

The amount of the funding was undisclosed, but a source told TechCrunch that it was between $10 million to $15 million. The new capital will be used to hire for BukuWarung’s technology team. TechCrunch first profiled BukuWarung in July.

Launched last year by co-founders Chinmay Chauhan and Abhinay Peddisetty, BukuWarung is targeted at the 60 million “micromerchants” in Indonesia, including neighborhood store (or warung) owners. The app was originally created as a replacement for pen and apper ledgers, but plans to introduce financial services including credit, savings and insurance. In August, the company integrated digital payments into its platform, enabling merchants to take customer payments from bank accounts and digital wallets like OVO and DANA. BukuWarung’s goal is to fill the same role for Indonesian merchants that KhataBook and OKCredit do in India.

One of the reasons BukuWarung launched digital payments was in response to customer demand for contactless transactions and instant payouts during the COVID-19 pandemic. Since introducing the feature, the company said it has already processed several million U.S. dollars in total payment volume (TPV) on an annualized basis. The company says it now serves about 1.2 million merchants across 750 locations in Indonesia, focusing on tier 2 and tier 3 cities.

Digital payments is also the first step into building out BukuWarung’s financial services, which will help differentiate it from other bookkeeping. The payments features is currently free and BukuWarung is experimenting with different monetization models, including making a small margin on fees.

“The reason why we launched payments is also very strategic, because there is a lot of pull in the market. We have already seen several millions annualized TPV in less than a month, because the payments we offer are cost-efficient as well and cheaper than to get from a bank,” Chauhan told TechCrunch.

“If you look at the Indian players, like Khatabook, they have also launched digital payments. The reason for that is because it’s a very essential step for building a business and monetization,” he added. “If you don’t have payments, you can’t do anything like that.”

Chauhan added that building a financial services platform is the difference between providing a utility app that replaces bookkeeping ledgers, and becoming an essential service for merchants that will eventually include lending for working capital, savings and insurance products. The bookkeeping features on BukuWarung will feed into the financial services aspect by providing data to score creditworthiness, and help small merchants, who often have difficulty securing working capital from traditional banks, get access to lines of credit.

Microsoft Outlook, Office 365, Teams, and more are experiencing an outage