The centre of Hurricane Delta is moving northward towards the southwest Louisiana coast, the United States National Hurricane Center (NHC) said on Friday, and it is expected to make landfall there by the evening.

The Category 3 hurricane was located about 205 kilometres (130 miles) south-southwest of Cameron, Louisiana, packing maximum sustained winds of 185 kilometres per hour (115 miles per hour), the NHC said.

Residents in the area braced themselves as rain bands – long bands of clouds and thunderstorms – from the approaching hurricane began soaking the same area that was badly battered by deadly Hurricane Laura six weeks ago.

Schools and government offices closed and residents boarded windows and moved out of the storm’s path, as officials ordered evacuations in southwest Louisiana communities.

Blue-tarped roofs still stretched as far as the eye could see on Friday in the town of Lake Charles.

Streets were still lined with sawed-up trees, mouldy mattresses and box springs, ductwork and other wreckage of destroyed or badly damaged buildings, and officials said they feared Delta could turn the small mountains of rubbish into deadly projectiles.

The approaching storm also had an emotional toll on the area’s residents, who are still recovering from the devastation of the previous hurricane.

“We just got lights back on like two weeks ago and then evacuating again? It’s extremely hard,” said Roslyn Kennedy. She was among a handful of evacuees at the Burton Coliseum in Lake Charles who were waiting to be transported, again, to safer destinations.

“I am worried about the debris that hasn’t been picked up,” said Carla Ardoin of nearby Sulphur. “I think that’s what is going to do a lot of the damage.”

It is the tenth named storm to hit the continental US this year, according to Colorado State University researcher Phil Klotzbach, and the fourth hurricane or tropical storm to hit Louisiana in a year – tying a 2002 record.

The question was whether Delta would remain at devastating Category 3-strength hurricane, with top winds of 195km/h (120mph) early on Friday, or drop just before landfall to a still extremely dangerous Category 2 storm.

We just got lights back on like two weeks ago and then evacuating again? It’s extremely hard

It marked the sixth time this season that Louisiana has been threatened by tropical storms or hurricanes.

“I know people in Louisiana, especially the southwest, are very strong and very resilient, but they are going to be tested here,” Governor John Bel Edwards said at a Thursday news conference.

Other states on alert

Concern was not limited to the Lake Charles and Cameron Parish areas of Louisiana, where Laura came ashore in late August. Further east, in the state’s Acadiana region, people were also taking the storm seriously.

“You can always get another house, another car, but not another life,” said Hilton Stroder as he and his wife, Terry, boarded up their Abbeville home on Thursday night with plans to head to their son’s house further east.

On Friday morning, the NHC had a hurricane warning in place for the Gulf Coast extending from High Island, Texas, to Morgan City, Louisiana – located about 391km (243 miles) apart along the Gulf Coast.

New Orleans, well east of the projected landfall area, was expected to escape the worst effects of Delta, but tropical-storm-force winds were still likely in the city on Friday. Local officials said they were preparing for the possibility of tornadoes.

In Mississippi, to the east of Louisiana, Governor Tate Reeves declared a state of emergency, as did his counterpart Edwards in Louisiana.

Millions of Brazilians at risk of slipping back into poverty

You can help make psychedelic therapy for depression a reality

US-based electric carmaker says it will start shipping its entry-level Model 3 from Shanghai factory to more than 10 European countries this month.

Tesla Inc. will start exporting Model 3 sedans made at its gigafactory on the outskirts of Shanghai to Europe later this month, seeking to boost sales in one of the fastest-growing electric-car markets.

The car will be shipped to more than 10 countries, including Germany, France and Switzerland, the automaker said in a statement sent via WeChat on Monday. The company’s Shanghai factory — its first outside the U.S. — opened for local deliveries at the start of this year.

“We hope to serve global customers as a global factory,” Tesla’s manufacturing director of the Shanghai site, Song Gang, said in an interview with local reporters. “The export of China-built Tesla models is a key step in the global layout.”

The Shanghai factory has helped Tesla expand in China, and the company has said it has capacity to produce 200,000 vehicles a year at the site. Monthly registrations of locally made Teslas have been in the 11,000 range for several months, falling to 10,881 in September, according to data from state-backed China Automotive Information Net.

The variant Tesla will initially export to Europe is the standard Model 3. It has a driving range of 468 kilometers (291 miles) on one charge, and it costs about $40,300 in China before local subsidies. This month, Tesla lowered the price of the model in China, a move that was enabled by it starting to use cheaper batteries from local supplier Contemporary Amperex Technology Co. Ltd., people with knowledge of the matter said.

Sales of electric vehicles in Europe are growing at such a pace that the continent looks increasingly likely to outpace China in the near future, London-based automotive research firm Jato Dynamics said this month. Tesla is in the process of setting up a factory and an engineering-and-design center near Berlin, its first in Europe.

The California-based company also said it is committed to expanding its investment in China. It plans to double its production capability, the reach of its sales and service network, charging infrastructure facilities, and employment in the country.

People familiar with the matter said last month that Tesla plans to ship cars made in Shanghai to other countries in Asia and Europe, shifting its strategy for the plant to largely focus on supplying the Chinese market. Chief Executive Officer Elon Musk said in 2019 that the facility would only make lower-priced versions of the Model 3 sedan and Model Y crossover for the Greater China region, and predicted there would be enough local demand to potentially necessitate several factories in the country.

China-built Model 3s for delivery outside the country likely will start mass production in the fourth quarter, the people said last month, adding that the markets targeted included Singapore, Australia and New Zealand, as well as Europe. 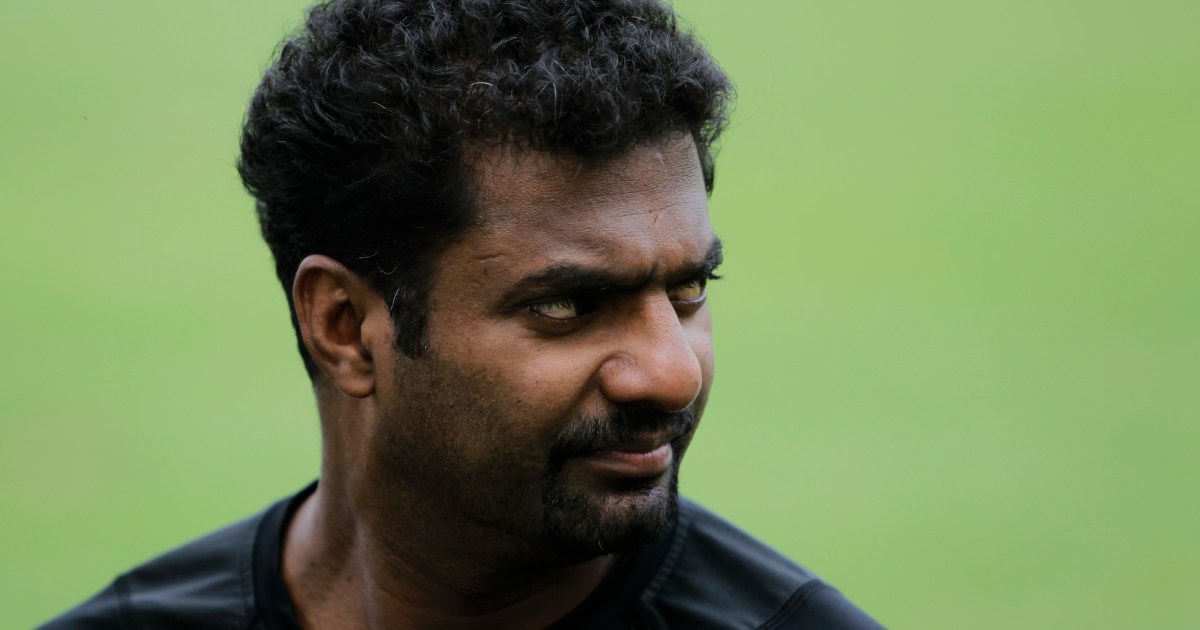 Vijay Sethupathi withdraws from the project after cricketer Muttiah Muralitharan warns him of backlash from Tamils over Sri Lankan civil war.

A popular actor who was set to star as Sri Lanka’s legendary spinner Muttiah Muralitharan in a biopic withdrew from the project on Monday after the cricketer warned he could face a backlash from India’s Tamils.

Tamil politicians in India accuse Muralitharan, who retired from Test cricket in 2010, of betraying fellow Tamils in his country during a civil war that ended in 2009.

Vijay Sethupathi, 42, had been under pressure in his southern Indian state of Tamil Nadu to drop the role in 800 – named after the world record number of Test wickets Muralitharan took in his celebrated career.

“I don’t want one of the finest actors in Tamil Nadu to face any kind of trouble, hence I request him to drop out of the project,” Muralitharan, 48, wrote in a letter tweeted by the actor.

“There should be no obstacles for Sethupathi in the future because of this movie.”

Sethupathi wrote alongside the image of the letter: “Thank you and goodbye.”

But several Tamil actors also came out in support of Muralitharan and Sethupati.

“[Muralitharan] is a very important topic and that film is a complex idea because Murali is one of those Indian Tamils … who were marginalised,” actor Prakash Belawadi told India Today TV.

Belawadi was referring to the two kinds of Tamils in Sri Lanka: the indigenous Eelam Tamils and the “estate Tamils” who were taken there as plantation workers by the British colonisers 200 years ago. The “estate Tamils” faced discrimination even from the native Tamils.

“Murali is a great example of somebody who has emerged from this class,” Belawadi said.

#muthaiyamuralitharan biopic &asking @VijaySethuOffl not to act😡do these people hav no work??why not ask @SunRisers why he is the head coach, team belongs to a Tamilian with political affiliations?VSP is an actor, and do not curb an actor. VSP&cricket both don’t warrant nonsense

What’s the uproar about?

The enmity dates back to 2013 when Muralitharan told then-British Prime Minister David Cameron that he may have been “misled” about the human rights situation by Tamil women who complained to him about disappearances during the war.

Muralitharan, who is currently working as a bowling coach with Indian Premier League side Sunrisers Hyderabad for the continuing tournament in the United Arab Emirates, had said that his remarks about Sri Lanka’s ethnic war were “misunderstood”.

Muralitharan added in the letter that he hoped a new lead would be announced soon.

“I accepted this biopic because I thought the movie will inspire and provide confidence to aspiring young cricketers,” he wrote.

A source close to Muralitharan said in Colombo: “The movie project will go on without Vijay. Producers are already discussing ways to proceed.”

The United Nations and international rights groups have accused Sri Lankan forces of killing at least 40,000 minority Tamils in the final campaign against the Tigers.

The government has denied it killed civilians.

Archaeologists in Egypt have discovered another large cache of unopened sarcophagi in Saqqara, adding to the trove of almost 60 coffins recently recovered from the ancient necropolis.

Although full details are yet to be announced, authorities said in a statement that “a huge number” of wooden sarcophagi had been unearthed. The country’s Tourism and Antiquities Minister Khaled El-Enany said on Instagram that the find amounted to “dozens” of coffins, adding that they have been “sealed since ancient times.”

The collection of sarcophagi, stored in three newly discovered burial shafts, is believed to date back more than 2,500 years. Colored and gilded statues were also found in the tombs, a government press release said.

On Monday, El-Enany and Egyptian Prime Minister Mostafa Madbouly visited the site alongside secretary general of the Supreme Council of Antiquities, Mustafa Waziri. Photos released by the Ministry of Tourism and Antiquities show the trio being lowered into a shaft before inspecting painted coffins and a variety of other objects.

Monday’s announcement marks the latest in a string of discoveries at Saqqara, a necropolis about 20 miles south of Cairo. The vast burial ground once served the royal capital of Memphis, and the site is also home to Egypt’s oldest surviving pyramid.
In September, archaeologists at Saqqara discovered almost 30 closed coffins in one of three burial shafts measuring 10 to 12 meters (33 to 39 feet) deep. At a press conference earlier this month, the ministry said the discovery brought the total number found inside the tombs to 59.

The collection of sarcophagi, announced on Monday, is believed to date back more than 2,500 years. Credit: Ministry of Tourism and Antiquities

Officials said they believe the coffins contain senior statesmen and priests from the 26th dynasty, which ruled Egypt from 664 B.C. to 525 B.C.

The ministry said that further details of this month’s discovery will be announced at a press conference at the site in “the next few weeks.” Its announcement also revealed that Prime Minister Madbouly had produced a video in which he thanked the ministry and “expressed his great pride in the unique Egyptian civilization.”

Although it is not yet confirmed what will happen to the newly discovered sarcophagi, some of those found earlier this year are set to go on display at the soon-to-open Grand Egyptian Museum in Giza. Upon its opening, the 5.2-million-square-foot structure will become the world’s largest museum devoted to a single civilization.