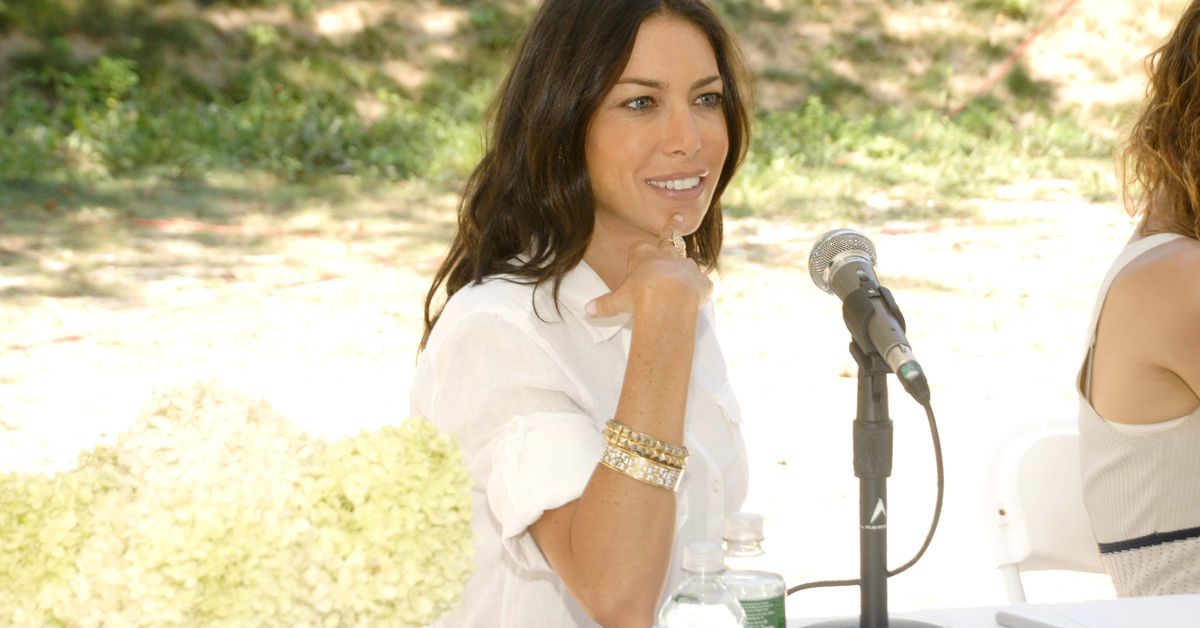 Before April 2020, Tanya Zuckerbrot seemed to have it all. A wealthy Instagram influencer, she had a $22 million duplex on Park Avenue, a handsome-ish husband who worked in real estate, and three seemingly healthy kids. She was also a registered dietitian and the owner of a weight-loss empire called “The F-Factor Diet” (the “F” stands for fiber).

That empire came under fire when another Instagram influencer, Emily Gellis Lande, started posting screenshots from anonymous users who said they’d had bad experiences on the diet. The high-fiber, lean protein program boasts the tagline “eat carbs, dine out, drink alcohol, work out less.” It seems to involve a lot of protein powders and bars. Former clients claim the products gave them hives and rashes, and some say they ended up in the hospital.

In July, anonymous Instagram accounts started popping up with more claims from former F-Factor clients, which Gellis continued to post. Zuckerbrot went on Instagram Live and said she was being cyberbullied. Gellis posted a response implying Zuckerbrot was gaslighting clients, as reported by The Cut.

Now, Zuckerbrot’s legal team has been sending cease and desist letters to people who’ve “slandered” the diet on Instagram, according to Insider. She’s also repeatedly pointed out that Gellis has no background in nutrition and should not be taking her to task. Gellis, for her part, has moved on to posting about a $599 diet from Real Housewives of Beverly Hills star Teddi Mellencamp, who she says is “selling anorexia.”

The feud highlights the limitations of weight loss influencers whose success is predicated on the myth that anyone can be thin. Although the methods differ, the core idea is always the same: if you follow this diet, drink this protein powder, eat this bar, you can have the lean abs and toned biceps of the person you’re looking at on the screen.

It also shows the downsides of anonymous Instagram accounts, which have been used in recent years to call out companies, bad bosses, and universities. While these accounts can be important for holding people in power responsible, they also shield the audience from understanding who is behind their claims. With weight loss, the problem is particularly thorny, as what works for one person might be problematic for someone else.

The dangers of Instagram anonymity caught up with Gellis when she posted two accounts from women who said the F-Factor diet had made them miscarry. The accounts were picked up by the New York Post and Refinery29, but it turned out one of the claims was a hoax.

After the stories came out, Alison Brettschneider, a former Instagram influencer, emailed Zuckerbrot to say she’d planted the story. “It is a FULL OUT LIE,” she wrote, in an exchange reported by The New York Times. “I have never used Tanya’s products.”

Brettschneider said she was motivated to speak out after seeing Zuckerbrot attacked by anonymous sources. Back in 2018, she’d been the subject of an Instagram call-out herself — one centered on racism and white fragility. (She implied that her decision to trick Gellis stemmed from this experience, although her cousin, Amanda Karp, is the head dietician of F-Factor.)

Zuckerbrot posted her own response in an Instagram Live, questioning Gellis’ credibility. The F-Factor Instagram account also posted a response refuting claims made on Gellis’ Instagram about the protein powders containing lead, which made people sick.

I’m suspect of anyone shilling weight loss on Instagram, partly because I’m so susceptible to their messages. The idea that I am one lifestyle change away from achieving maximum fitness is extremely alluring, and I’ve blown an embarrassing amount of money on collagen bars and plant-based powders found on Instagram. I know intellectually this isn’t how wellness works. But emotionally, I always hope I’m wrong.

This is what the diet industrial complex feeds on. It gives people, primarily women, a goal to continually strive for. Because that goal can never be reached, it’s endlessly lucrative and engaging. If you fail at one diet, there’s always another — fresh influencers hawking new ways to eat. Instagram is merely the latest way to consume a very old lie.