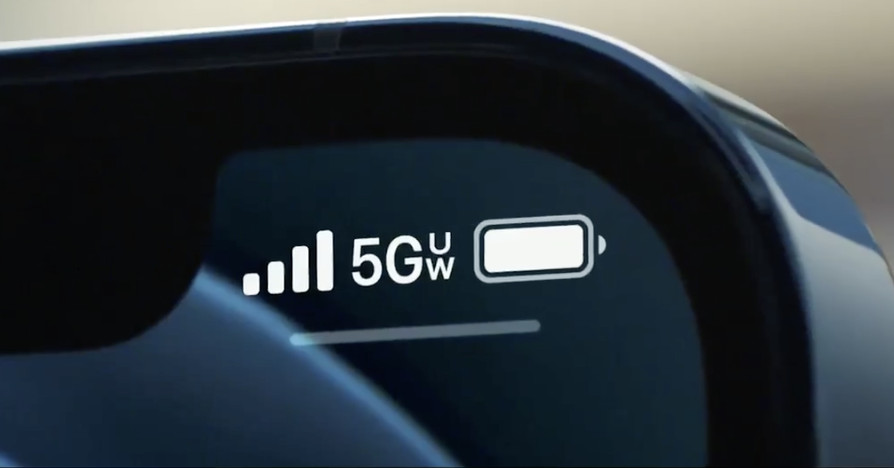 Verizon’s new ad for the iPhone 12 is introducing another 5G logo, but this one — unlike AT&T’s 5G E one — actually means something. Now, if you’re an iPhone 12 owner and in one of the small but growing areas of Verizon’s network that supports its mmWave variety of 5G, you’ll see a new “5G UW” logo.

The UW stands for ultra-wideband, the type of radio technology that allows Verizon to deliver connectivity at the higher-frequency mmWave spectrum. That variety of 5G will be, in theory, much faster than your standard low-band 5G, but it’s only in select cities and only in areas of those markets where Verizon can deliver consistent, undisrupted signal.

The new iOS-specific logo, which is similar to the Android platform’s “5G UWB” logo, was revealed in an ad featuring Chris Rock and touting Verizon as a dedicated partner of Apple in the iPhone maker’s rollout of its first 5G-capable smartphones. If you’re just on the standard 5G network Verizon now offers, you’ll just see a “5G” logo, the ad confirms.

Verizon CEO Hans Vestberg made an appearance during the iPhone 12 virtual reveal event yesterday, and the company also used the Apple launch to promote its big expansion of 5G coverage throughout the US. Verizon’s rollout helps it stay competitive with AT&T and T-Mobile, both of which have rolled out various tiers of 5G while Verizon only offered its limited (but speedy) mmWave coverage.

Now, Verizon customers can access low-band 5G, which is slower but easier to deliver, thanks to Verizon’s use of “dynamic spectrum sharing” (DSS) technology that lets the company use parts of its existing LTE network to deliver slightly speedier low-band 5G coverage.

Here’s a handy breakdown of DSS 5G and how it’ll compare to mmWave from The Verge’s Chaim Gartenberg:

The upside of DSS is that it allows for Verizon to quickly expand its low-band 5G offerings. That gives it the same nationwide 5G footprint as AT&T’s and T-Mobile’s low-band networks without requiring that Verizon buy the spectrum and build out an entirely new network or cut down on its LTE offerings to allocate that space for 5G.

The new DSS-based Verizon 5G will be held back by the same limitations as its low-band competitors in exchange for that boosted range. Namely, due to the nature of the spectrum, speeds will be slower than the ultra-fast mmWave 5G that Verizon has been currently offering — although they should still offer an improvement over existing LTE speeds.

The reason Verizon has two logos is because it wants customers to know when they might be tapping into that much faster but geographically limited mmWave style of 5G. The iPhone 12 has both standard and mmWave, thanks to its new antenna, as evidenced by the US-exclusive antenna window on Apple’s new smartphones. But most consumers throughout the US will be accessing low-band 5G when they do eventually buy a compatible phone, so Verizon thinks it needs a distinct logo to differentiate the two.