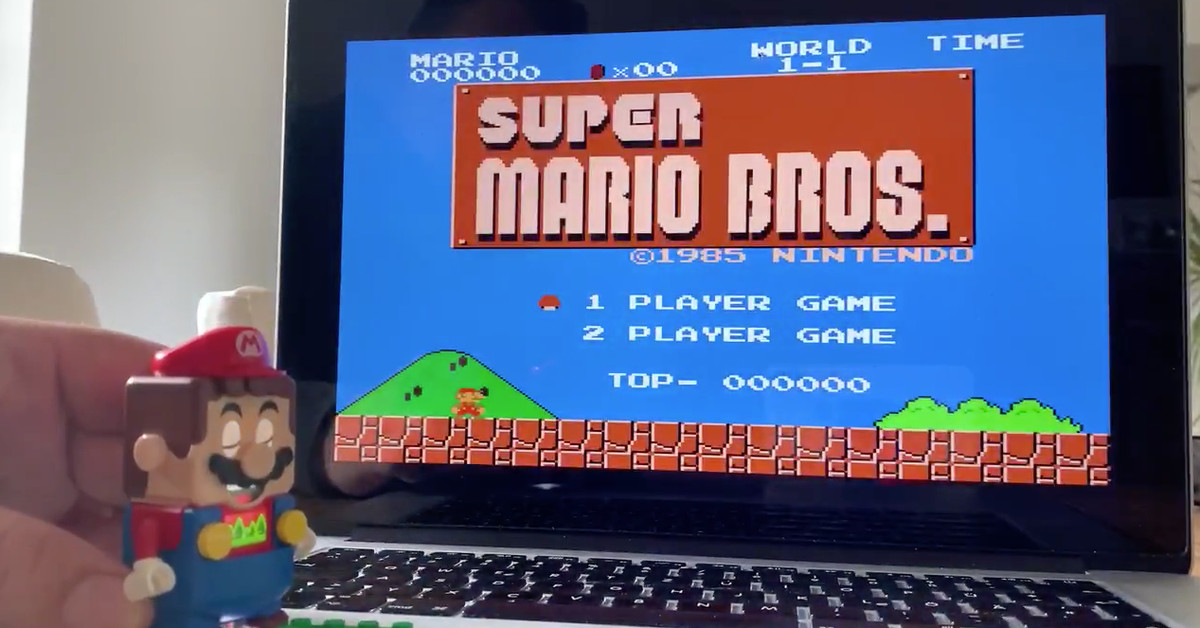 There are lots of ways to play Super Mario games if you’re feeling creative. You could use a regular controller, sure, but why not a Guitar Hero guitar, Donkey Kong’s famous bongo peripherals, or even a real-life drum kit. And what about using Mario himself, turning a figurine of everyone’s favorite plumber-slash-war criminal into a physical controller?

That’s what self-declared “hardware hacker” @r1ckp did, using a Mario mannequin released as part of a Lego Super Mario toy set earlier this year. As you can see in the videos below, @r1ckp tilts Lego Mario backward and forward to move around the game world of Super Mario Bros. (which is running via an emulator in a Linux virtual machine on a Mac), and with the right movements, Mario can jump, shoot fireballs, and head down pipes.

This is all because Lego’s Mario figurine contains some rather interesting tech. In order to communicate with the toy’s digital elements, the figure is equipped with an accelerometer, color sensor, gyroscope, and Bluetooth. @r1ckp says he simply intercepted the signals Mario was sending over Bluetooth and plugged them into the emulator’s controls.

The whole setup took “about 4 hours,” said @r1ckp on Twitter. “The complicated stuff was figuring out the bluetooth protocol. Then it‘s just simulating keypresses at certain events.” He added that he would be sharing the code at some point, allowing others to duplicate this fun little hack for themselves.

Will the Xbox Series S hold back next-gen gaming?