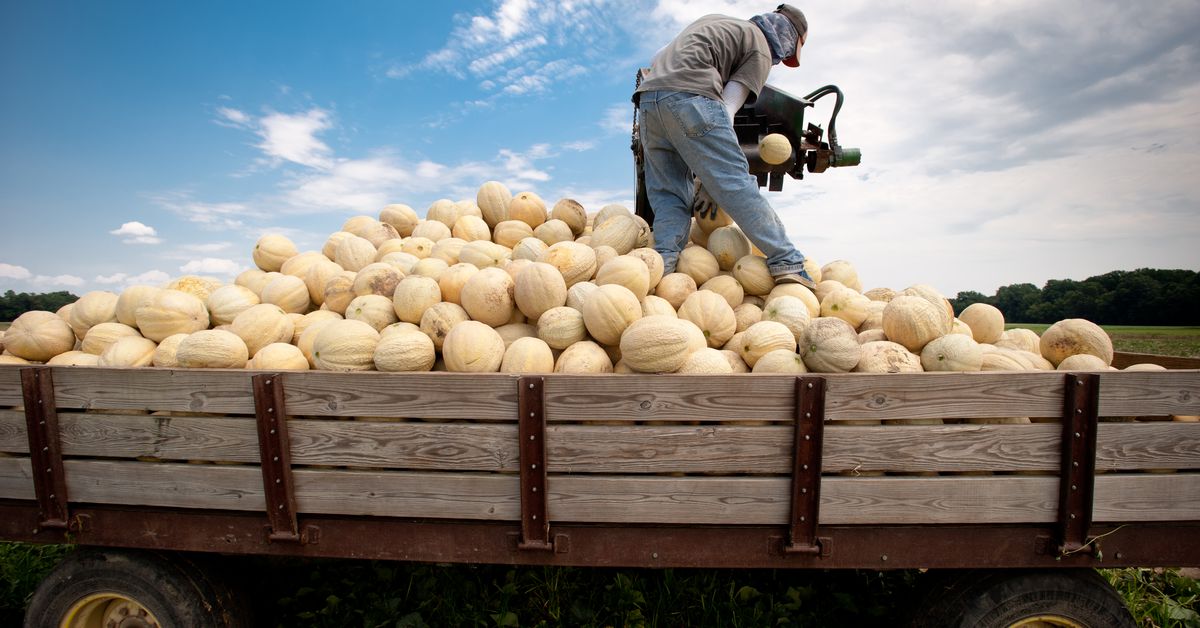 I will never look at a cantaloupe the same way again, thanks to Vann Newkirk II’s latest story in The Atlantic, “Earth’s New Gilded Era.” The fruit brings back some of my favorite summer memories with my mom, who makes a juice with it that Filipinos lovingly call “melon” — pronounced with a long, rolling L (“mell-lown”) so that the name is as satisfying to say as the juice is to drink on a hot day.

Newkirk’s story is a tale of two cantaloupes: he follows the fruit’s journey from the fields where it’s harvested by people working in scorching heat, to a hotel breakfast buffet where the melon is a refreshing snack for summer vacationers. The contrast is just one illustration of the many ways heat will draw the lines between the world’s haves and have-nots as climate change wreaks havoc on the planet.

“The heat gap will be a defining manifestation of inequality”

“In the coming century, when wealth inequality will likely increase and the spaces where humans can live comfortably will shrink, the heat gap between rich and poor might be the world’s most daunting challenge,” Newkirk writes. “In a hot world, the heat gap will be a defining manifestation of inequality.”

Newkirk draws out the different ways heat plays an insidious role in systemic racism, classism, and sexism. He looks at “mass fainting events” in Bangladesh and Cambodia that affected a largely female workforce making clothes and shoes in hot factories. The alarming phenomenon has been cast off as “hysteria,” Newkirk writes, which is when I get “hysterical” enough to nearly throw my laptop against the wall in outrage. Even though the sexist term was banished from diagnostic manuals 40 years ago, it keeps popping up as a way to discredit women, and in this case, dismiss their very real concerns about increasingly oppressive working conditions.

Wealthy countries like the US aren’t immune from the ways rising temperatures exacerbate inequity, Newkirk writes. I live in New York City, and I’ve written in the past about New York’s urban heat islands, neighborhoods built in a way that makes them warmer than surrounding areas. A disproportionate number of Black people die here each year during heat waves as a result. Newkirk travels even further back in time to explore how racist redlining policies “placed” communities of color in literally the hottest spots in their cities. And then he brings us to today’s protests against racism and police brutality and explains why rising temperatures contribute to the many factors making it harder for Black people to breathe in this country.

If some of these connections seem like a stretch, reading Newkirk’s story will connect the dots. If it already makes perfect sense to you based on all the ways you experience the world — either as a person of color, immigrant, woman, worker, or anyone already feeling the searing heat of climate change — it’s still affirming, alarming, and worth your time.

How to Sell Your Car Safely