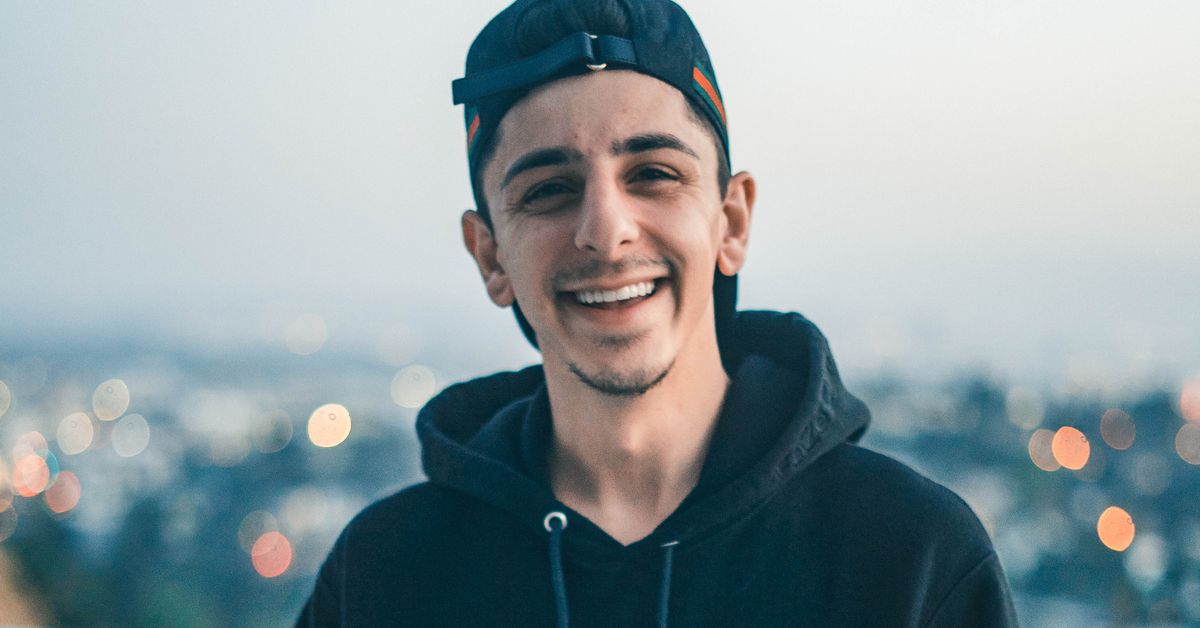 Brian Awadis, better known as Faze Rug, loves to be scared. He watches horror movies, visits haunted attractions at Halloween, and frequently films himself getting spooked on his YouTube channel. “I get scared super easy, but I think that’s what makes it more fun to watch,” he says. “I want to get scared. I just love the thrill of it.” So, around a year ago, when he was given the chance to star in a horror movie — his first ever acting role — he jumped at the chance. “That’s a no-brainer,” says Rug.

For the uninitiated, Faze Clan is a new kind of entertainment company that’s part esports organization, part influencer supergroup, and part merchandise brand. It counts some of the biggest YouTube and Twitch stars in the world among its members, including Rug, along with more traditional celebrities like rapper Offset and NBA star Ben Simmons. More recently, though, the company has started to spread into more mainstream pop culture, and the new movie is just the beginning of a planned cinematic universe based around Faze talent.

The movie is called Crimson, and it’s a clown-themed horror film directed by Gregory Plotkin, who previously served as editor on Get Out and director on a Paranormal Activity sequel. It’s slated to debut just before Halloween on October 29th. (It’ll be available exclusively on a new platform called Inviz.) You can get a taste in the first trailer below:

Rug is no stranger to being on camera — he has more than 16 million subscribers on YouTube — but he says he had no acting experience prior to working on Crimson. “Nope. Nothing,” he tells me. Because of this, he was nervous prior to filming, particularly with the idea of memorizing a 150-page script. But it turned out that he didn’t really have to play a character at all; he was mostly meant to be himself, and there was plenty of room for improvisation with the dialogue. In fact, his nervousness mostly evaporated after the first day on set.

“I was actually pretty scared, I’m not going to lie.”

“Since it was my first time making a movie, on the first day they went easy on us,” he says. “The one thing I remember, the very first scene we did, me and my cousin were in the scene and we were so nervous. And then it only took two takes to get a good take; they said it usually takes six or seven. That helped my mindset through the rest of the movie.” He adds that “I’m really proud of my performance. It was more me being myself, and I think I do that the best, of course.”

The shoot was complicated somewhat by COVID safety protocols; Rug says that he and the rest of the crew were tested daily, and the set had dedicated areas where masks and distancing were required. One of the biggest challenges, though — especially for a new actor — was ensuring the scares felt authentic. But the solution was actually pretty simple.

“The fun part about this was Greg, the director, scared me a lot without my knowledge to get those scary reactions,” says Rug. “I’ll be walking down the hallway in a scary scene and he would creep up behind me and bang on the wall next to me, so I could get that scary reaction. I was actually pretty scared, I’m not going to lie. Until the scene is over and everyone comes out and starts setting up for the next scene, it’s pretty scary.”

He also ran into another problem very specific to a social media star: keeping quiet. “I wanted to post so much about the movie, and I would kind of get in trouble,” he says. “I posted [an Instagram story] once and they all rushed to me like ‘Take that down! You’re spoiling it!’”

It was also a much more grueling schedule than he was used to. Rug says that he typically shoots YouTube videos every other day, and those shoots last around five or six hours. Work on Crimson, meanwhile, involved three weeks of 12-hour-long days. And to make things even more intense, he didn’t actually stop shooting YouTube videos while working on the movie. Instead, whenever he had an off day, he would film something for his channel, including behind-the-scenes features about Crimson. “I didn’t have one day off,” Rug explains. “Since it was just a three-week span, I just told myself ‘Okay, for these three weeks, you’re going to be super stressed.’ I know it’s very unhealthy but definitely now is when I get to chill and relax and not have to worry about a 12-hour day.”

That said, working on the movie also turned out to be motivational. Rug says that being able to watch a crew of professionals work behind the scenes helped inspire him to make his YouTube channel more professional — which meant spending quite a bit of money on new gear. “After a few days on set, I went to the camera store and spent like $7,000 on equipment, because I’m like ‘They did this!’ or ‘They did that!’ I actually was inspired by the way they shot the movie, and I wanted to apply it to my YouTube channel,” he says.

Crimson will be out very soon in order to hit that all-important Halloween window, so you might be surprised to learn that its star has yet to see the story play out from beginning to end. Part of that has to do with the way it was filmed — scenes were shot out of order — but it’s also because of a rapid development pace that means the movie is currently still in post-production. “I haven’t even seen it,” says Rug. “It’s kind of crazy how it’s not done and it’s out in two weeks, but I have full trust in everyone working on it.”

How to Turn Corn Into Hominy (aka Nixtamal)