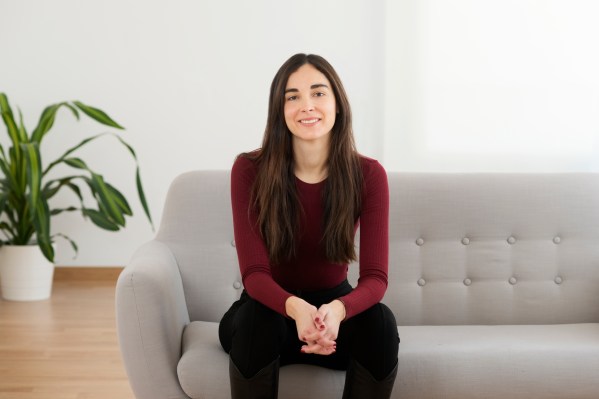 Barcelona-based Emjoy, an audio app for women that sells a narrative of sexual self-care and empowerment, has picked up $3 million in seed funding led by JME Ventures, with existing investor Nauta Capital participating.

The femtech startup believes it has lit on a major opportunity to target women with sex-positive subscription audio content that’s focused on sexual empowerment, intimate education and sensuous entertainment — all wrapped in unapologetically direct digital marketing.

Nor is it alone in seeking to build a brand around such ‘female first’ audio content. (Another startup that springs to mind in this ‘mindful sex’ space is Ferly, for example.) But Emjoy reckons there’s all to play for in this nascent space — which it says is benefitting not only from progress toward female empowerment in recent years but the rise in popularity of podcasting and audiobooks.

“My inspiration for founding Emjoy is based on my personal experience and the experiences of many girlfriends of mine. All of us had normalized not climaxing when having sexual encounters,” Andrea Oliver, CEO and co-founder tells TechCrunch.

“When I began researching this I came across the pleasure gap, with some studies showing that 40% of women have some type of sexual dysfunction. Having been in the VC world and having seen the tremendous success of startups in the mental health and fitness spaces, I was shocked when I could not find an app focusing on sexual wellbeing.”

“What sets us apart from competitors is offering a broad library of both wellbeing and entertainment audios, being extremely trustworthy and reliable because of our in-house sex therapist, partnering with sexual wellbeing experts, and finally being a product company that offers more than just content,” she goes on, discussing the competitive landscape. “An example of this is our ‘Daily Routines’ feature, which allows our users to take 30-day challenges to create new habits, such as accepting their bodies.”

Oliver moved from Nauta Capital, where she’d been working with startups, to founding her own business in January 2019, along with co-founder Daniel Tamas, CTO — taking in an initial €1M from her former VC employer to get the app to market.

Emjoy launched worldwide in early 2020 and went on to clock up 80,000 registered users in its first six months. It now has 150,000 active users globally, with the U.S. and the U.K. its main markets (NB: content is currently only available in English).

“The women who use Emjoy are typically in their 20s, and while most are cisgender we have also received tons of positive feedback from trans and non-binary folk. Really, Emjoy is about getting to know what you like and enjoying yourself, regardless of the gender of your partner(s),” she says.

The startup’s team has grown to 11 people at this point — including an in-house sex therapist. Most of Emjoy’s content is produced in house at this point.

Discussing its approach to content, which the app touts as “backed by science and supervised by our in-house intimacy therapist”, Oliver says: “For each theory or guided session we try to find a scientific study to back what we say, and we work with our in-house sex therapist who creates most of the content and supervises it. We also partner with external collaborators who are experts in different fields such as sexual trauma, body acceptance, relationships etc.”

“It is important to offer science-based content because most of the sexual content that is available today, in blogs or on YouTube, for example, is very untrustworthy. We want to be a trusted and safe environment for our users,” she adds.

The new seed funding will be ploughed into making more content — with plans for additional collaborations with “leading academics, experts and influencers within the sexual wellbeing and education space” — and the overarching aim of building the “category-defining” app in the female sexual wellness space.

Asked why he’s excited about women’s sexual wellbeing audio as a category, investor Samuel Gil, partner at JME Ventures, told us the space is interesting because it’s been so overlooked.

“It has been ignored or forgotten for a very long time but that’s now changing with women being more empowered than ever,” he said, adding: “Women with sexual wellbeing issues might be reluctant to search for help in a more traditional way due to shame or friction. A digital product is ideal to broaden access to sexual wellbeing solutions.”

On investing in Emjoy specifically, Gil added: “It is a nascent category with no clear leaders yet. Emjoy’s vision, ambition, and above all, execution, so far makes us believe that they are really well-positioned to take the leading position very soon.”

Asked what she believes this new rush of female-pleasure-focused audio startups are tapping into, Olivier says: “It is very much an underserved need. We go hand-in-hand with our users to help them discover their bodies, gain confidence, and explore what turns them on, among many other things. We and our users see Emjoy as a journey, with our audio content helping users explore what they like and who they are.

“We are not telling users what they should do, or how they should feel because there is no normal, there’s no ‘should’ or ‘shouldn’t’. Each personal experience and body is unique and Emjoy adapts to each user’s unique journey.”