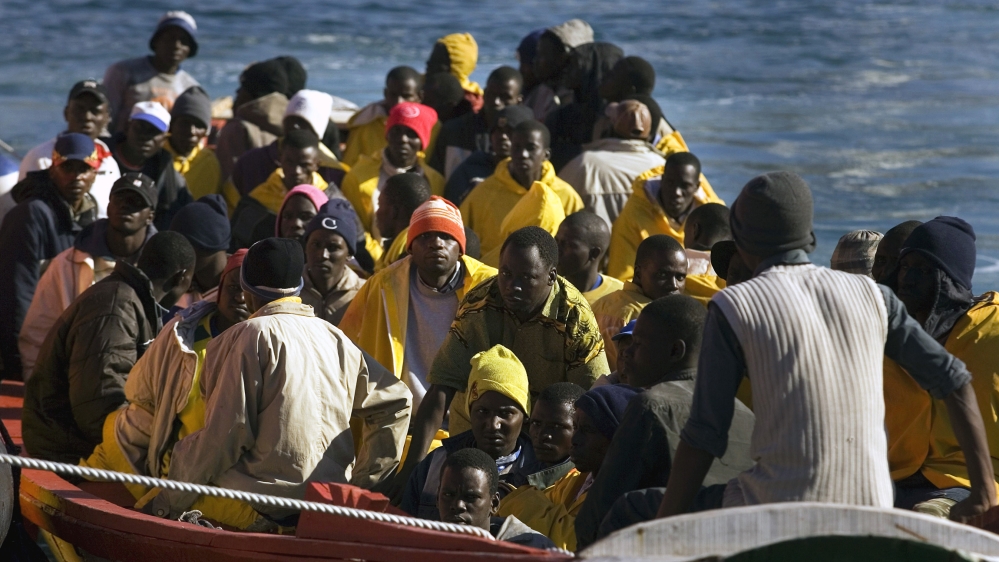 A boat carrying 27 people, all from Africa, sank off the coast of Sfax city killing 11; officials say 7 were rescued.

At least 11 people died, including eight women and three children, and seven others were rescued when a boat carrying refugees sank off southern Tunisia, officials said late on Sunday.

A police source said the boat carrying 27 people, all African nationals, sank off the coast of the port city of Sfax.

Countries in North Africa like Tunisia and Libya are seen as a starting point for migrants and refugees, many of them fleeing wars and hunger, who want to reach Europe via the Mediterranean Sea.

More than 620 people are feared to have drowned in the Mediterranean this year – a dangerous sea journey that has killed at least 20,000 since 2014, according to data gathered by the International Organization for Migration (IOM).

In recent years, many European countries have hardened their immigration process, drawing condemnation from human rights groups and aid agencies, who have repeatedly pointed out the inadequate response by maritime authorities when alerted of people left adrift in rickety boats.

About 17,000 people arrived in Italy and Malta this year by boat from Libya and Tunisia. While the number is a threefold increase compared with 2019, it is still drastically lower compared with the previous year.

Where are they now? The graduates of India’s Door Step School

Hong Nam-ki helped enact rules to protect tenants from rising costs, but landlords have instead been replacing renters – including Hong – to raise deposits. The irony lights up social media.

South Korea’s Finance Minister, the architect of rules aimed at protecting tenants and slowing deposit increases, has himself been forced to look for a new home as landlords react to the rules by quickly replacing tenants so they can bump up deposits.

Hong Nam-ki is also faced with broadening his search as the average deposit where he lives 20 minutes from parliament has soared by a third since his housing rules took effect in July, with the irony of his predicament setting the internet alight.

“Worse comes to worst, he can camp by the Presidential Blue House, right?,” one netizen asked on a real estate forum.

To slow buy-to-rent demand, the Housing Lease Protection Act, led by Hong, capped increases of “jeonse” deposits at 5 percent and allowed tenants to extend standard two-year contracts for another two, unless landlords themselves move into the property.

Jeonse is a lump-sum, returnable deposit paid instead of monthly rent. Landlords invest the deposit and pocket returns.

The Act led to an unprecedented shortage of jeonse housing nationwide as landlords sought to empty properties ahead of its implementation in July so they could increase deposits for new tenants, expecting not to be able to raise them again for four years.

In Hong’s case, his lease ends in January at which time his landlord is set to move into the property, a realtor citing an industry database told the Reuters news agency, echoing local media reports.

“My fellow landlords, lets not rent out to Hong, let him suffer!” wrote another netizen on the popular real estate forum. “Lets make him feel what the government has done!”

Hong is one of a group of senior officials popularly blamed for failing to curb runaway home prices in Asia’s fourth-largest economy even after more than 20 rounds of mortgage curbs and other steps during Moon’s tenure. In that time, median Seoul apartment prices have risen more than 50 percent, KB Bank data showed.

His forced move opened a torrent of schadenfreude, with South Koreans struggling to find affordable housing mocking Hong for being a victim of his own making.

“Dear Hong, come and live in my place. I’ll give you a good deal,” said one netizen.

“Hong’s so smart. Way to go bro. Keep playing the victim and demand a bigger job from Moon,” said another.

Hong, who doubles as deputy prime minister for economic affairs, is himself a landlord but cannot move into either of his two properties. The tenant in his apartment in Uiwang, south of Seoul, has extended the lease by two years due to the new rules. The other property, in Sejong, is under construction.

At a regular parliament audit session in early October, Hong was asked by an opposition legislator if he had found a new home.

“I haven’t found one yet,” Hong said.

Dozens of legislators urge US to boycott Saudi Arabia-hosted G20 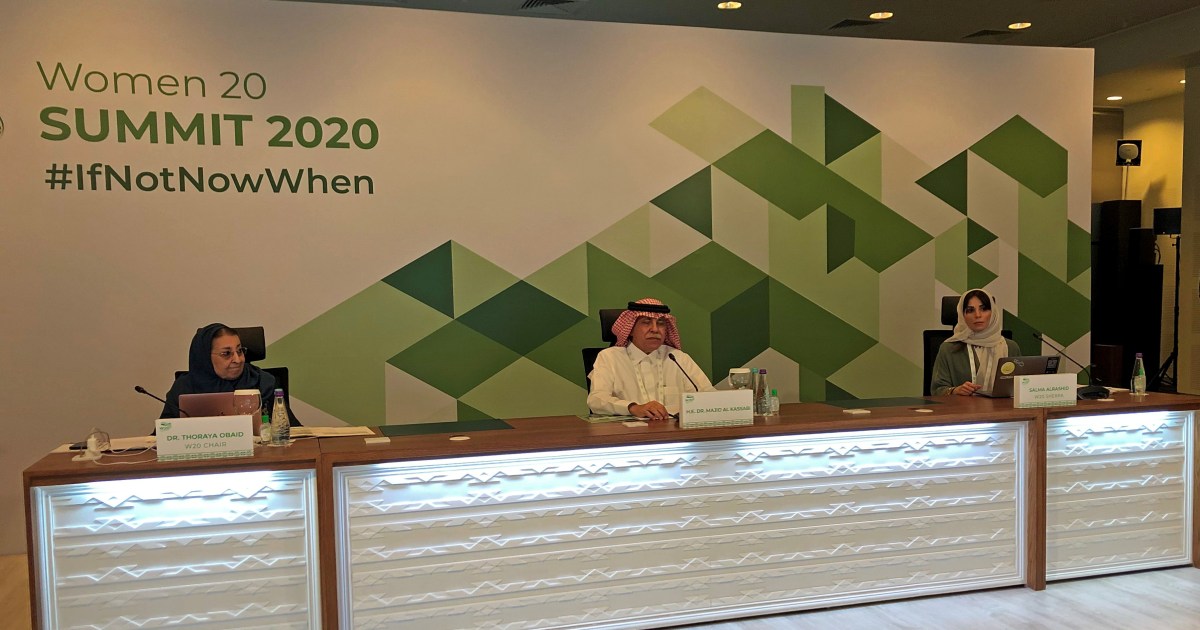 Embarrassment for the kingdom, the current G20 president, as it gears up to host world leaders next month.

Forty-five legislators in the United States have urged the Trump administration to boycott next month’s G20 summit in Riyadh unless Saudi authorities address key human rights concerns, according to a correspondence released on Wednesday.

The letter from US Congress members to Secretary of State Mike Pompeo comes after European legislators passed a resolution this month, calling for the European Union to downgrade its attendance at the summit, also over human rights.

The developments are a source of embarrassment for the kingdom, the current G20 president, as it gears up to host world leaders next month at what is widely seen as a crucial event for Saudi international diplomacy.

Among a suite of demands, Congress members called on Riyadh to release jailed activists, end its military campaign in neighbouring Yemen, and provide accountability for the 2018 murder of journalist Jamal Khashoggi in Istanbul.

“As the world’s leading democracy and purveyor of human rights, our government should demand dramatic changes to Saudi Arabia’s dismal record of human rights violations,” said the letter, seen by AFP news agency.

“Should the Saudi government fail to take immediate steps to address this record, we should withdraw from the Saudi-led G20 summit and commit to making human rights reforms a condition of all future dealings with Saudi Arabia’s government.”

Jan Schakowsky and Ilhan Omar, Democratic members of the US House of Representatives, were among the 45 lawmakers who signed the letter, which was supported by advocacy group Freedom Forward.

Sixty-five members of the European Parliament have also signed a letter calling for the EU to downgrade its attendance at the virtual G20 meeting.

A downgrade would imply European Commission President Ursula von der Leyen and the European Council President Charles Michel will not take part in the summit if they heed the call of the legislators.

There was no immediate reaction from the Saudi government or Pompeo.

The legislators’ letter came as Riyadh on Wednesday began a two-day Women 20 (W20) conference before the G20 summit to be held on November 21-22.

The virtual conference sought to promote women’s rights and gender equality, but came under fire from human rights campaigners angered at the ongoing detention of several female Saudi activists, including Loujain al-Hathloul.

“While courageous women are subjected to torture for peaceful activities, the Saudi government seeks to assert itself on the international stage as a ‘reforming’ power,” said the New York-based Human Rights Watch.

“W20 attendees should refuse to play a role in Saudi Arabia’s whitewashing efforts, use their platform to speak up for Saudi women’s rights champions, and advocate for the end of all discrimination against women,” it said on Tuesday.

Saudi Arabia, the first Arab nation to host the G20 summit, had planned for a grand meeting that would showcase the ambitious modernisation drive of MBS.

But the novel coronavirus pandemic has dampened those hopes, making a physical summit impossible, as the kingdom faces international backlash over human rights.

Earlier this month marked two years since Khashoggi, the 59-year-old Washington Post columnist, was killed at the Saudi consulate in Istanbul, after he entered the premises to obtain paperwork for his planned marriage.

His body, which Turkish officials say was dismembered by Saudi officers, could not be found.

Activists and human rights groups have said the murder was premeditated and carried out under the directive of MBS, a charge Riyadh denies. 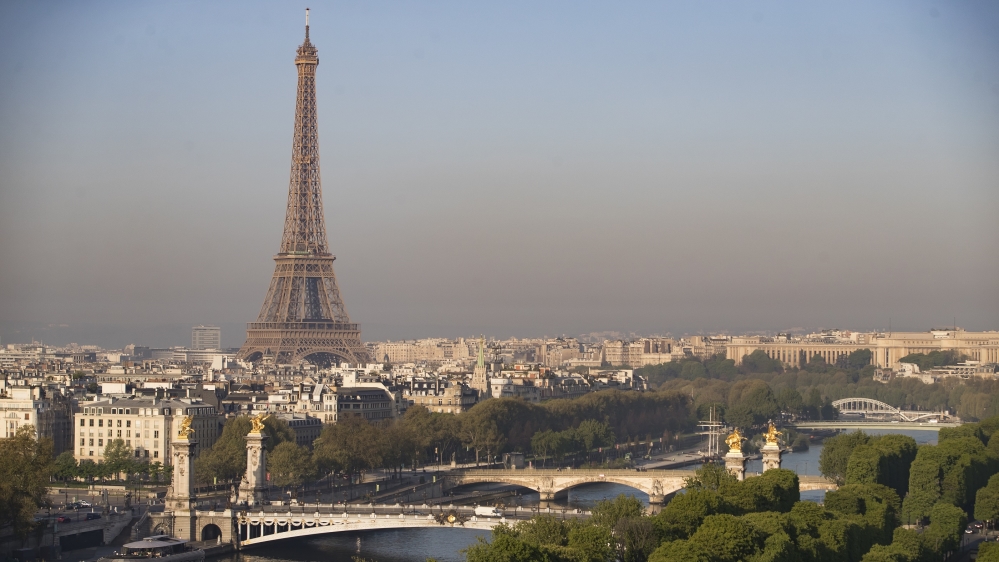 No information about the incident was initially released by authorities, leading to criticism from online users.

French police have launched an investigation after two women were stabbed near the Eiffel Tower in an apparent racist incident.

The victims were injured with a knife near the famous Paris monument on Sunday, after an altercation involving “an unleashed dog”.

Police confirmed in a statement that they had intervened “following a police call for help for two women with stab wounds at the Champ-de-Mars” at approximately 8pm (18:00 GMT).

Two other women were in police custody on Tuesday, according to the Paris public prosecutor’s office, and an investigation for attempted intentional homicide has been opened.

Paris firefighters confirmed on Tuesday to AFP that they intervened about 8:50pm in Paris on Sunday to rescue two women.

No information about the incident was initially released by authorities, which led to criticism from online users.

People on social media have identified the two victims as Muslim women who were wearing the hijab. Al Jazeera is attempting to verify the information.

The incident follows rising tensions in France over the beheading of history teacher Samuel Paty in the Paris suburbs last Friday.

Members of the country’s Muslim community have complained of increased Islamophobia caused by a government clampdown on mosques and Muslim organisations.

More than 50 Muslim organisations are being scrutinised.

The “Cheikh Yassine Collective” has already been banned in the wake of the killing; its founder had published a video on YouTube insulting Paty.

Dozens of legislators urge US to boycott Saudi Arabia-hosted G20