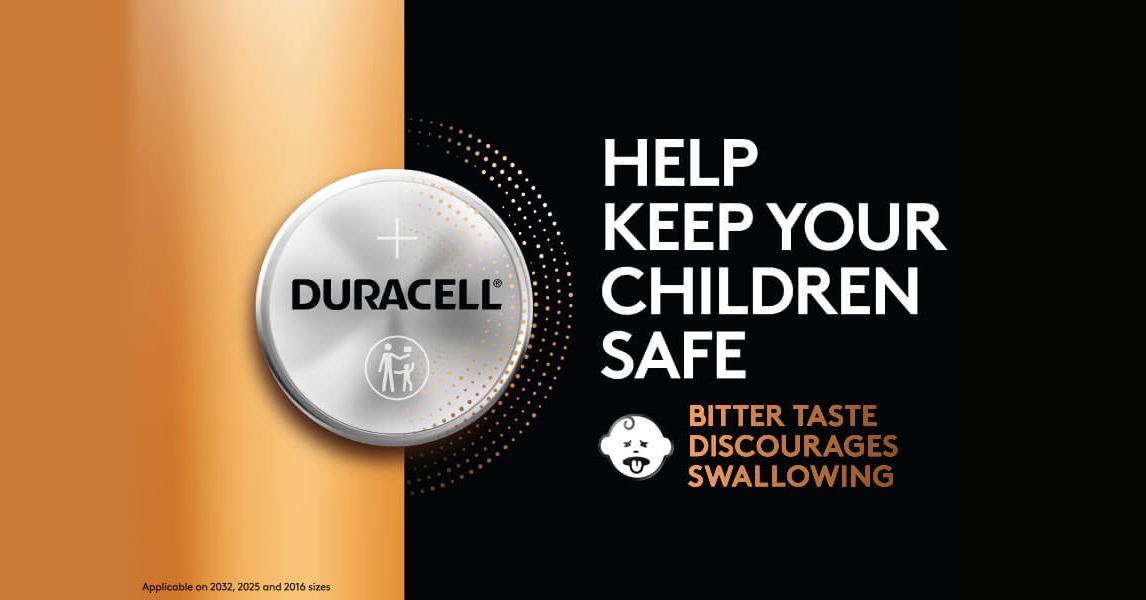 Duracell is trying to make its coin cell batteries a little less enticing to eat: the company is adding a new bitter coating to its 2032, 2025, and 2016 size lithium coin batteries, with the aim of discouraging young children from accidentally eating the otherwise (apparently) irresistible-looking batteries.

The new batteries — which began rolling out in stores earlier this month — feature a coating on the bottom that reacts with saliva to release a bitter taste that will in turn discourage children from actually swallowing the battery. Duracell notes that swallowing a lithium battery can cause a “harmful chemical reaction in as little as two hours.” By making the batteries too bitter to swallow, the company is hoping to prevent those issues from coming up.

Don’t try this at home

According to the company, the increased prevalence of coin cell batteries is due to ever smaller electronic devices (like remote controls or Bluetooth trackers). The fact that the batteries are potentially dangerous to kids also means more annoying product design for adults, like Ikea’s frustratingly difficult-to-remove battery door on its Sonos remote.

The idea of using a bittering agent to discourage accidental gadget snacking isn’t a new one — most famously, Nintendo uses a similar method to discourage kids from eating physical Switch game cartridges. And while it’s not clear whether Duracell is using the same bittering agent as Nintendo, if it’s anything like the Switch cartridges (which The Verge’s executive editor Dieter Bohn says “tastes like insecticide,” “It is literally the worst thing,” and that the taste “won’t go away. I don’t want to do this again,”) it likely should do a pretty good job of discouraging accidental battery snacks.