The DJI Pocket 2 is drone-maker DJI’s latest handheld stabilized vlogging camera, and comes with an upgraded camera, more microphones, and new modular design. It’s releasing on November 1st with a starting price of $349 for a basic selection of accessories, but there’s also a $499 kit that comes with an extra lens, tripod, external microphone, and feature-packed handle.

Although the Pocket 2 has a similar design to the original Osmo Pocket, with a small grip topped with a camera mounted on a three-axis gimbal, its internals have been upgraded across the board. For starters, it has a larger 1/1.7-inch image sensor compared to the original’s 1/2.3-inch sensor, and its lens offers a wider 20mm field of view with an aperture of f/1.8 compared to 26mm f/2.0 last time around. The maximum video quality is unchanged at 4K/60fps, but DJI says there’s a new HDR video option that will be available at a later date.

Releasing next month with a starting price of $349

Perhaps more important is the upgraded audio recording, considering it was one of our key issues with the original camera. The Pocket 2 contains four microphones — double the original. The new microphone array is capable of adjusting the audio its recording based on where the camera is facing, and it’ll also automatically narrow the sound field when the camera zooms, which sounds similar to what we’ve seen Samsung attempt in recent smartphones. Hopefully these tweaks make for better built-in sound recording, but rest-assured you still have the option of using external wired or wireless mics via accessories.

Speaking of zooming, the camera can handle up to 8x zoom when in 64-megapixel mode, according to DJI, reducing to 4x “lossless zoom” if you step down to the 16-megapixel mode or 1080p. The camera’s focus system has also been upgraded compared to the previous model, DJI says, and there are new software features including Fast Wake to power the camera on quicker, and Drop Aware to offer protection in case of falls.

The bottom portion of the Pocket 2 camera’s handle can now be swapped out and replaced with other options thanks to its new modular design. Compatible accessories include DJI’s “Do-It-All” handle which includes a tripod base, Wi-Fi and Bluetooth module, speaker, 3.5mm jack, and wireless microphone receiver. Other accessories include a wide-angle lens, and a waterproof housing. 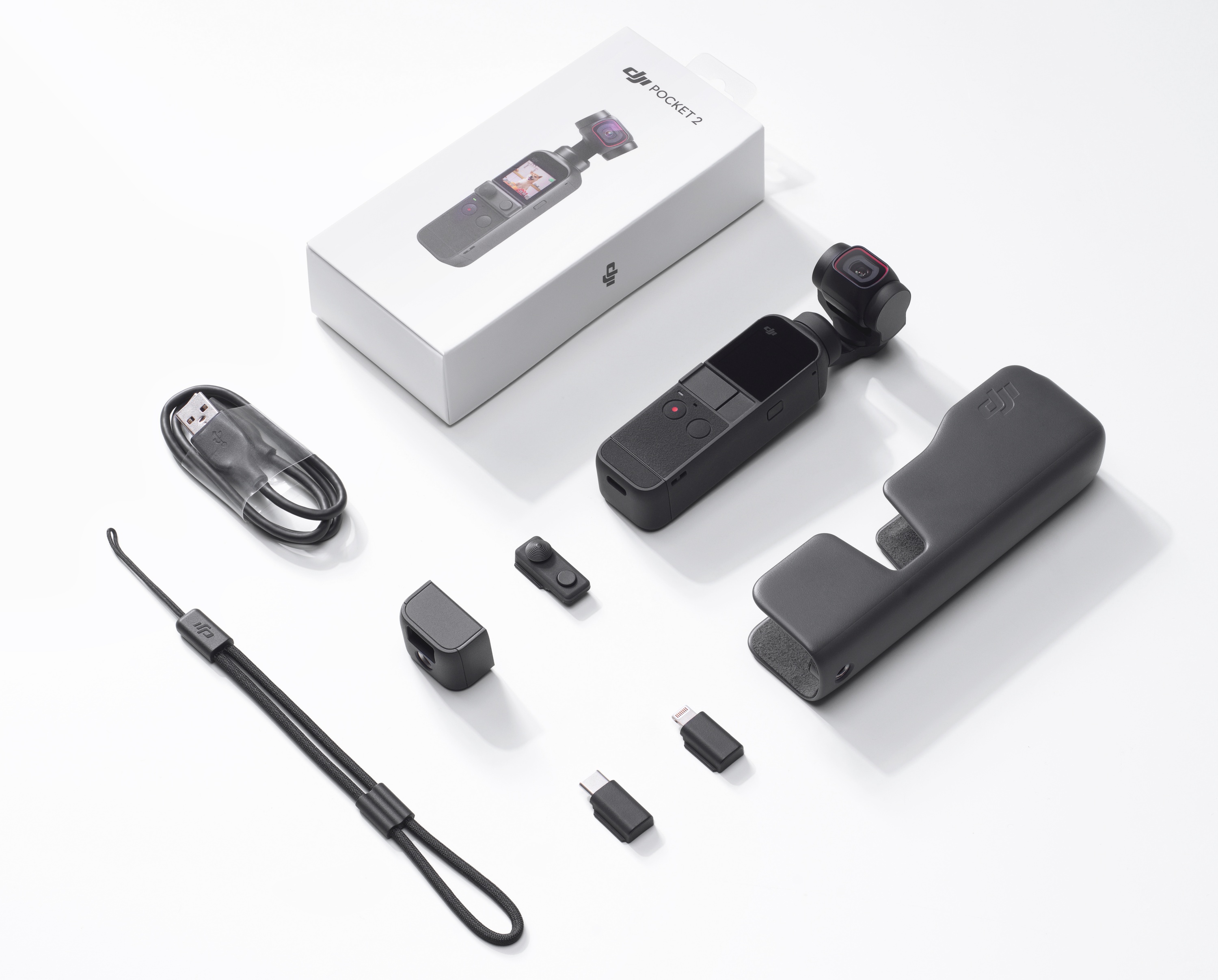 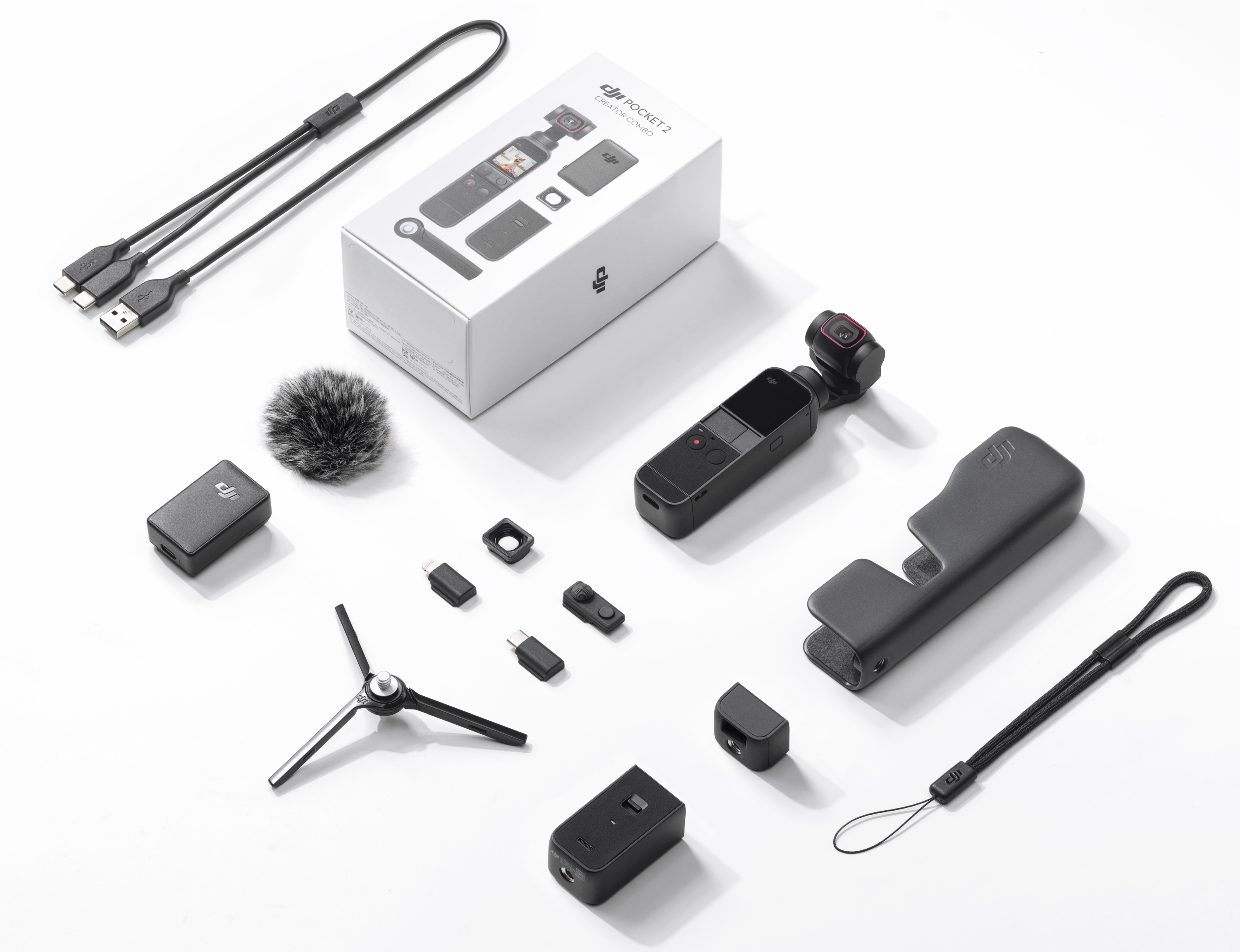 Like the original camera, the DJI Pocket 2 can either be used as a standalone stabilized camera, or else attached to and controlled with a smartphone wirelessly or via a physical connector. DJI’s Mimo app can be used on an attached phone to film, edit, and share videos and photos.

For $349, you get the camera and a basic selection of accessories, including a Mini Control Stick and 1/4-inch tripod mount. $499 gets you the camera and both accessories, plus a wide-angle lens, wireless microphone with windscreen, DJI’s Do-It-All handle, and a micro tripod.

Apple iPhone 12 Pro review: ahead of its time