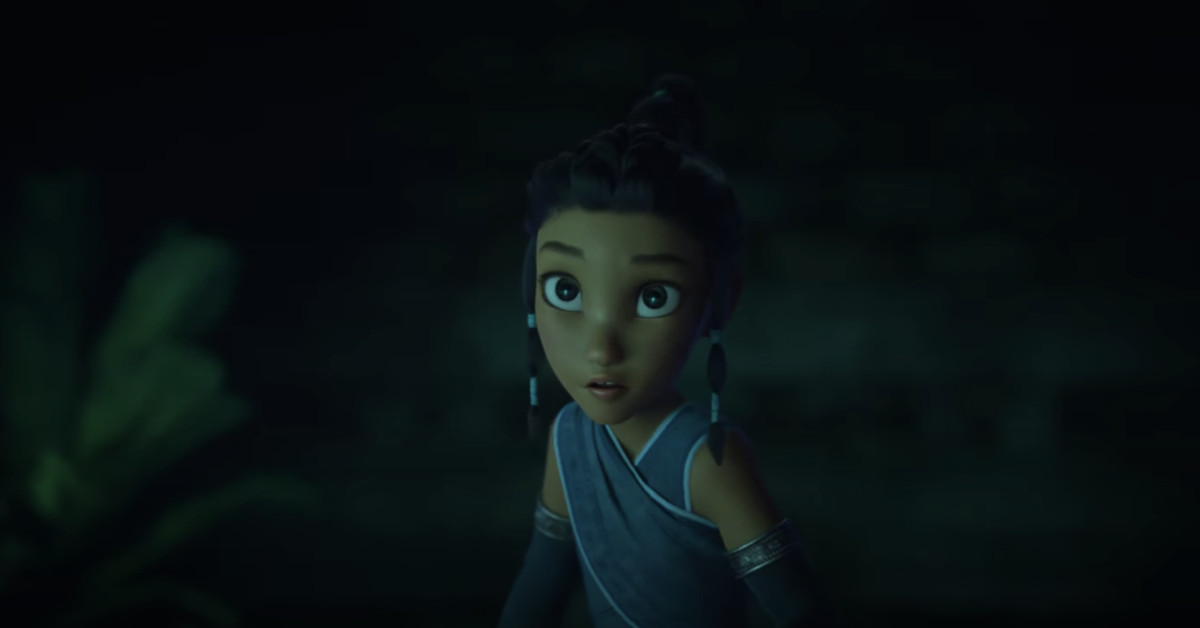 If the first trailer for Raya and the Last Dragon, the next film out of Walt Disney Animation Studios (the same studio behind Frozen and Moana), gives you serious Legend of Korra vibes, you’re not alone.

Disney debuted the first trailer for its new animated feature today, introducing people to Raya, a young girl on the hunt for the last dragon in order to restore peace to her divided world. The trailer follows Raya as she makes her way through a cave of sorts alongside her armadillo pal, TukTuk. Using martial arts skills she’s spent years practicing, Raya encounters a mysterious villain she’s forced to fight in her quest.

Raya and the Last Dragon is currently slated to hit theaters in March, but like nearly every movie this year, that date could change. Although more theaters are beginning to open in the United States, it’s unclear when theaters will open to a wider capacity or if they’ll remain open through the winter months. Two of Disney’s last animated films, Soul and Onward, made their way to digital platforms much earlier than expected, with Soul now debuting exclusively on Disney Plus on Christmas.

Still, we can hope that things do work out since Raya and the Last Dragon looks dope. The official synopsis can be read below:

Long ago, in the fantasy world of Kumandra, humans and dragons lived together in harmony. But when an evil force threatened the land, the dragons sacrificed themselves to save humanity. Now, 500 years later, that same evil has returned and it’s up to a lone warrior, Raya, to track down the legendary last dragon to restore the fractured land and its divided people. However, along her journey, she’ll learn that it’ll take more than a dragon to save the world—it’s going to take trust and teamwork as well.

What’s on your desk, Sam Byford?