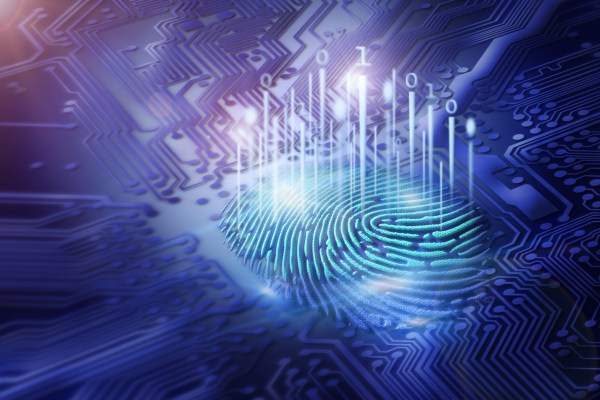 The company he launched in January, FingerprintJS, touts itself as a new kind of toolkit offering browser fingerprinting as a service for any application.

The company, based on an open source project that already has 5 million downloads and 8,000 websites using the service (and hundreds of paying customers, according to the company), is a variation on the browser fingerprinting technology that companies have been using for years.

FingerprintJS uses the same canvas fingerprinting, audio sampling, WebGL fingerprinting, font detection and browser plugin probing tech that’s available on the market, but de-identifies the fingerprint from a specific device by generating a unique identifier of a browser without using cookies. Companies can store the identifier in their database and then track its behavior, the company said on its website.

The open source project was actually started five years ago by Valentin Vasilyev, according to the project’s Github page. Vasilyev and Pinto worked together at Pinto’s last startup, Machinio, which was sold back in 2018. The two men launched a business around Vailyev’s project in January and have raised $4 million in financing to support the commercialization of the project.

“The open source community was pivotal to our success thus far,” said Vasilyev, in a statement. “We will continue to build upon that base and focus on selling to developers first. Software engineers understand technology and are starting to recognize how effective our product is to help stop fraud.”

Funding came from Nexus Venture Partners, with participation from Hack VC, the Entrepreneur Roundtable Accelerator’s Remarkable Ventures fund and angel investors like Rony Kahan, the chair and co-founder of Indeed, according to a statement from FingerprintJS.

“FingerprintJS APIs make it possible for developers to quickly embed fraud detection and prevention capabilities into their code,” said Abhishek Sharma, principal at Nexus Venture Partners, in a statement. “We are excited to partner with the FingerprintJS team because of their product-led bottom-up technology development and distribution in a category that has historically been reliant on top-down enterprise sales.”

One potential roadblock to FingerprintJS’ growth comes from recent the General Data Protection Regulations enacted by the European Union and better known by their acronym, GDPR. Those regulations restrict the use of several browser fingerprinting and tracking technologies. Some browsers, including Chrome, Firefox, and Safari, have even set up their own controls to limit the amount of data a website can use to track visitors online.

“We have a unique opportunity to disrupt the fraud technology market by enabling our customers to build fraud prevention in their applications rather than it being an afterthought just as Stripe has done with payment processing,” he said in a statement provided by the company. “Think of online fraud as a shell game where malicious users are constantly trying to hide themselves in order to commit fraud. Existing solutions try to generate a fraud score for each visitor without trying to understand who they are. We focus on uniquely identifying malicious users which directly solves the underlying fraud problem.”

Kegg, a connected fertility tracker and kegel trainer for women, launches out of beta

Congresswoman Alexandria Ocasio-Cortez achieved what many non-gaming figures have tried and failed to do, and managed to successfully crossover onto Twitch. As part of a bid to get viewers to vote, she played a rousing game of Among Us on a new Twitch channel with several other popular streamers, and accrued several hundred thousand viewers — all of whom she encouraged to go vote.

Anyone want to play Among Us with me on Twitch to get out the vote? (I’ve never played but it looks like a lot of fun)

The purpose of the stream was to get the word out that American viewers should vote in the upcoming US Presidential election, though I’m sure several of the people who tuned in just wanted to see how good AOC was at Among Us. The whole stream seems to have come together a bit haphazardly, with several streamers tripping over themselves to join her when she tweeted about streaming. AOC was eventually joined by Rep. Ilhan Omar, Pokimane, HasanAbi, Dr. Lupo, Disguised Toast, Hbomberguy, Corpse Husband, Valkyrae and others.

The viewer count at its peak was roughly 435,000 viewers, which would put it up there with the Ninja-Drake collab and Shroud’s return to the platform in terms of viewer counts — awfully impressive for a stream that’s not a dedicated esports channel. It’s the kind of Twitch debut new streamers dream about.

Even if you’re not a particular AOC fan, it was still a very entertaining stream, as Among Us streams tend to be. AOC was the imposter on the first round and managed to take out several other streamers before being caught. Here are some of the highlights:

The best moments from @AOC‘s Among Us stream on @Twitch last night. pic.twitter.com/13dGGgeWTF

Politicians or other public figures joining Twitch when not commonly associated with gaming is a source of perpetual amusement. President Trump started broadcasting his political rallies on Twitch, as did Senator Bernie Sanders. The Biden campaign has also attempted to appeal to younger gamers via Animal Crossing. It can often come across as… well, you know the Steve Buscemi meme, I’m sure. This stream appears to have been more successful, as suggested by the viewer count.

Congresswoman Ocasio-Cortez has previously called the US Army for attempting to use Twitch as a recruitment tool, saying, “It’s incredibly irresponsible for the Army and the Navy to be recruiting impressionable young people and children via live streaming platforms.” As she puts it “war is not a game” and her use of the platform to encourage of-age Americans to vote in the upcoming election looks benign in comparison.

Today during a call with investors and journalists, Tesla CEO Elon Musk was asked to expand a tweet from yesterday. In it, he stated: “Tesla should really be thought of as roughly a dozen technology startups, many of which have little to no correlation with traditional automotive companies.”

In short, he explained there are over a dozen startups in Tesla, and he views every product line and plant as a startup. It’s an interesting point of view from the top of Tesla, a car manufacturing company that also builds batteries, home solar panels, and among other things, is looking to offer car insurance, too.

Outside of vehicle manufacturing, Musk points to insurance when asked about the growth potential. He says the insurance business could grow into 30-40% of Tesla’s car business.

This strategy seemingly works well for Tesla, which constantly rolls out updates to existing products at an unusual pace. New features arrive without much warning, and it makes sense when Tesla is treating different vehicle component divisions as a collection of companies instead of a collection of divisions.

According to Musk, some of the so-called startups include autonomy, chip design, vehicle service, sales, designing a drive unit, motors, supercharger network, and soon insurance.

“The thing people don’t understand about Tesla is [the company] is a whole chain of startups,” Musk said. “And then people say, ‘well, you didn’t do that before.’ Yeah, well, we’re doing it now. I think we may have been a bit slower than other startups, but I don’t think we’ve really had anything fail.”

He concluded there are no plans to spin out any business, noting there’s no need to add complexity.

Eric Schmidt, who bought YouTube for a premium, thinks social networks are ‘amplifiers for idiots’ 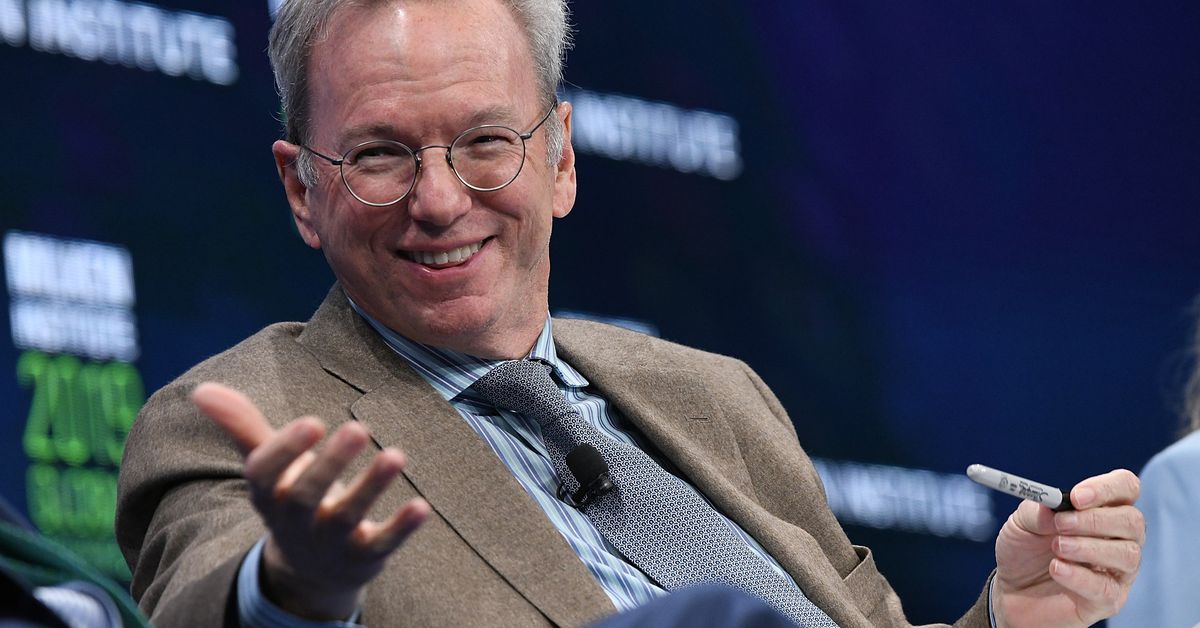 The Verge used to have a fine tradition of cataloging all of the times when Eric Schmidt stuck his foot in his mouth, and today’s feels like a worthy addition: the former Google CEO and executive chairman has decided that social networks are “amplifiers for idiots.”

The fuller quote, according to Bloomberg: “The context of social networks serving as amplifiers for idiots and crazy people is not what we intended.”

Without knowing who “we” refers to, you might think he’s talking about how the entire tech industry has failed to keep sites like Facebook and Twitter from creating echo chambers and polarizing politics around the world (though some argue we can’t blame social networks alone).

He’s certainly a member of the tech elite, one who had the ear of many other CEOs and even engaged in some extremely shady dealings that way.

“Not what we intended”

But you may recall that Schmidt also personally controlled one of the biggest social networks for many years: YouTube. He presided over the $1.65 billion buyout in 2006 and did it precisely in his role as a visionary, paying as much as $1 billion more than he thought it was worth at the time. He then stayed on as Google’s CEO until 2011 and was Alphabet’s executive chairman until early 2018.

This year, YouTube finally revealed it makes $15 billion a year, so perhaps the purchase has now been justified on purely financial terms. Societally, however, it sounds more like he’s apologizing that the golden age of YouTube is over. It’s “not what we intended.”

Schmidt was also asked about the landmark antitrust case Google’s currently facing down with the Department of Justice, and Bloomberg has this gem of a quote:

“I would be careful about these dominance arguments. I just don’t agree with them,” Schmidt said. “Google’s market share is not 100%.”

I guess antitrust only kicks in once you’ve locked out every competitor and now serve literally every human being on earth?

Trump slams US stimulus deal on Twitter as talks continue