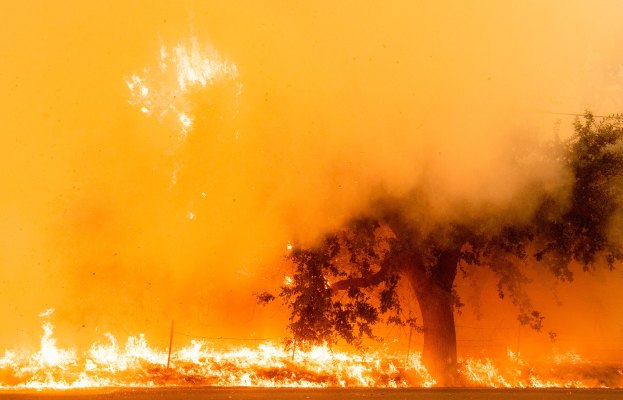 Pachama, the forest carbon sequestration monitoring service that tracks how much carbon dioxide is actually captured in forestry offset projects, has raised $5 million in fresh funding from a clutch of high profile investors including Amazon, Breakthrough Energy Ventures.

The investment is one of several deals that Amazon has announced today through its Climate Pledge Fund. Breakthrough Energy Ventures, the firm backed by Bill Gates and other billionaires, led the round, which brings Pachama’s total haul to $9 million so it can scale its forest restoration and conservation emissions reduction monitoring service, the company said.

With the Western United States continuing to burn from several fires that cover acres of drought-impacted forests and deforestation continuing to be a problem around the world, Pachama’s solution couldn’t be more timely. The company’s remote verification and monitoring service using satellite imagery and artificial intelligence measures carbon captured by forests.

It also couldn’t be more personal. Pachama’s founder, Diego Saez-Gil, lost his own home in the wildfires that tore through California earlier this year.

“We will need to restore hundreds of thousands of acres of forests and carbon credits can be the funding mechanism,” Saez-Gil wrote in a direct message.

“There is growing demand from businesses with ESG commitments looking for ways to become carbon neutral, and afforestation is one of the most attractive carbon removal options ready today at scale,” said Carmichael Roberts, of Breakthrough Energy Ventures, in a statement. “By leveraging technology to create new levels of measurement, monitoring, and verification of carbon removal—while also onboarding new carbon removal projects seamlessly—Pachama makes it easier for any company to become carbon neutral. With its advanced enterprise tools and resources, the company has enormous potential to accelerate carbon neutrality initiatives for businesses through afforestation.”

Polestar built a better car than Tesla; now it needs to build a better brand