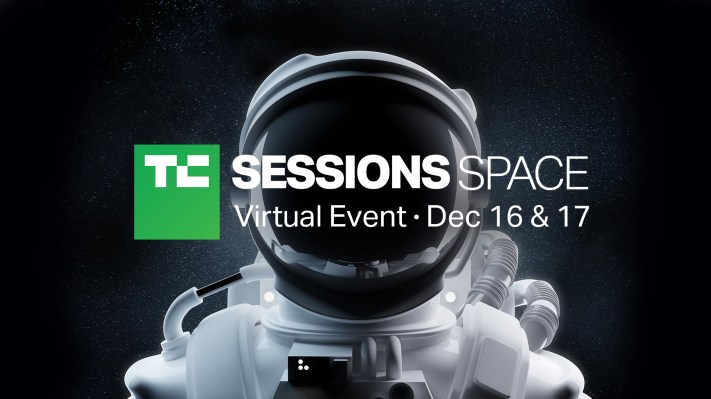 TC Sessions: Space is happening this December 16 and 17 – our first ever dedicated space event. This is a live, virtual two-day conference featuring the most important people in the space industry, across public, private and defense.

We’re thrilled to be hosting NASA Administrator Jim Bridenstine, Rocket Lab CEO and founder Peter Beck, U.S. Space Force Chief of Space Operations General Jay Raymond, Lockheed Martin VP and head of civil space programs Lisa Callahan and many more. In addition to the firesides and panel discussions of the virtual stage, the event will also include networking, startup presentations, and the chance to connect with attendees from around the world.

Below, you’ll find the official agenda for TC Sessions: Space. It’s a packed two days already, but we’ve got some extra surprises in store, so keep an eye on the agenda over the coming weeks for more great speakers and sessions we’re adding.

If you want to be a part of this event, you can grab a ticket to get exclusive access to watch these sessions live (with access to video on demand), network with the innovators changing the space industry, discover the hottest early-stage companies, learn how to score grants for your space company, recruit talent or even find a job with an early-bird ticket for just $125. And we have discounts available for groups, students, those active military/government employees and for early stage space startup founders who want to give their startup some extra visibility.

From robots scooping rockets from the surface of galaxy-traveling asteroids, to preparing for the return of humans to the surface of the Moon, we’ll cover all aspects of scientific and civil exploration of the solar system.

Some investors spend a lot of their time looking to the stars for the next venture capital opportunity. It’s a market unlike any other, but does that change the math on equity-based investment?

How Earth observation is one of the real moneymakers in the space category and what’s ahead for the industry.

With our virtual platform, attendees can network via video chat, giving folks the chance to make meaningful connections. CrunchMatch, our algorithmic matching product, will be available to ensure you’re meeting the right people at the show, as well as random matching for attendees who are feeling more adventurous.

Lt. General Thompson is responsible for fostering an ecosystem of non-traditional space startups and the future of Space Force acquisitions, all to the end goal of protecting the global commons of space. He’ll talk about what the U.S. is looking for in startup partnerships and emerging tech, and how it works with these young companies.

The launch business is booming, but besides SpaceX and Rocket Lab, there isn’t anyone far enough along to truly capitalize in terms of new space startups. We’ll talk to the founders of companies hoping to be next in line.

Taking Entrepreneurship to the Moon, Mars and Beyond with James Bridenstine (NASA)

NASA is going back to the Moon – this time to stay. The agency has made tremendous progress towards this goal under Administrator Bridenstine, who will join us to talk about how they’re taking private partners with them this time around, including a lot of startups.

Hear from the head of the U.S. Space Force what it takes to secure an entirely new war-fighting domain, and how the newest branch of the U.S. military will be looking to private industry to make it happen.

Hang with us at the TechCrunch Desk to catch up on what you may have missed from across the show and a preview of what’s to come.

From Idea to Orbit with Peter Beck (Rocket Lab)

Rocket Lab has quickly become one of the most sought-after launch providers in the world. Founder and CEO Peter Beck will discuss the company’s approach to making space more accessible, from cheaper, faster launches to its new satellite platform.

Corporate VC funds are a key source of investment for space startups, in part because they often involve partnerships that help generate revenue as well, and because they understand the timelines involved. We’ll talk about how they fit in with more standard venture to power the ecosystem.

We’ll be talking about the best ways to understand what the Air Force needs and how to sell it to them.

Data connectivity and communications are key to commercial space monetization and the strategic plans for further space exploration and development. Hear from the key players about the state of play in the industry.

In Space, No One Can Change Your Oil – Yet with Daniel Faber (Orbit Fab) and Ron Lopez (Astroscale)

Once a spacecraft is in orbit, it’s on its own – but what if it could be refueled, repaired, refurbished, and if necessary, retired? OrbitFab founder Daniel Faber and Astroscale U.S President Ron Lopez will discuss how in-space operations could upend today’s engineering and business models.

If you’re interested in a sponsored speaking opportunity to join the stage with these fantastic speakers, contact us here to speak with someone from our sales team!

Why You Need a Travel Agent (Sometimes)