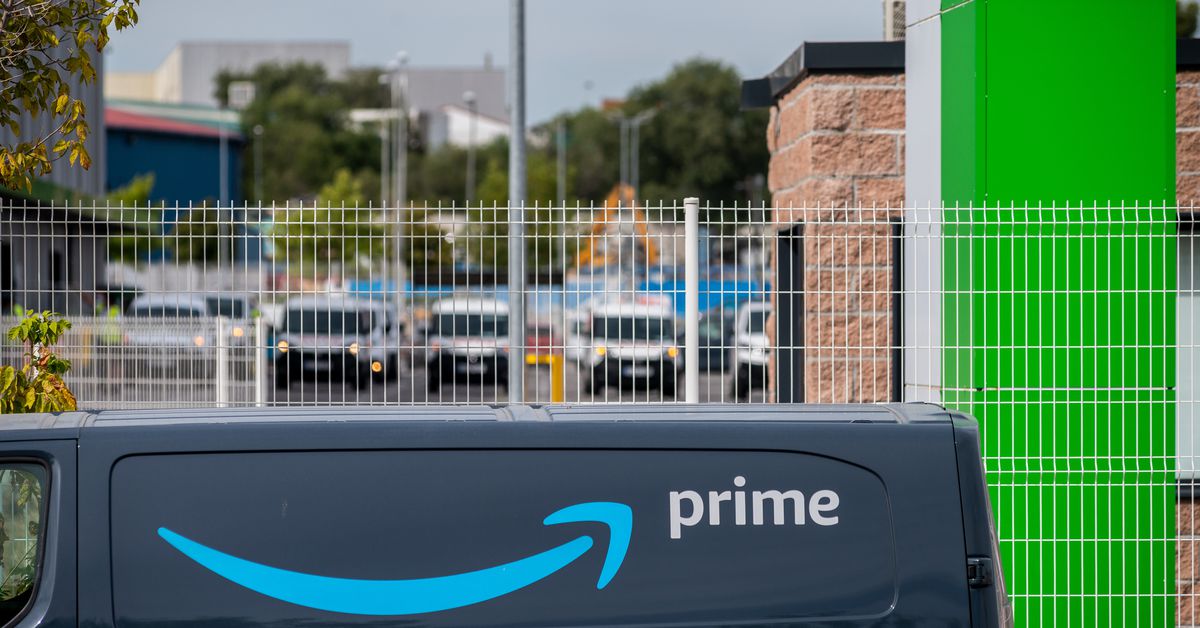 In its first round of funding from its $2 billion Climate Pledge Fund, Amazon is investing in the battery and e-waste recycling company led by former Tesla executive JB Straubel, along with four other companies. It’s not clear how much money each company will receive.

Amazon made the $2 billion commitment in June as part of efforts to slash its greenhouse gas emissions. Last September, the retail giant said it would cut or capture all of its planet-heating pollution, achieving net-zero emissions, by 2040. To hit that target, Amazon might need the technology being developed by the startups it’s now funding.

“I am excited to announce that we are investing in a group of companies that are channeling their entrepreneurial energy into helping Amazon and other companies reach net zero by 2040 and keep the planet safer for future generations,” Amazon CEO Jeff Bezos said in a statement.

If the technology and partnership develop as planned, Redwood Materials will help Amazon deal with the batteries that will inevitably be left behind by its planned fleet of electric delivery vans. Amazon announced its purchase of 100,000 electric vehicles from startup Rivian, another recipient of Amazon’s Climate Pledge Fund, when it made its sweeping climate commitment last September. The first 10,000 of those are supposed to hit the road by next year, Amazon says, with the rest following by 2030. Rivian is already one of the richest EV startups in the world, The Verge’s Sean O’Kane reports. It’s raised more than $5 billion in less than two years.

Electric vehicles will play a huge role in the transition away from fossil fuels to cleaner sources of energy. But when rechargeable lithium-ion batteries like those in Rivian’s EVs get tossed out, they do more than leave behind a big mess. A chemical process called “thermal runaway” can cause the battery to heat up until it burns or explodes. And mining for cobalt to build new batteries has been connected to child labor abuses on top of disastrous environmental damage.

That’s where Redwood Materials and its battery recycling technology comes in. Straubel is essentially solving a problem he helped to create as he drove the development of Tesla’s electric vehicles, particularly its batteries. Straubel co-founded Redwood Materials in 2017 as a side project and stepped down from his role as CTO at Tesla in July 2019. His focus now is on dramatically reducing the cost of making batteries, and thereby electric vehicles, by harvesting materials from old batteries. Over the next ten years, Straubel aims to bring down the cost of raw materials for batteries to half the price of newly mined materials, according to an August Wall Street Journal report. The endeavor essentially achieves two goals: accelerating the transition to greener electric vehicles and reducing the amount of waste and mining that might come with more EVs on the road.

“To fight climate change, we need to solve the impact products have on the environment. We’re honored to be part of the Amazon’s Climate Pledge Fund and to build the closed-loop supply chain that will recycle batteries, electronics and other end of life products for Amazon,” Redwood Materials CEO Straubel said in a statement.

Two of the other companies Amazon is pumping money into could bring down the carbon footprint of its buildings. Amazon will fund Turntide Technologies, which creates more efficient motors, and is piloting some of Turntide’s motors in its own buildings to reduce electricity use. And it’s investing in CarbonCure, a company that is tackling a huge problem in construction: the cement industry is responsible for generating up to 8 percent of global greenhouse gases each year. CarbonCure is developing technology that captures and sequesters CO2 in concrete.

Amazon still has a lot of work to do

The fifth company Amazon announced funding for, Pachama, verifies carbon offsets using satellites and AI. One of the ways Amazon is trying to mitigate its impact on the climate is by investing in forest conservation — it’s betting on trees to capture and store carbon that humans have unleashed into the atmosphere. But before a company like Amazon can use a forest to write off its emissions, it needs to make sure those carbon reductions aren’t being miscounted. Pachama aims to help companies keep their records clean. It’s especially important since forest offset projects don’t have a great track record of succeeding.

For all its investments, Amazon still has a lot of work to do to limit its damage to the planet. It released 15 percent more greenhouse gases last year than the year before as its sales grew. If Amazon doubling its profit during the pandemic is any indication of its carbon footprint for this year, that figure could be even bigger for 2020.